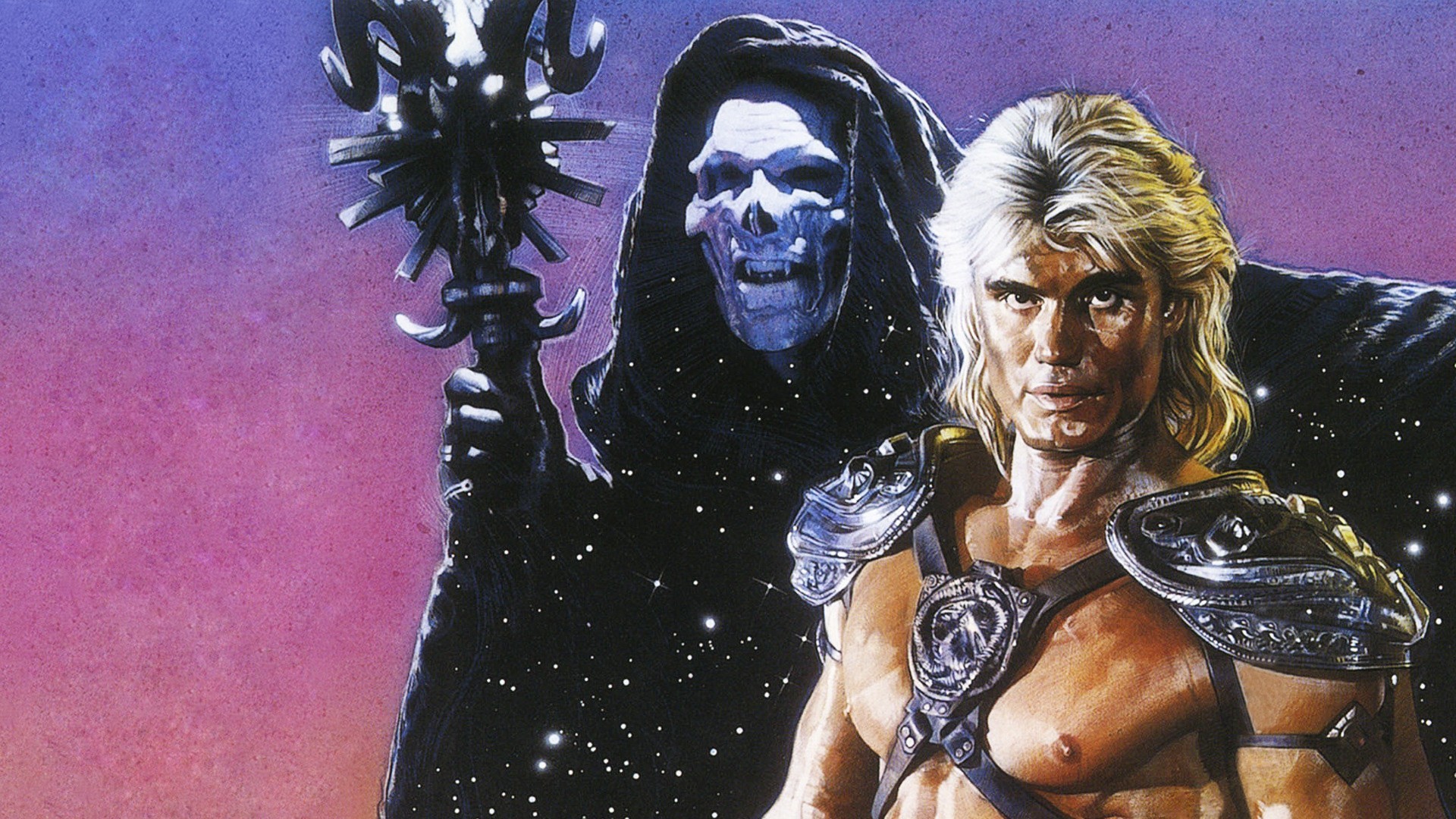 Netflix B-Sides: Masters of the Universe

I should not have watched Masters of the Universe on Netflix; I made a horrible mistake. The memories of watching Mortal Kombat last month were still too fresh; my childhood memories were not yet ready to take another hard hit like this so soon. Masters of the Universe (1987) is a movie funded almost entirely by Mattel to promote its He-Man toy line after He-Man and the Masters of the Universe was cancelled in 1985. The story starts in Eternia where He-Man (played by Dolph Lundgren) has lost castle Grayskull to Skeletor with absolutely no explanation and it seems Skeletor is now poised conquer the entirety of Eternia.  Starting the movie in its rightful setting was obviously far too expensive for the producers from Mattel to justify so within the first 20 minutes He-Man and his team is hastily transported to modern New York City by a super-weapon that allows them to travel the galaxy. Naturally, Skeletor and his minions make chase after He-Man and his leather clad posse of S&M enthusiasts.

The secondary characters in Masters of the Universe are laughable throughout and at times even hysterical. Skeletor’s army looks like they washed out of Storm Trooper Academy, and since Mattel demanded that no one dies on screen the bulk of the action are these robot peons exploding in horrible sparker effects. It only gets better with the introduction of Skeletor’s team of hired mercenaries who make up the most over-the-top cadre I have ever seen; a knife wielding bald assassin with an eye patch, a cobra headed demolitions experts, a giant beast-like Chewbacca knock off, and they are led by diminutive troll-demon hybrid. I believe these characters where created and realized after a toy executive spent a weekend locked in a cabin consuming nothing gallon of home-made cough syrup while playing with Korean knock-off action figures.

The finale of the movie has a teenaged Courtney Cox and her aspiring musician boyfriend using their keyboard and synthesizer to open a portal back to Eternia so that He-Man and his cohorts can finally retake Castle Grayskull from the nefarious Skeletor. That’s right, they used the power of music to open trans-space portal; there is nothing more 80’s than that. At this point the plot takes a hard right turn straight toward true bedlam after He-Man defeats Skeletor to become the one true Master of the Universe.  As a reward for helping He-Man return home, he uses his newly acquired powers to resurrect Courtney Cox’s parents who recently died in a tragic car accident.  Drop the mic; this movie is officially the silliest thing I have ever seen.

For a more authentic He-Man experience I recommend huffing paint and playing with Mattel’s action figures; but if you are out of paint or your mom sold your He-Man collectibles during a garage sale years ago I guess you can disgrace your cherished childhood memories by watching Masters of the Universe on Netflix. I give this 1 “I HAVE THE POWER” out of a possible 2.3 million.