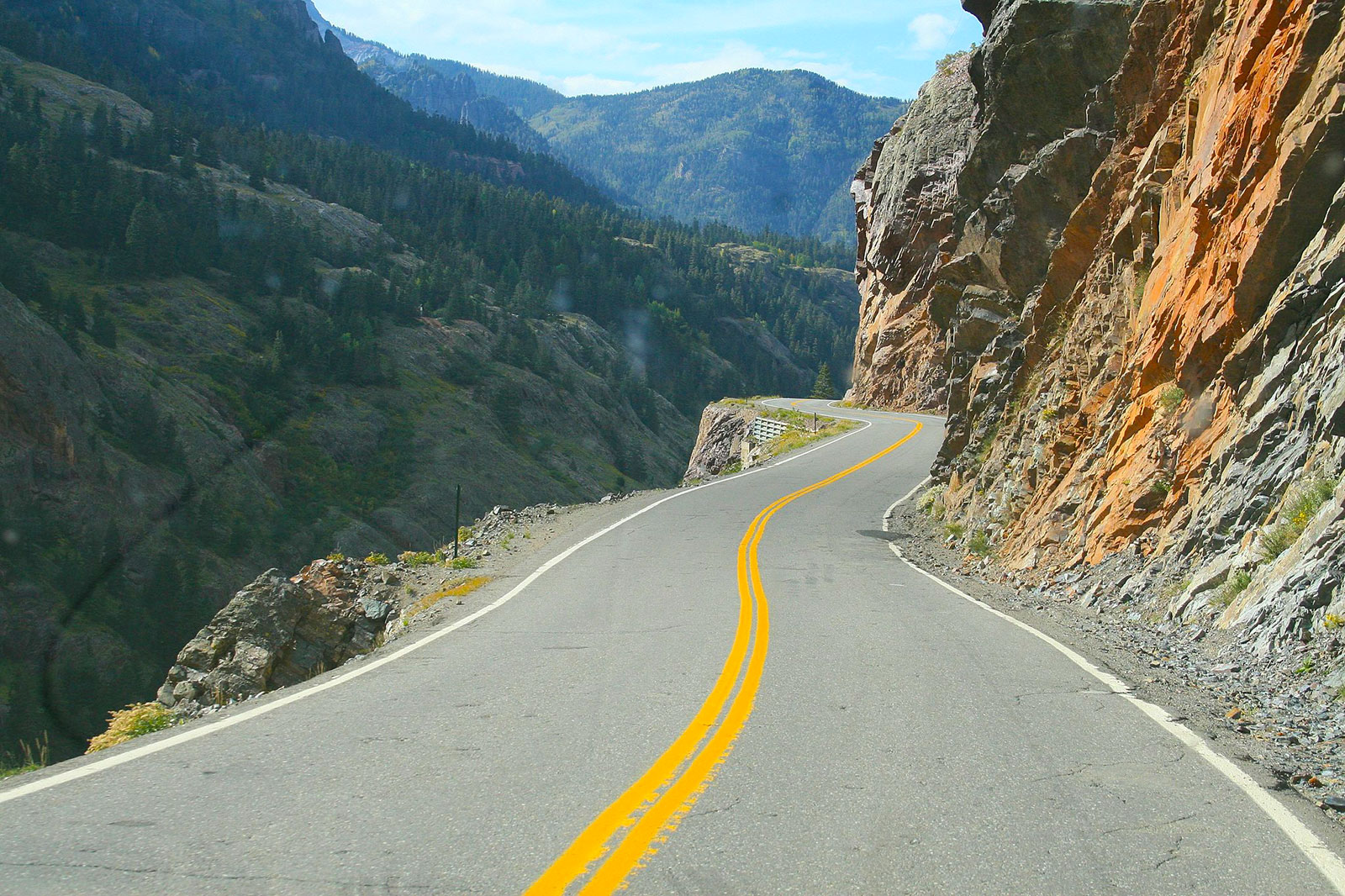 A Most Beautiful and Dangerous Road: Colorado’s ‘Million Dollar Highway’

California’s Pacific Coast Highway. Virginia’s Skyline Drive. Montana’s Going-to-the-Sun Road. All iconic American road trips that any driver worth their salt has daydreamed about since boyhood. Colorado’s Million Dollar Highway is on par with all of these, and — if you’re not a native of the state — we bet you’ve never heard of it.

The so-called Million Dollar Highway is actually a small, 12-mile stretch of US 550 (a road worthy of many road trips in its own right). On any standard map, the drive appears to be little more than a thoroughfare connecting the two tiny towns of Ouray and Silverton, Colorado. Save for a few hairpin turns, it’s deceptively straight and straightforward. In reality, it’s among the most radical paved roads in the United States.

The origins of the road are clouded in a combination of mystery and revisionist history. The general path was first cut by Otto Mears — a Russian immigrant and U.S. mail carrier who frequently traveled the San Juan Mountains. He quickly found the path to be quite necessary for others seeking passage across Colorado’s most wild and rugged mountain range. By 1882, he’d consequently opened the path as a rather lucrative toll road.

When the road was first paved in the 1930s, it was purely out of function and necessity. Few folks were interested in driving it for fun, leading many to believe the origin of the road’s name stems from one traveler noting, “I wouldn’t go that way if you paid me a million dollars.” Considering the lack of “amenities” like seatbelts in some early 20th century vehicles, it’s hard to blame him. Beginning south from Ouray (with the sheer gorge to the right), the road passes through Uncompahgre Gorge before climbing to the summit of Red Mountain Pass. It’s a harrowing and downright dangerous drive marked with narrow lanes (often shared by RVs), steep cliffs, sheer dropoffs, hairpin turns, and zero guardrails.

It’s also one of the most beautiful in the country. Every bend reveals yet another panoramic view of some of the most idyllic mountain scenery in the state with names like Electra Lake, Twilight Peak, and Lookout Point. Towering rock walls, rolling fields of evergreen, beautiful alpine lakes, abandoned gold and silver mines, and the ruins of settlements once full of wide-eyed miners who arrived in the valley to strike it rich nearly 100 years ago. Thankfully, there are viewpoints along the way, although drivers are often forced to park with a little too much ass in the road.

Surprisingly — or not, because, hey this is Colorado — the Million Dollar Highway is open year-round. While it does close in snow, more often than not, the local government encourages drivers to just throw on some chains and be on their way.