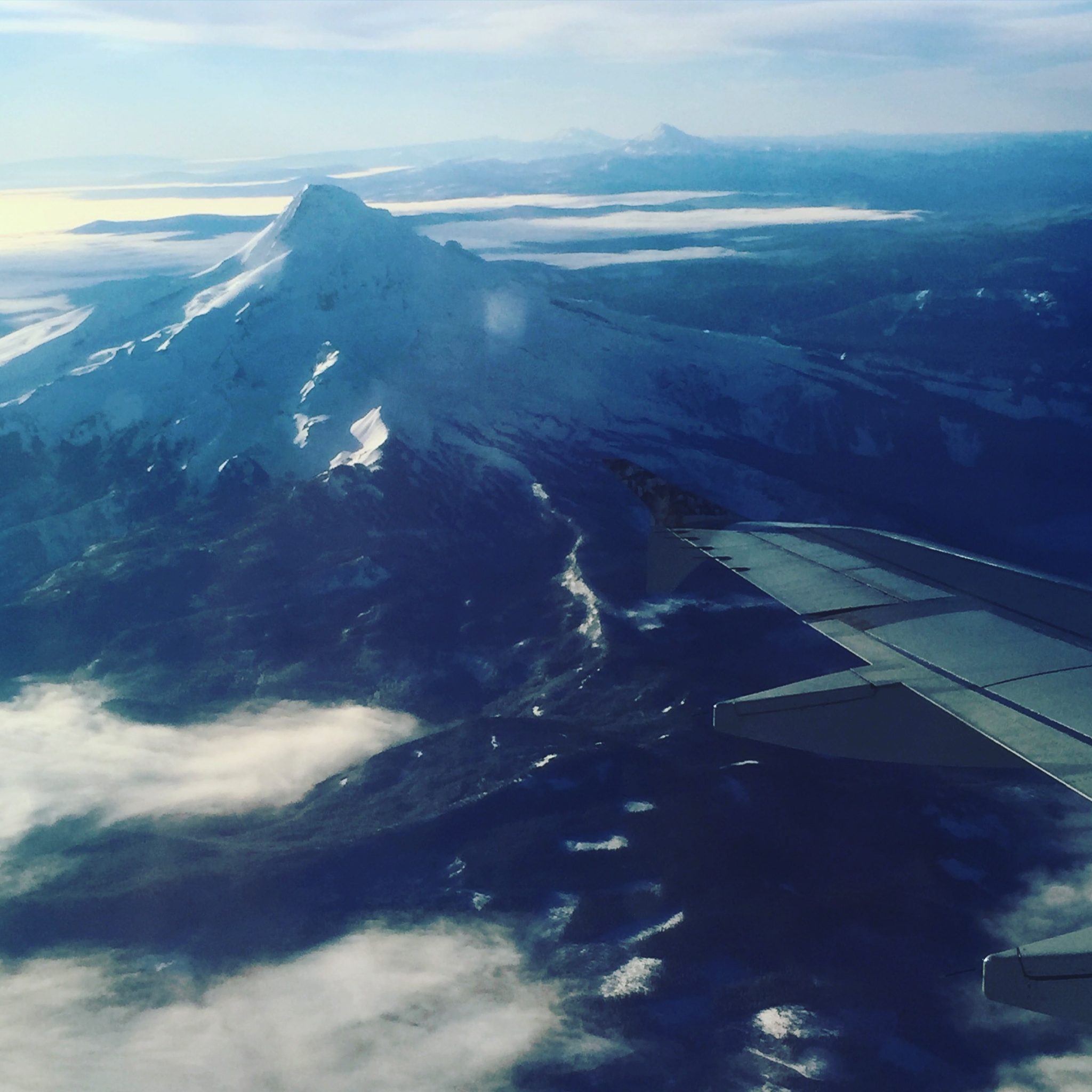 The 7 Best Places to Have a Beer in the PDX

My partner and I spent the long Martin Luther King Jr. weekend in Portland Oregon and had the time of our lives as we experienced some of the best beer this country has to offer. After being welcomed by the greatest views of Mt. Hood I have ever seen from the seats on our plane we immediately set out to explore the many craft breweries of the city. 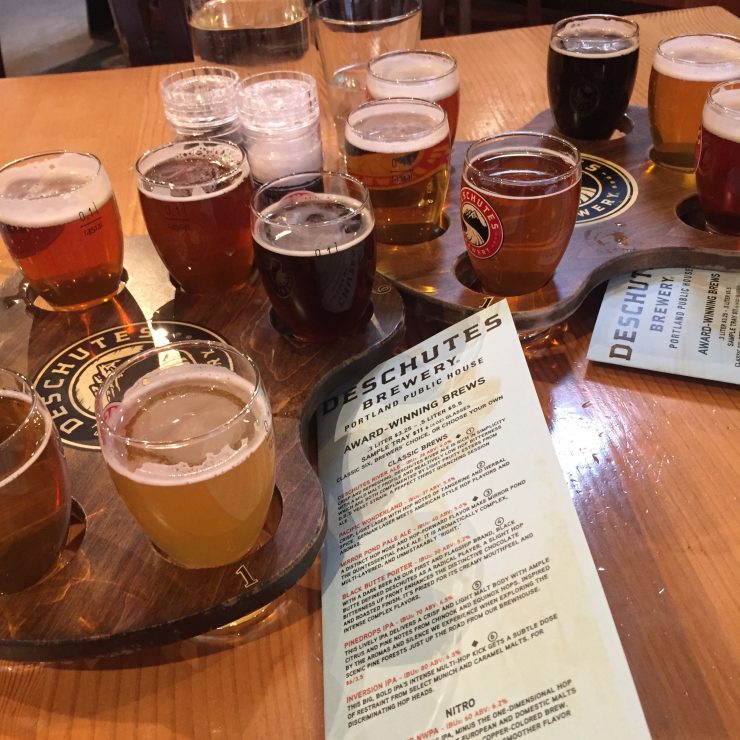 Our first stop was Deschutes Brewery where we had two flights of their best and most popular beers. Some notable favorites include their balanced, chocolaty and extremely creamy flagship Black Butte Porter, the distinct Sweet Tides Saison with pear and earthy notes, and the surprising Gin and Cinn with it’s notes of ginger and cinnamon. 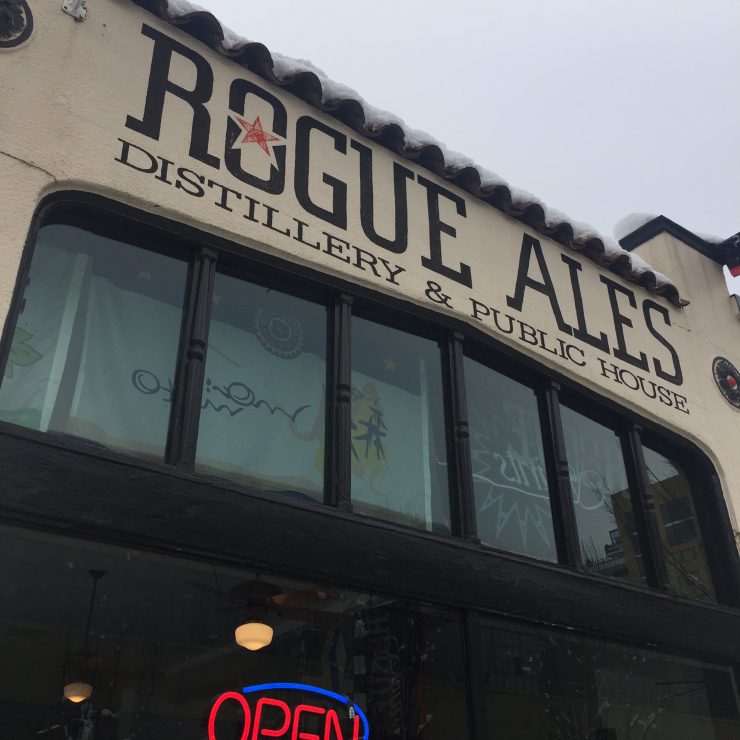 After Deschutes we ventured down the snow-covered streets to Rogue Ales and Distillery where their Cold Brew IPA stood heads and shoulders above the rest of the beers on tap. This balanced IPA featured distinct fresh coffee notes and aromas that awoke the senses while giving smooth over-notes to a slightly bitter IPA base, a creative and balanced beer that was perfect to enjoy on a snowy early afternoon. 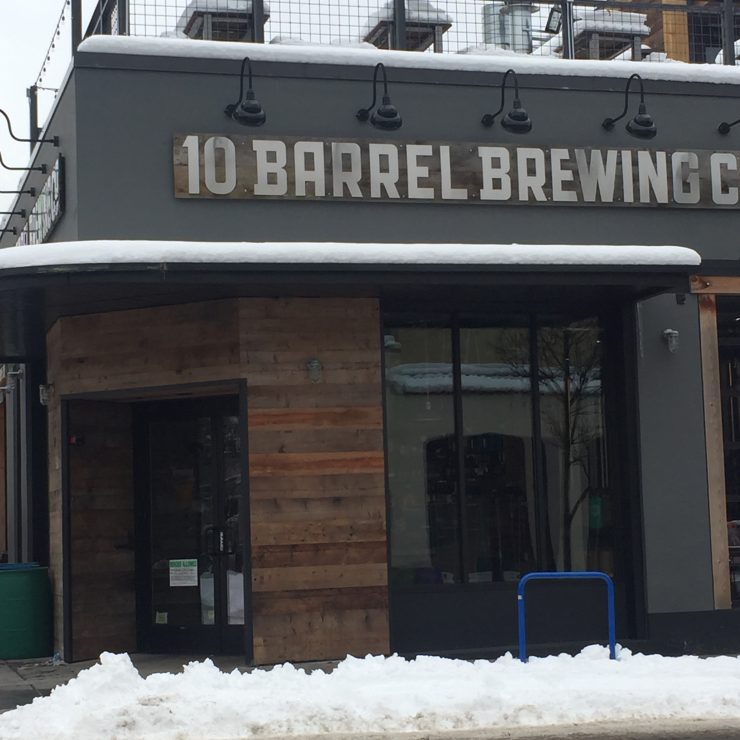 Across the street from Rogue was the breath taking 10 Barrel Brewing Co, a pilgrimage I knew I had to take ever since I reviewed their impeccable DUB double India Pale Ale last year. 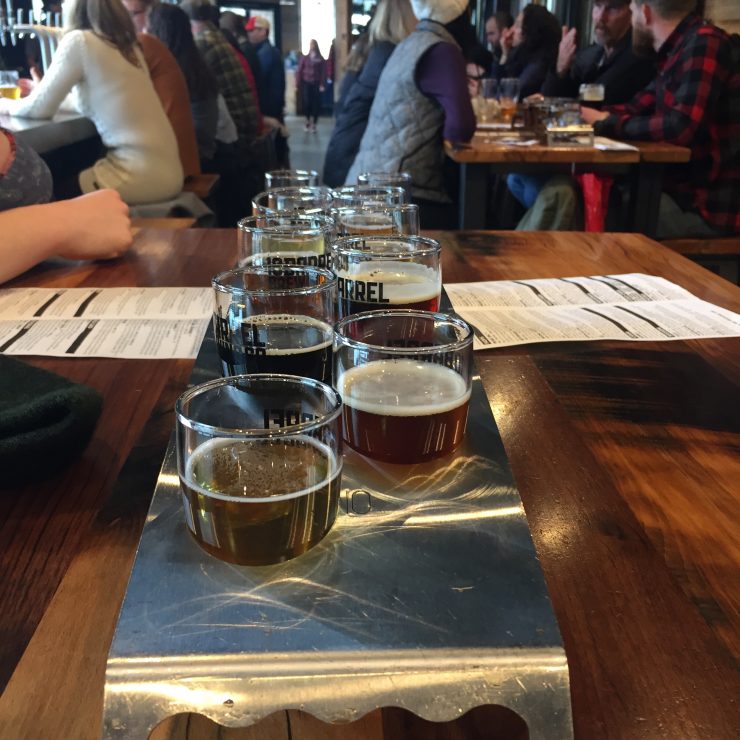 Their flagship west coast IPA Apocalypse was superb but was overshadowed by the taproom exclusive Pearl IPA and it’s juicy tropical fruit notes. The surprising Saison Trois featured two dueling yeasts in one beer that resulted in a dynamic and challenging saison that defied expectations resulting in a satisfying and refreshing multi-dimensional brew. My favorite however was the Merry Krampus; it stole the show with its spicy base with a smooth malt profile. 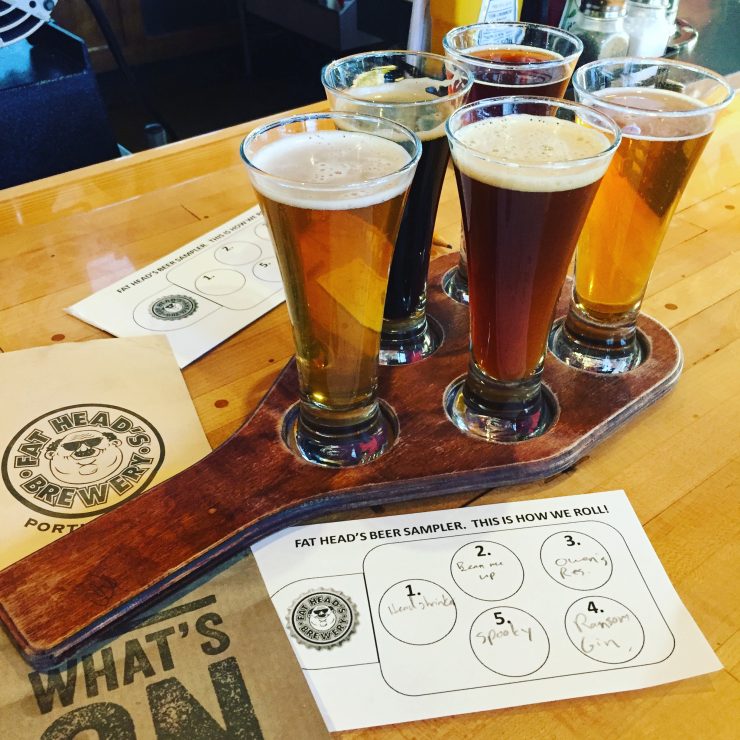 The next day we followed a friend’s advice and went to Fat Head’s Brewery, one I was not familiar with before the trip. Their most surprising beer the Gin Barrel Aged Headhunter IPA where juniper notes from the barrel infused an already delicious IPA creating a depth of flavor that I was not expecting in any way. Another standout was the Spooky Tooth Imperial Pumpkin Ale where pumpkin tastes balanced perfectly with brown sugar and other winter spices; it was a perfect slow sipper for such a cold and frozen day. 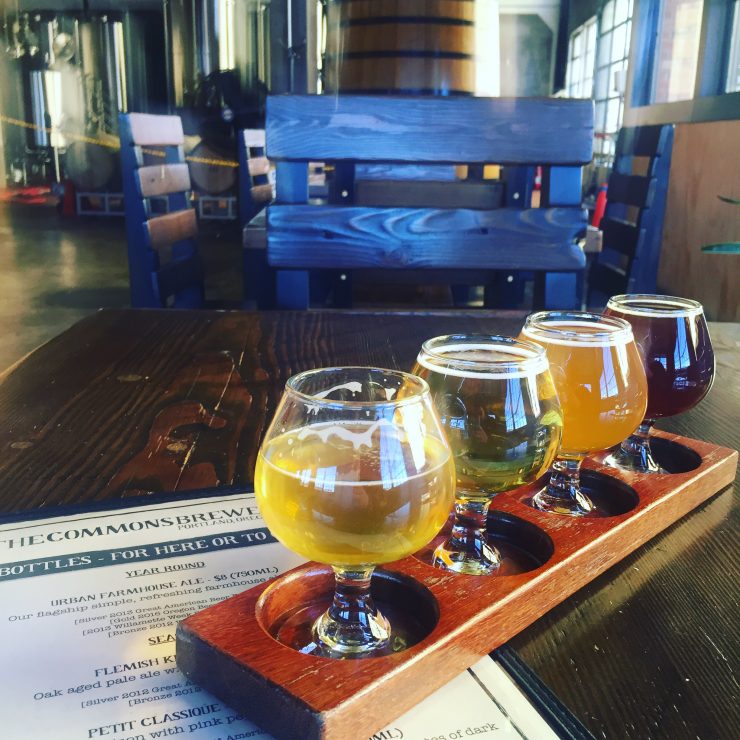 The Commons Brewery was a great European beer inspired operation with the best Farmhouse and Wild Ales I have ever had. Each iteration was creative and unique yet perfect to style and balanced. I could imagine no beers on earth that would go better with a fresh grilled german sausage. 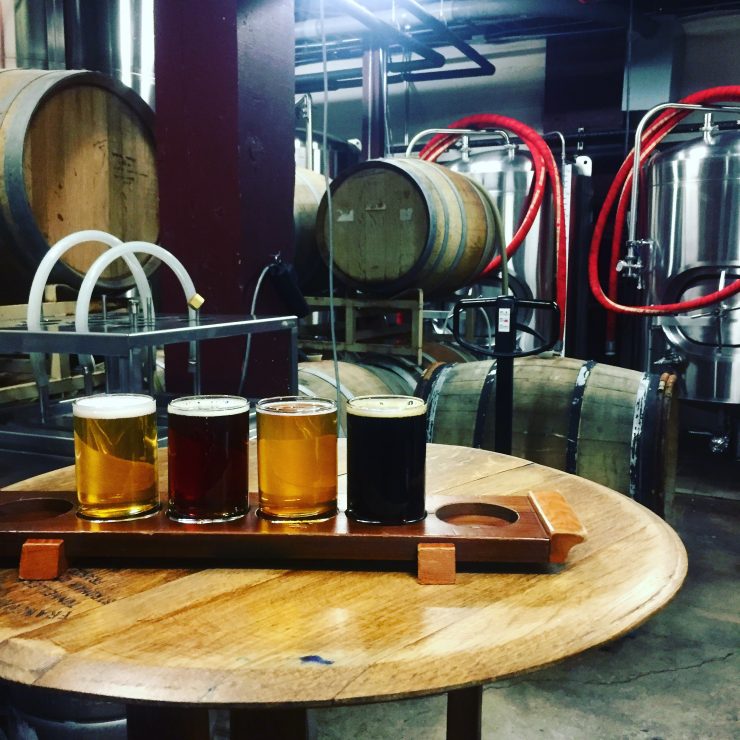 The best brewery by far was the one we visited last due to a whole hearted recommendation from one of the employees at Commons. Far away from the bustle of the city we found this small and hidden brewery tucked away in the basement below a marketing firm in an average office building. The tiny Upright Brewing was so small it set its few tasting tables between the working fermentors, barrels, and bottling line. The Sideline Saison is 80% triticale saison and 20% barrel aged ale brewed from brettanomyces yeast; it was a floral and sweet brew that drank easy yet revealed different notes in every sip. The Winter IPA is brewed in open containers adding wild yeast to the already multi faceted saison yeast with the balanced hop profile creating an accessible beer that everyone can enjoy. The best beer by far was the Belgium Wild Ales inspired Fantasia. Here orchard yeast is used in whole fruit beer and barrel-aged to perfection; this beer is true winter bliss. 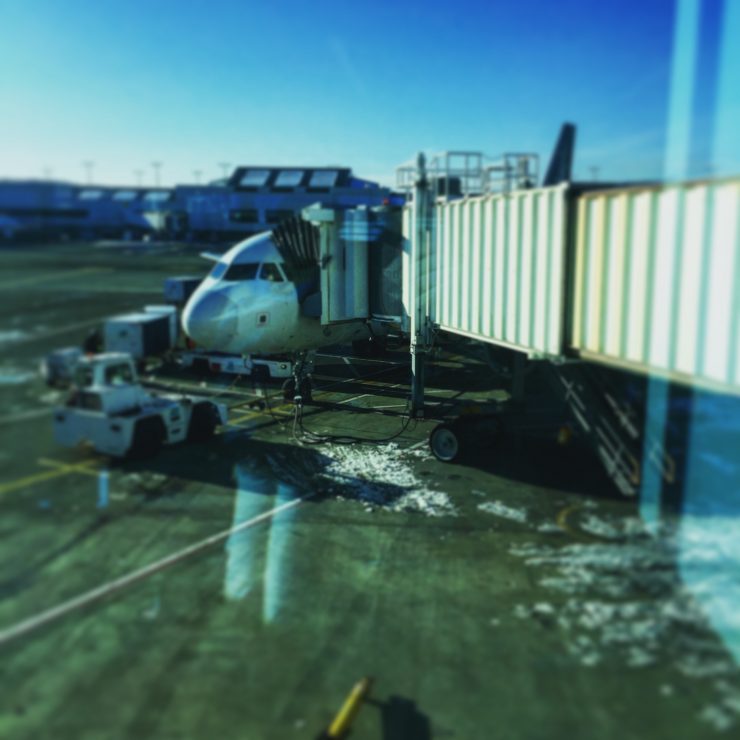 Our trip was one for the record books where brewery after brewery was amazing and beer culture permeated every facet of our experience. If you are a true beer lover be sure you make the pilgrimage to the brew heaven that is Portland Oregon. Be sure to adventure regularly and enjoy the beer while you do it.