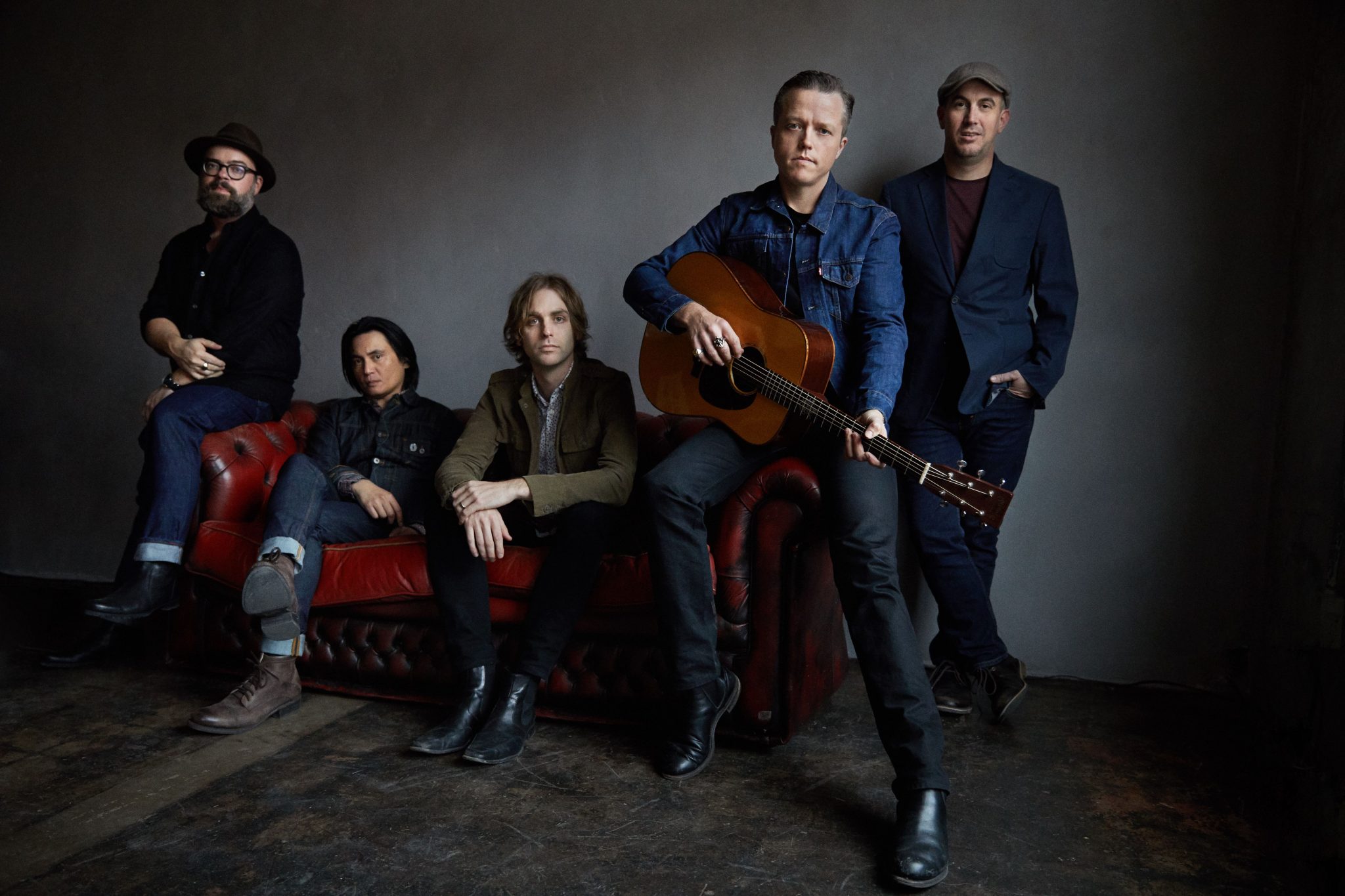 With The Nashville Sound, Jason Isbell Stakes His Claim as America’s Best Songwriter

For example, look at Jason Isbell, over the course of his solo career folks have tried to classify what he does as Americana, country, alt-country, roots, folk, twang, etc. And yes, you could squeeze Isbell into any of those boxes if you wanted to, but when you have an artist with the breadth of talent that Isbell possesses why would you want – or need – to pigeonhole him? He deserves better than that.

So, let’s call Isbell what he is, one of the best singer-songwriters working in music today – in any genre. If you don’t believe that, just pick up a copy of the record he and his band The 400 Unit are releasing on June 16, The Nashville Sound.

With this collection, his first with a full band since 2011’s “Here We Rest,” the 38-year-old Isbell tackles a changing world. On a personal level, this is the first record Isbell has released since he and his wife (and bandmate) Amanda Shires welcomed a daughter, Mercy Rose, into their family. Isbell also takes on larger societal issues on several songs on The Nashville Sound.

As a songwriter, Isbell is a talented storyteller. He takes what could be short stories and boils them down for maximum impact. He’s that rare writer that can make you feel like he’s talking both to you and for you in his lyrics.

In the hard-rocking “Cumberland Gap” which features the full 400 Unit band, Isbell captures the despondency of a coal miner’s son who is just looking to find a way out of a town that threatens to destroy him in more ways than one on a daily basis.

Things slow down in “Tupelo.” At first listen this one might sound like a paean to the city, but on further listening it’s anything but, as Isbell declares, “You get about a week of spring, and the summer is blistering/There ain’t no one from here that’ll follow me there.”

“White Man’s World” is getting a lot of attention ahead of the release of this record and rightly so. In four minutes Isbell tackles the weighty topic of white male privilege, addressing both race and gender issues in a powerful tune. The subject matter is touchy, but Isbell is not without hope that things can change, as he says in the closing lines, “I still have faith, but I don’t know why / Maybe it’s the fire in my little girl’s eyes.”

The centerpiece of The Nashville Sound is, without a doubt, “If We Were Vampires.” In this song, Isbell pares things down to just acoustic guitar, his voice and backup vocals from Shires. With that setup, Isbell delivers a devastatingly beautiful love song. This is not some sappy take on unrequited affections. No, this is a song written from the point of view of a man that has found the love of his life and who is coming to terms that their time together is limited and that they need to treasure each moment. As Isbell sings, “It’s knowing that this can’t go on forever / Likely one of us will have to spend some days alone / Maybe we’ll get forty years together / But one day I’ll be gone or one day you’ll be gone.”

“Anxiety” is the longest song on the record, coming in at over seven minutes and like “Cumberland Gap” it features the full band, which is firing on all cylinders as Isbell ponders a life that could be taken away from him at any moment. “Lying here in silence / Wife and child still sleeping deep enough to dream / I know I’m a lucky man today / But so afraid that time will take it all from me.”

“Hope the High Road” is the rock anthem, well as close to a rock anthem Isbell is going to get. It’s another politically charged song, but there’s no unfocused anger in the lyrics. As the title suggests, Isbell is trying to take a positive outlook on what he sees going on around him, “I’ve heard enough of the white man’s blues / I’ve sang enough about myself / So if you’re looking for some bad news / You can find it somewhere else.”

For those that long for the type of songs that made Isbell’s last two albums, Southeastern and Something More Than Free, so good, the closing track, “Something to Love,” will bring a smile to your face.

Isbell has flirted with a mainstream breakthrough for the past several years with each of his last two records climbing high on the charts in multiple categories. It feels like the ten-song The Nashville Sound will be the collection that puts him over the top, allowing him to shed the constraining labels he’s been burdened with throughout his career.