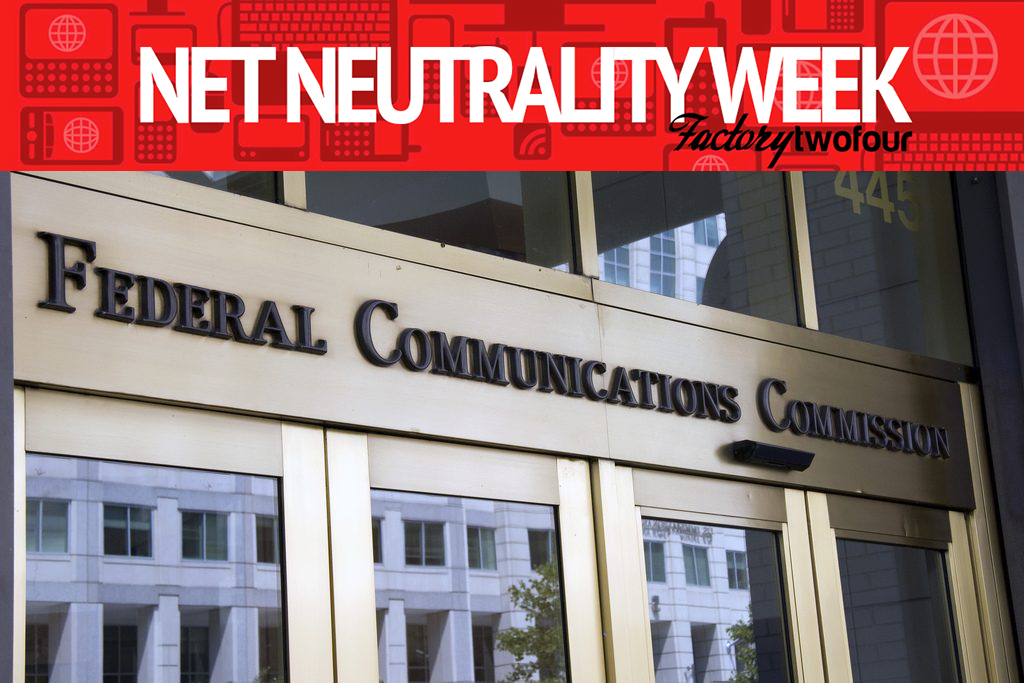 Net Neutrality is an Enforcer of Democracy

It’s hard not to feel overwhelmed by the constant debates, ever-changing regulations and all-around controversy surrounding the steady advent of technology. Whereas a few years ago those matters might have felt almost philosophical in nature, nowadays their outcome can determine key aspects of our everyday lives. Now all eyes are on an issue which was supposedly already resolved – net neutrality, or open internet. Unfortunately, the common good once again doesn’t align with one of Trump’s administration priorities. As a result, at stake is the very way we interact with something as essential as the internet.

However, there is some good news. First, the matter boils down to fundamental democratic and moral stances, ones that hopefully we haven’t stirred that far away from. Second, resolving it is in the public’s hands, and this time it might even be for good.

Most simply put the net neutrality laws ensure the equal and unhampered access to the internet. Whether you’re a regular consumer of internet content or a service that provides it, internet service providers (ISPs) shouldn’t manipulate the way you use the internet to serve its interests. After successfully being sued by one of the biggest ISPs (Verizon), The Federal Communications Commission (FCC) was forced to apply stricter laws f it wanted to keep net neutrality protected. And it did, by reclassifying all ISPs under the title II of the Communications Act as common carriers, basically like a utility, the same as gas or electricity.

Title II aims to help net neutrality prevent the two-tier Internet system. No “fast lanes”for the high rollers or “slow lane” for the other content providers who can’t afford the higher costs to compete with the already-established big boys in the Internet hood. This means ISPs are obligated to provide the same service to everyone – they can’t block consumers from accessing certain content and sites, or slow them down on purpose while speeding up others whose providers pay them more.

Even though this may seem pretty obvious for basic moral, legal and professional reasons, you’d be surprised how much opposition there is to it. There have been multiple examples in the past of ISPs interfering with the speed of certain content or even completely blocking their customers from reaching it because it was in competition with a service of their own. This is exactly why the Title II had to come in action in the first place and impose stricter laws.

Net Neutrality is an Enforcer of Democracy

Removing net neutrality laws would negatively affect far more people than it would affect positively. It’s as simple as that – a universal mathematical truth which is the foundation of democracy.

Most Americans’ options of ISPs are limited to one or two. Without net neutrality would, ISPs can be the mafia in the little Internet neighborhood, bullying and calling all the shots. People would have very little choice of the content they consume for their very own leisure or work.

Net Neutrality is Startups’ Ticket Out of Their Catch-22

Almost anyone that has ever applied to work without relying on connections knows the feeling. To get a job, you need experience; to get experience you need a job. But if you can escape “the experience paradox” with determination and creativity, money tends to be a less flexible matter. Without net neutrality, the competing factor of content providers would be money rather their actual content. ISPs would be free to auction their “fast lanes” and startups will lose before the hammer is even raised. And ultimately, all of us will miss out on the innovations that remained confined within the imagination of aspiring entrepreneurs.

Now net neutrality is in danger once again. This time the main culprit is Ajit Pai, the FCC’s new chairman, appointed by the Trump cabinet. And if the above information surrounding the issue hasn’t got your blood boiling yet, let me add a dash of conspiracy to the mix — it’s so obvious it feels almost like mockery. Pai is a former lawyer for Verizon, the very same ISP that sued the FCC and forced them to resort to Title II to protect net neutrality.

Orwell’s 1984 was considered an almost supernaturally precise warning, and it seems like it wasn’t a one-time hit. Pai’s ridiculous and even childish rationale, his outrageously inconsistent and lax points, but above all – how transparently feigned his whole act is, bear an uncanny resemblance with Animal Farm’s main antagonist. With its all-around display of impertinence, sense of entitlement, and apparent dishonesty, it’s as if Verizon have based their business model on the tweeds’ reign over the farm. Pai’s motifs are as self-serving and unfounded as the Animal Farm’s rules. He urges us to rely on something as unreliable as ISPs’ Terms and Conditions, which they’re free to change as they please. Many of the evidence of infrastructure decline he has quoted has been disputed by legally obligated ISPs’ staff, and without getting overly political, that should come as no surprise from someone in Trump’s administration.

The moral and legal stance here is crystal clear. Hopefully, any attempts of blurring it with fancy financial and technology terms only feel like offensive ridicule.

The Problem is Global

Similar to the way technology has rooted itself deep in our existence, so has something else – greed. After all, isn’t that the origin of all wars, all conflicts, the extreme poverty and hunger we see today? The fact that two or more side couldn’t split the pie fairly, because the rich and powerful need to be even richer and more powerful, are depriving others of their fair share. So should it come as any surprise that this tendency has manifested itself into something as lucrative and influential as the internet?

Will Verizon be able to squeeze even more money out of the biggest content providers? Should we sympathize with Netflix for having to pay extra costs to ensure the top-quality experience of their millions of customers? Or are all those additional costs taxes, same as the ones we all pay, but for much smaller incomes? Should those highly profitable companies be our main concern?

The Internet is a Necessity

The internet has become a necessity rather than a luxury, and the law needs to treat it as such. Net neutrality’s regulations may not be perfect and might need polishing, but it’s certainly better than the current administration’s alternative. The internet is clearly a much better place for far more people with it than it would be without it. And isn’t that what democracy is – letting the common good prevail?

The FCC has once again invited the public to comment on their website as it did three years ago, and comedian John Oliver has once again taken steps to organize a movement to resolve this matter hopefully once and for all. Learn about the steps you can take towards an equal internet future at 15:27 in the video below.