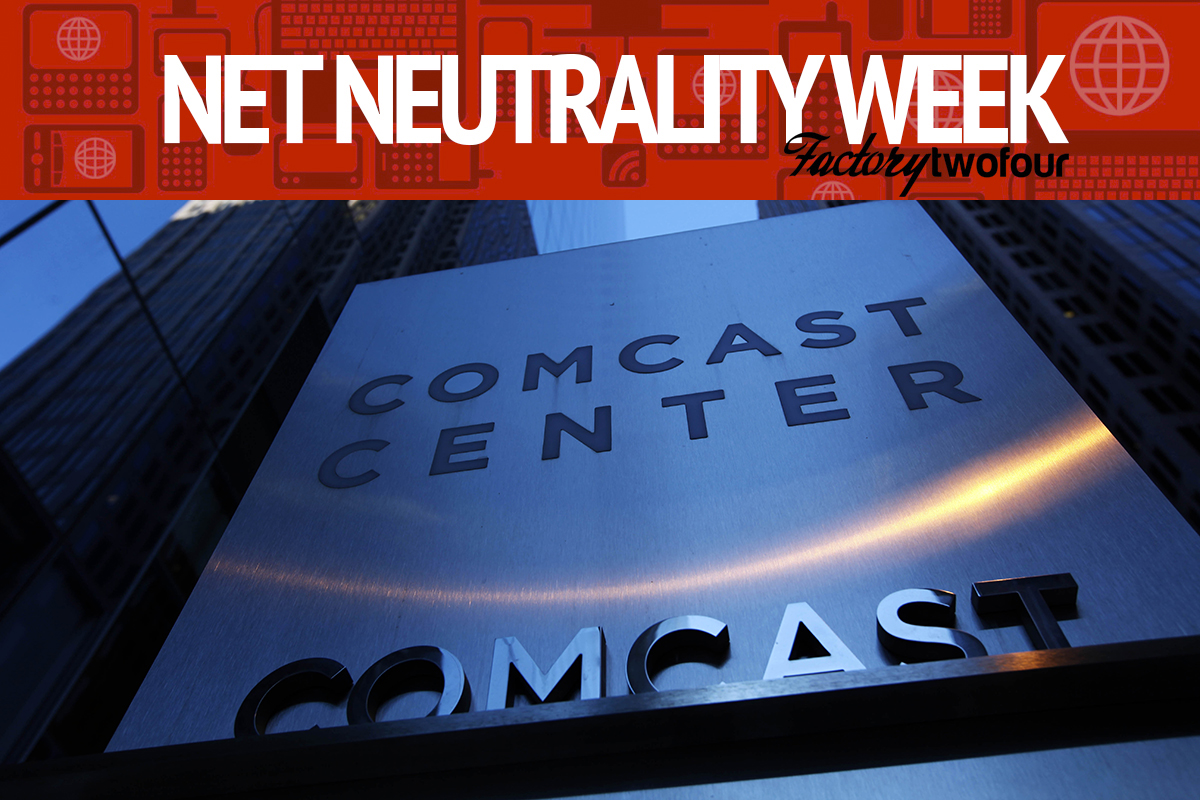 What is Net Neutrality Anyway?

The Internet is the world’s largest platform for open communication, and it relies on the right to free speech. As the primary outlet for anonymous expression, much of our culture and economy thrives on unrestricted Internet access. The open Internet provides people with free learning opportunities and communication across the globe, free from regulations or restrictions. In modern society, unrestricted communication on the Internet is a direct application of our right to free speech, yet Internet service providers (ISPs) want to take that away. This is where net neutrality comes in to play. Net neutrality is the foundation of the current state of the Internet, characterized by open communication and unrestricted access. The result of this fight for net neutrality will shape the future of the Internet, making it important to be well informed.

Corporations want to regulate access to the Internet by manipulating the current FCC regulations. These ISPs that we rely on every day are trying to destroy net neutrality for their own monetary benefit. If successful, they could control their customers’ online experience by blocking websites and throttling download speeds. If you think this sounds shady, it gets worse. Allowing these ISPs to control Internet access means that they get to decide what people can do online. They will have the choice to block websites that conflict their political or religious views, or prevent communication between certain people. This will significantly limit consumers’ ability to communicate, making it harder to fight back. The fall of net neutrality would limit the people’s ability to organize protests or petitions, and therefore forces consumers to deal with the ISPs unfair conditions.

The conversation regarding net neutrality has recently seen increased media attention, but it is not a new issue. Over the past decade, the FCC has implemented strong regulations to maintain net neutrality, citing Title II of the Communications Act of 1934. In 2015, the FCC classified broadband Internet under Title II of the Communications Act, making it an essential service for full participation in modern society. While the Communications Act has provided a strong basis for net neutrality, it is not enough. Most of these massive corporations are associated with members of congress, which is bad news for consumers. These relationships allow ISPs to fund campaigns that will implement policies to favor their agenda. Lobbyists are working day and night to find loopholes that favor ISPs and they won’t stop until net neutrality is buried.

Marsha Blackburn introduced the Internet Freedom Act, which would dismantle the FCC’s authority, by removing broadband Internet’s title II classification. If her bill passes, ISPs will get what they want, unless there is further action from congress. The problem here is that the bill is backed by 31 co-sponsors, 29 of which have received direct contributions from many of the ISPs. This gives these members of congress no incentive to repeal the declassification of broadband Internet, meaning that net neutrality would be destroyed forever.

However, the biggest threat to net neutrality stems directly from the Trump administration. Soon after Trump’s inauguration, a man named Ajit Pai was appointed as chairman to the FCC. The FCC is supposed to act as a neutral party to regulate the various forms of communication in the United States, but that is beginning to fall apart. Ajit Pai is a staunch opponent of net neutrality, which may have something to do with the fact that he was a lawyer for Verizon. Similar to Marsha Blackburn’s bill, Pai is trying to declassify broadband Internet networks, in favor of more relaxed regulation. Further, this would give the ISPs the option, rather than the requirement, to abide by the regulations set by the previous FCC framework. In an industry characterized by profit-hungry CEOs and a lack of corporate social responsibility, we can’t see this ending very well for consumers.

While the outlook for net neutrality under Pai’s administration is looking grim, the fight is far from finished. Plenty of board members of the FCC oppose the new regulations, based on the title II framework and they need your support. Title II classifies broadband Internet as an essential part of modern society and it protects American citizens from the capitalist nature of the telecommunication giants. It is critical to show your support for net neutrality during these desperate times. You can start by signing a petition and contacting your local members of congress.