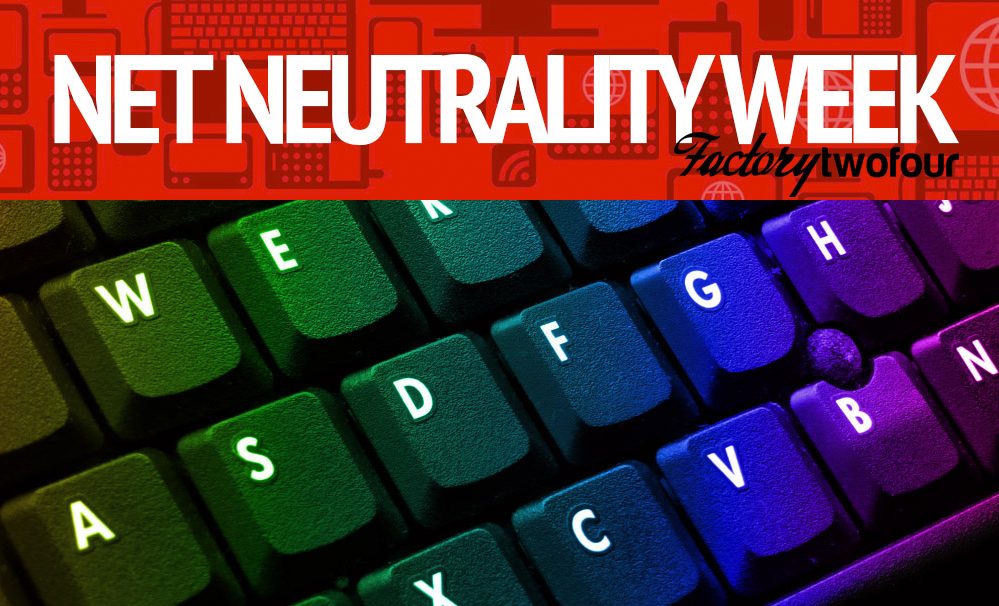 Apples Ain’t Oranges: Why Net Neutrality is So Important

They say the quickest way to a man’s heart is through his stomach. I’d wager that it’s the best path to reach his mind as well, so that’s how we’re going to take a look at this net neutrality business. I have had an approximate knowledge on this issue, but that has changed once the issue was pressed further into new territory by the new FCC chairman. I decided to do some further reading.

At its basic level, net neutrality is the concept that everything on the internet should be more or less accessible to everybody equally. In general there are two schools of thought for this: one that says the internet should remain neutral and equally accessible, and another that says this kind of “net neutrality” impedes business. That makes sense by itself, but it’s an abstract thought without a better understanding of how the internet affects our lives today, and how it could be affected if laws change. Here’s my explanation of the situation.

Oh, and if you weren’t hungry before reading this, you will be by the end.

Jim buys his produce at the grocery store. He can find apples, peppers, oranges, and corn here at the store. It’s more or less fair game to get to what he wants to eat, and everything is readily available for him to pick up. Produce is distributed evenly around the bins so that each shopper can get to what they need. Better yet, there’s a new farm in town that is selling the best god damn carrots Jim has ever had. Jim makes sure to buy the carrots, not only because they’re great but because he wants to support a new business owner. 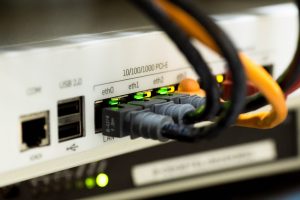 The management of the grocery store runs with this setup because that’s how it’s always been, and it works. In fact every grocery store in town runs operates the same way. After some internal debate, the management finds a way to increase their revenue from both the consumer and the supplier. The grocery store changes its mode of operation.

Management has decided to change the locations of the produce. The apple growers have paid the store extra money to put their produce at the very first bins because management realizes people love their apples. Now the apples are the only produce Jim can readily grab; the peppers, oranges, and corn are available only through a long line. But there’s more.

Now, there are two methods to get to your food; Jim can stand in a congested line waiting for his turn, or he can pay extra to get into an express line. The regular line means Jim can get apples quickly, but he needs to wait to get those peppers he’s always been able to easily grab. The other option is the express line. It lets Jim get to whatever produce he wants — but it’s gonna cost him.

Jim has a good-paying job so he can afford the express line. He throws down the extra fee and zips through the produce area like he once did. Only now, he realizes that a lot of people don’t have that money to spend on this line. These people have always been able to get whatever produce they’ve needed, but now they’re stuck in slow-moving queues, and sometimes they can’t get access at all to what they need. Jim recognizes the line denizens as his neighbors and community members; the librarian, a few students from his kid’s 4th-grade class, that hard-working family down the street struggling to make ends meet.

And then… then, Jim sees that the guy selling those great carrots can’t afford to keep his produce in the store anymore. The management has placed the carrots way in the back of the produce section. The carrot grower can only have his produce available if he pays the store management a fee to relocate his product to the front. He’s already strapped for cash running a start-up, so Jim can’t afford to continue pursuing his path to happiness.

The grocery store is making a lot more money, but the grocery store has always made a lot of money. That extra income is another expense coming directly from Jim’s pocket, or mine, or yours.

The only people benefiting from these new changes are the grocery store management and the wealthy apple growers who can afford the extra costs involved. None of it benefits the consumer. Those who are wealthy enough to afford the extra fees are essentially paying more for the same level of service they once received. Those who cannot afford it are left in the dust.

If the FCC undoes the 2015 ruling stating that the internet would remain a neutral territory, then our internet services will begin to resemble the grocery story analogy above. Those in favor of undoing this law scoff and say, “Big deal, people can’t watch porn or Netflix, and if they really want to they can pay extra for it like I do.” But it’s not that simple. My analogy shines some light on the people who would be severely impacted by these changes. Finances in these areas is already tight. The fact is teachers spend their own money from an already tight salary on supplies, and there are many young students who come from families that can’t afford to feed their children. How could they be expected to pay more for internet fast lanes, an increasingly vital resource in an ever more tech-dependent world?

People who would be significantly hurt by the repeals of neutrality are small business owners and entrepreneurs. Running a business is expensive, and those costs are more significant early on. What happens when the additional costs of remaining somewhere relevant on internet ads and searches are added? At that point it is a matter of self-preservation for the business owner.

This neutrality issue is tricky business. It requires some reading and some research and some reflection (the other three Rs), and many of us won’t have the time to do that. But it’s something that is happening anyway. I hope that this article added to your understanding of the issue. If you are already a proponent of net neutrality, please visit www.gofccyourself.com to leave your opinion and thoughts to keep the internet a neutral territory. On the other hand, if you aren’t convinced yet, please keep an open mind and consider the opposite position.

We don’t always need to agree with each other, but it’s essential that we all have an equal voice.