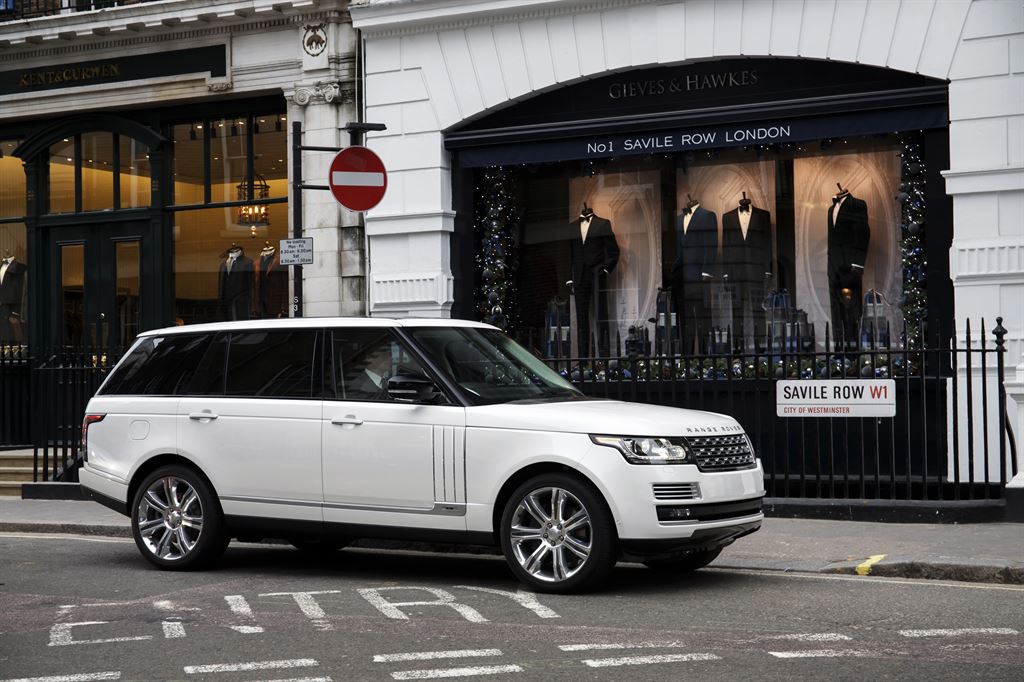 First of all, it must be made clear from the start that the Range Rover Supercharged LWB is not a full sized luxury SUV. It’s far from that definition. And before you all start throwing stones or tomatoes, listen until the end. This is more of a gold plated tank rather than a luxurious SUV. The main word to describe this beast is big; the LWB stands for long wheel base, actually measuring 123 inches. The 2015 Range Rover Supercharged LWB has a bold word to say also when it comes to mass. Weighing almost as much as a Cadillac Escalade (5,800 pounds), it would probably make the earth tremble and shatter if it used legs instead of wheels.

But enough with the chit-chat about the size; what does the 2015 Range Rover LWB got to offer for whoever can afford it?

It’s not curvy, it’s not fat. The 2015 Range Rover LWB is as rectangular as it gets and still pleases the eye. A very rigid chassis ensure the driver gets an instant feedback on the steering, this being a great improvement as, for most full-sized SUVs, quick maneuvers feel like trying to handle a bull inside a china shop. The Range Rover LWB is also tall, rising around the size of U-Haul trucks. Even tall people will have to step up to get inside the SUV instead of lowering their head.

Still, there’s the BMW X5M and Porsche Cayenne Turbo SUVs which come at around the same price range. What would make one choose the Range Rover over them? In short words, the 2015 Range Rover LWB is a design winner. It gets styling elements from decades of British design cues and delivers a classic English gentleman aspect all around.

C’mon, just a 5.0L V8 sitting in the engine bay? Definitely not the smallest but neither the biggest engine block out there. Still, when you realize that you’re looking at a supercharged V8 which delivers 510hp and 461 foot-pounds of torque to the wheels you instantly figure out there’s little competition out there on the highway. The 2015 Range Rover Supercharged LWB can reach 60 mph in 5.5 seconds, scoring roughly the same as BMW and Porsche competitors. All the power is delivered to the wheels through a paddle shift controlled 8 speed gearbox.

Still, such power doesn’t come cheap, and we’re not talking about the sale price. The EPA estimates 14 MPG fuel economy in the city and 19MPG on highway conditions. When the average fuel economy for full size SUVs scores between 13 and 28, it is clear that the 2015 Range Rover LWB lands at the tail of the class from this point of view.

We are not calling this SUV a tank just for its size, but also for what it has to offer in terms of protection. Front, side and head curtain airbags are standard on the SUV, along with side-door impact beams as well as power-operated child-locks. If something fails to operate, the 24 hour Land Rover Recovery Service is ready to tackle the issue anywhere you may be. Other assisting packages are available for prices starting at $1,200 while the SUV comes at a base cost of around $106,000.

Looking for a big vehicle able to not lose style while driving through muddy areas and be able to smoke any trucker at the red light? The 2015 Range Rover Supercharged LWB is frankly the optimum choice.