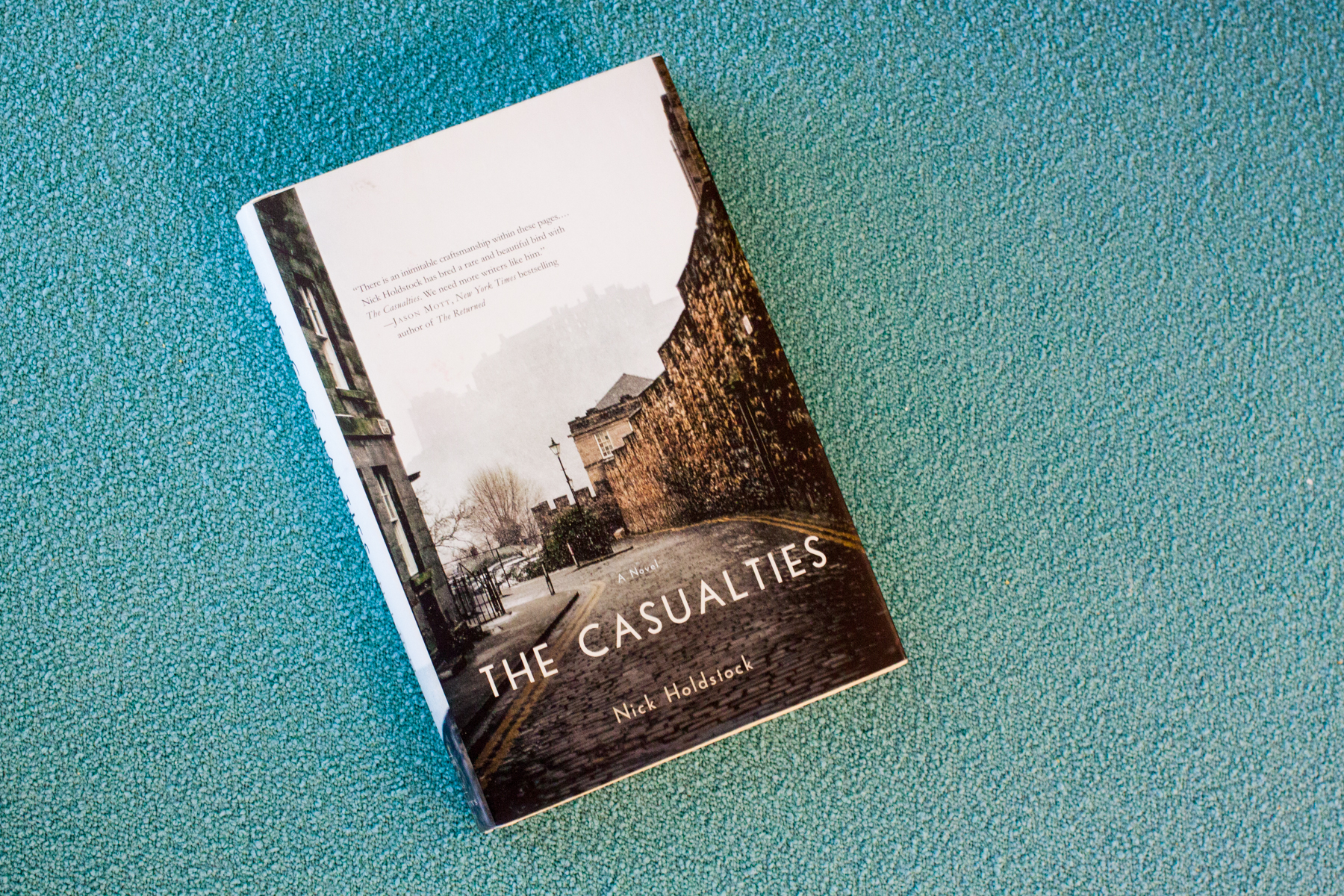 Review: The Casualties by Nick Holdstock

Throughout the course of my life I have read a TON of books. From philosophy to science fiction, theology to horror, and just about everything in between. Because enjoyment of a book is entirely subjective, I will never tell you to not read a book, we all have different tastes and that is what makes us so beautiful. There are some books that you read once and will never touch again, and there are some books that you read once and want to go back to put the pieces together in a different perspective later. I personally believe that The Casualties by Nick Holdstock is definitely the latter with exceptions.

The Casualties is in my opinion, an average book, but also one that breaks the mold a bit and that can go both positively and negatively. When I first started reading, I did not stop. I made it through almost three quarters of the way in a matter of days and my interest began to wane. Not because of the story itself, or the development of the characters, it was really my personal taste. The narrative itself is non-linear. You will find yourself bouncing from one character or characters to the next quite frequently and if that is not your cup of tea, then I would not advise this as a good read for you. I was under the impression when I first received this book, that it was an apocalyptic tale. To be perfectly honest, that is the reason I chose to read and review it in the first place. It is certainly not an apocalyptic tale, and if that is what you are expecting it to be, you will likely be disappointed.

The book itself focuses on a small group of somewhat eccentric people, in an incredibly small town. What makes this book so beautiful, and also flawed in my opinion, are the characters. When I first started reading I was incredibly interested in each one as they developed and learned more about them. They are not perfect people, far from it, and many show traits that real people deal with everyday. As the story progressed I felt as if the characters themselves did not. Some changed, or evolved, so to speak, but I almost felt like  as the story went on, it became almost monotonous. A good example of this would be Sam and the pictures that he collects. I love the fact that there are actually illustrations in this book, and this is somewhat new to me. However, the same picture was used a few different times, for what appeared to be separate events.

I found myself less interested in the characters themselves, and longing to know what was actually happening in the world around them. They almost seemed oblivious to the world outside of their little own realities, and I would think a world changing event, would call for much more thought, even from people that are unique and accustomed to life in their own little town. Perhaps the author chose to write it this way to show how involved we are in our own personal wins and losses, even when the world is burning around us. I personally find myself thinking about events far outside of my own existence so this may be why I became less attracted to the read and less attached to the characters as a whole.  In my opinion, most of them were almost complete sociopaths. The ending itself was OK, and I believe that the author intended all of the characters to converge in one event, but it was an event that was not nearly as climactic as I was expecting.

The Casualties is a book that I will definitely read again, perhaps slower paced and stop to reflect on the passages themselves but if it is an exciting, apocalyptic story you are looking for, I advise looking elsewhere. I think that the story provides a fine account of human nature and selfishness in general, but it also takes it to a degree that I feel is almost unrealistic. The odds of that many people that exhibit these tendencies in one town is unrealistic to me. I would advise checking it out, but going into the read knowing you will not read a lot about the world outside of these character.