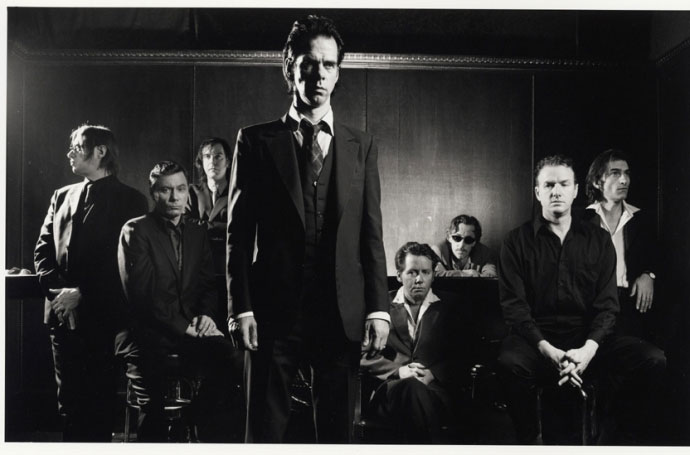 My introduction to Nick Cave and the Bad Seeds came shortly after the release of 1990’s “The Good Son.” At the time I was putting in some hours at an independent record store (remember those?) while at the same time sharing a house with some folks who worked with me at that shop.

There was a fair amount of promotional material floating around the store for “The Good Son,” and I asked one of my co-workers/roommates about it. He described Cave as a sort of “goth Sinatra.” While I was not (and am not) a fan of Sinatra, I was intrigued and picked up a copy of the CD. I was immediately captivated by what I heard and quickly dug into the back catalog of the band, as well as Cave’s previous work with The Birthday Party and The Boys Next Door.

Actually, that makes it sounds like I casually waded into the musical history of Cave and his bands. That wasn’t the case; I immersed myself in the work to the point where it bordered on addiction.

My enthusiasm for the band had its ups and downs since that day more than 27 years ago, but like every obsessive relationship, we would always get back together. Our most recent reunion took place over the countless hours it took to absorb every last detail of “Lovely Creatures: The Best of Nick Cave and The Bad Seeds (1984-2014).

This collection comes in a handful of different formats. The double CD and triple LP formats feature 21 songs. The 3CD/DVD/Book set ups the song total to 45 tracks and adds more than two hours of video footage to go along with a 36-page book. The “Limited Edition Super Deluxe with Hardcover Book” option delivers 45 songs, two plus hours of video and a heavy-duty 256-page hardcover book. That last one is the version I’m going to review, and it is the best bet for Nick Cave and the Bad Seed newbies and completists alike.

The songs on the box set editions of “Lovely Creatures” are organized chronologically, opening with the sneering and swaggering bass heavy “From Her to Eternity” from 1984. That song and several of the other earlier titles, sound very much like The Birthday Party, a grimy mix of The Stooges, blues and some post-punk art school flourishes.

As the collection progresses, Cave and his band find their groove, latching hard onto blues themes, but running them through a modern lens. By the time “The Mercy Seat” from 1988’s “Tender Prey” came along, they were a well-oiled machine, delivering more than seven minutes of unresolved crazy-eyed tension from the point of view of a death row inmate waiting to meet his fate in the electric chair.

It was shortly after “Tender Prey” when the band turned a corner of sorts. With “The Good Son” the band seemed to come into its own as a cohesive unit. The discordant blues of the early albums were replaced by a more, well, romantic sound, based around more tuneful orchestration, heavy on piano and understated, but still forceful, guitar work

That’s not to say The Bad Seeds went soft around this time; they didn’t. For every heartachingly beautiful song, such as “Straight to You,” or “Into My Arms,” both of which should be a staple of every wedding, the band delivers a revved up psychopathic stomper like “Red Right Hand,” “Papa Won’t Leave You Henry” or their take of the American folk classic “Stagger Lee.”

The Bad Seeds saw some turnover after those records, shedding long-term and influential band members, most notably guitar players Blixa Bargeld and Mick Harvey who had been with the band since 1984. The music suffered a bit with the loss of those two. However, at the same time, Warren Ellis was coming into his own as a member of the band. By the time 2013’s fantastic “Push the Sky Away” was released, Ellis’ influence on The Bad Seeds, through his violin and sound manipulation, was fully realized. The band was once again firing on all cylinders, delivering beautiful, understated songs such as “Higgs Boson Blues” that stand with anything the early version of group ever released.

The hardcover book that comes with the box set is something to behold. Its pages are full of essays and photographs from the entire history of the band, from the making of “From Her to Eternity” through the recording of “Push the Sky Away.”

As for the DVD, that too is worth your time, compiling numerous interviews and live versions of the band’s songs throughout its long history, including a haunting 2013 version of “Push the Sky Away” from The Fonda Theatre.

The breadth of this box set might seem daunting to a newcomer. Conversely, a longtime fan could look at it as a collection of songs they have heard before. There may be some truth in both of those takes, but the reality is that there’s something for everyone in “Lovely Creatures.” New fans will be exposed to one of the best bands ever to grace a stage; completists will linger over the essays, photos and DVD material, learning small details they might have missed over the 30 years the collection covers.

“Lovely Creatures” is a work of art; you’d be doing yourself a disservice if you avoid it.