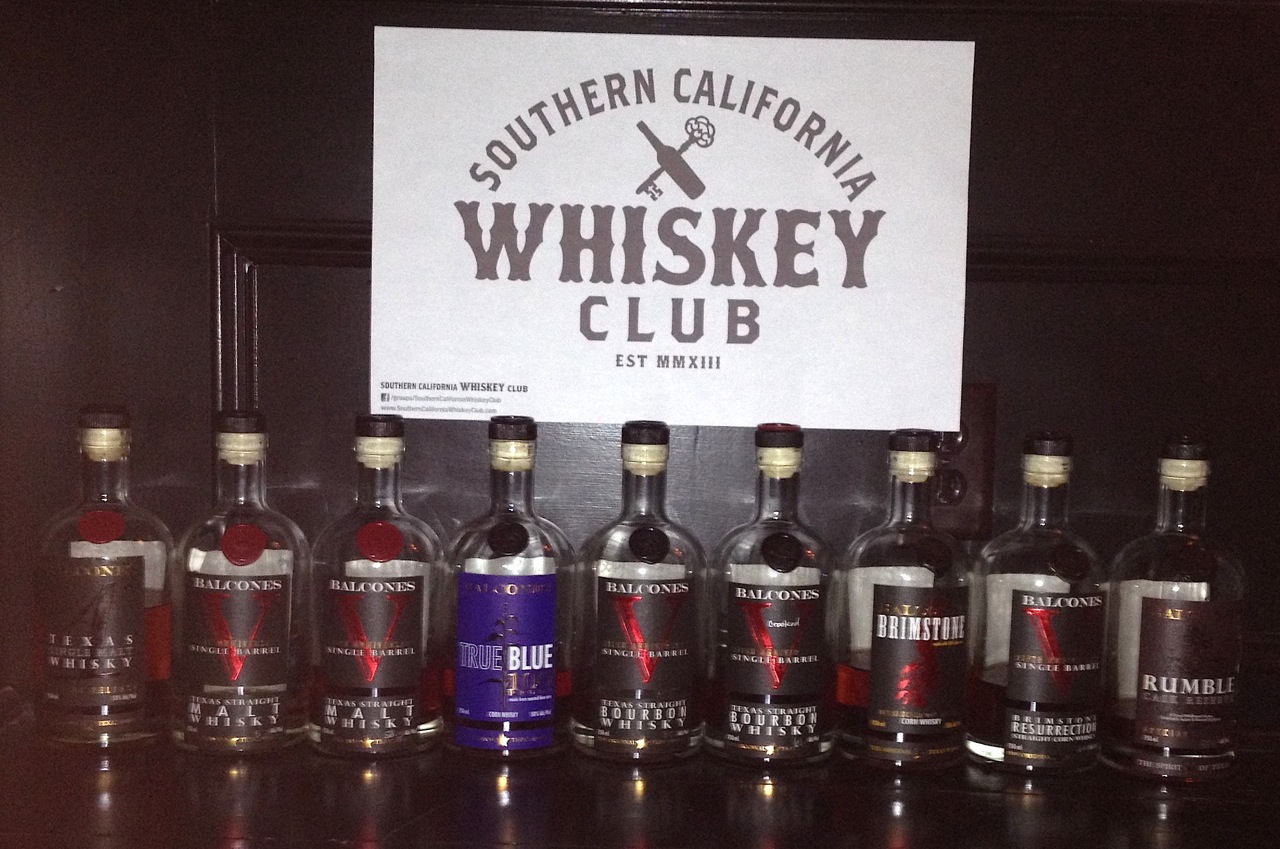 This article by @AaronMKrouse was originally published on the “It’s just the booze dancing…” blog.

I married a rocket scientist. Ok, not really. She’s a satellite engineer. Same difference. Well, not exactly, and Exactly is an art form for engineers. Numbers and formulas and complex algorithms are buzzing in her head constantly. She won’t admit it but she talks in her sleep and recites Fibonacci sequences. Or maybe they’re Poisson distributions. I get them confused at 2:00 am. The point being that her brain is always fermenting and distilling concepts in highly organized, numerical ways, I assume keeping satellites up in the atmosphere sending signals out and also not falling on our heads. (How’s that for a potential tie-in to something on a booze blog?). It’s a special mind that works that way.

Chip Tate has that kind of mind too. Chip is the maestro behind the artisanal orchestra that is Balcones of Waco, Texas. He recently led a LA Scotch Club tasting of his mighty whiskies in Los Angeles at the Village Idiot on ultra-hip Melrose Ave where the tattoos and piercings meet Kosher-Mexican restaurants and noisy gastropubs while bacon-wrapped hot dog stands warm the air in front of chic clothing boutiques that have valet parking for ten bucks. Beats a parking ticket when you just have to have those $300 pair of kicks. It almost doesn’t compute thinking about Balcones in this environ but then again, it does. Wild, wacky and experimental, Chip is Wile E. Coyote and Bugs Bunny morphed into one except the dynamite doesn’t blow up and light his lengthy beard on FIRE, but if it did, he’d only see it as another desert road to drive down for one of his projects. 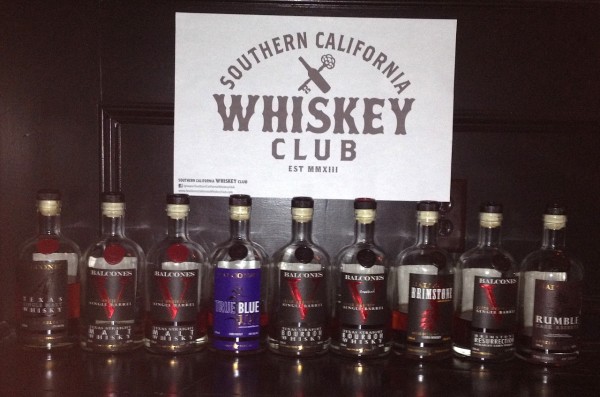 “Every problem is an opportunity.”

Those are Chip’s own words that speak volumes about the Balcones culture and not-so-urban mythology that has grown amongst the lovers of his award winning Texas style whisky. His brain is working much like my better half’s. You can see the chemistry and possibilities bombarding inside him endlessly. I wonder if he sleeps or just lays in bed writing equations and recipes on the ceiling with a laser pointer. Damn, I probably gave the missus an idea. He speaks of “things in his head” which for the Balcones fan base can only mean crazy (good) experiments with who-knows-what grains, fruits, elements, waters, woods, and fire in some (im)possible bottling they can hope will be available one day. He assures the group that now that his distillery is tripling in size in Waco, most everything he’s ever bottled will be made again in the next 4-5 years so the endless searches on spirit websites will lessen hopefully calming the adoring legions. No doubt, there is a spreadsheet, little black book or massive whiteboard with all of these scribbled formulas, and maybe they’re locked away in an ironclad gun case buried in the central Texas desert which would just add another level to the Balcones legend. So, if there is a Whisky God in Waco, 300 bottles of one of Balcones’ signature, classic cask strength corn-crazy spirits infused with whatever is floating in Chip’s imagination that years(s) before, might become 900 bottles one day and available at your local spirits shop still bottled in that distinctive Balcones manner. In 4-5 years. Sigh.

His is a brain of a chemist and of a chef balancing and massaging equations and flavors as the ingredients and processes change in a logic that he only knows. Figs, sugar and honey all from Texas become Rumble in what sounds like a grandmother’s old recipe for some long lost dessert, except his fingers and mind flips everything backwards and upside down into something so beautiful and clean and rich that a friend told me after smelling it that she wanted to just bathe in it. Is that a compliment for a great spirit or for the essence of what Balcones is all about? The sum of the parts is what chemistry is, like grandma mixing a little of this and a little of that together and it becoming something so wondrous that the smell filled the house, and the taste filled the mouths and tummies with a goodness that lasted and lasted but still left you wanting more.

Maybe Chip is not so much a unique distiller as much as a new version of that cook in our past that filled us with tastes and flavors and memories like no one else could. And that Balcones essence comes from the heart of Texas which Tate rightly points out covers a lot of territory where oaks, mesquites, cottonwoods, walnuts, pines and alders come in varieties too long to list. Texas is big, you may have heard. And for Chip who wants his spirits to be oh so Texan in every bottling, the palette of potential flavors stretches as long as Interstate 10. One flavor that one wouldn’t seem to be Texas specific is smoke, and smoke is an important element in Chip’s periodic chart ranging helium light to atomic weight heavy. It’s a constant presence in all of his spirits with subtle to ka-pow effects. It’s Texas barbeque, scrub brush over a campfire, and forest fire in the mountains of West Texas. He plays with the Texas fire and wood smoke to enhance his whisky in ways never seen or tasted before.

“Resurrection is Octomore that went to Texas.”

That’s how Chip describes the “big mistake” in his laboratory, er, distillery that resulted in one less intern and the massive, fiery, bold Brimstone Resurrection that scorches the earth with burned molasses and caramel, smoldering oak and cinnamon, and ashy Texas corn. The devil may have went to Georgia but he surely stopped in Waco for a night cap of this one. There may be no real mistakes at Balcones. Every trial balloon is floated and goes into the book of experience and the pieces are used in future test flights. The learning goes on with each chemical reaction, good or bad. Of course, bad can mean undrinkable swill or a huge inferno. Either way, Chip tucks it all away back into his head for future use.

Eye to I
Reaction burning hotter
Two to one
Reflection on the water
H to O
No flow without the other
Oh but how
Do they make contact
With one another?

– From “Chemistry” by Rush

This may be the fundamental organic question for Balcones. Their mission question, as it were. Can we connect similar and seemingly dissimilar elements into something more; more being a unique whisky, bourbon, rum, rye or something without a name yet. From the aromatic Rumble to the apocalyptic Resurrection, Chip Tate and Balcones are imaginatively distilling spirits, taking chemical engineering and Texas passion and creativity to places the world of whisky has never gone.