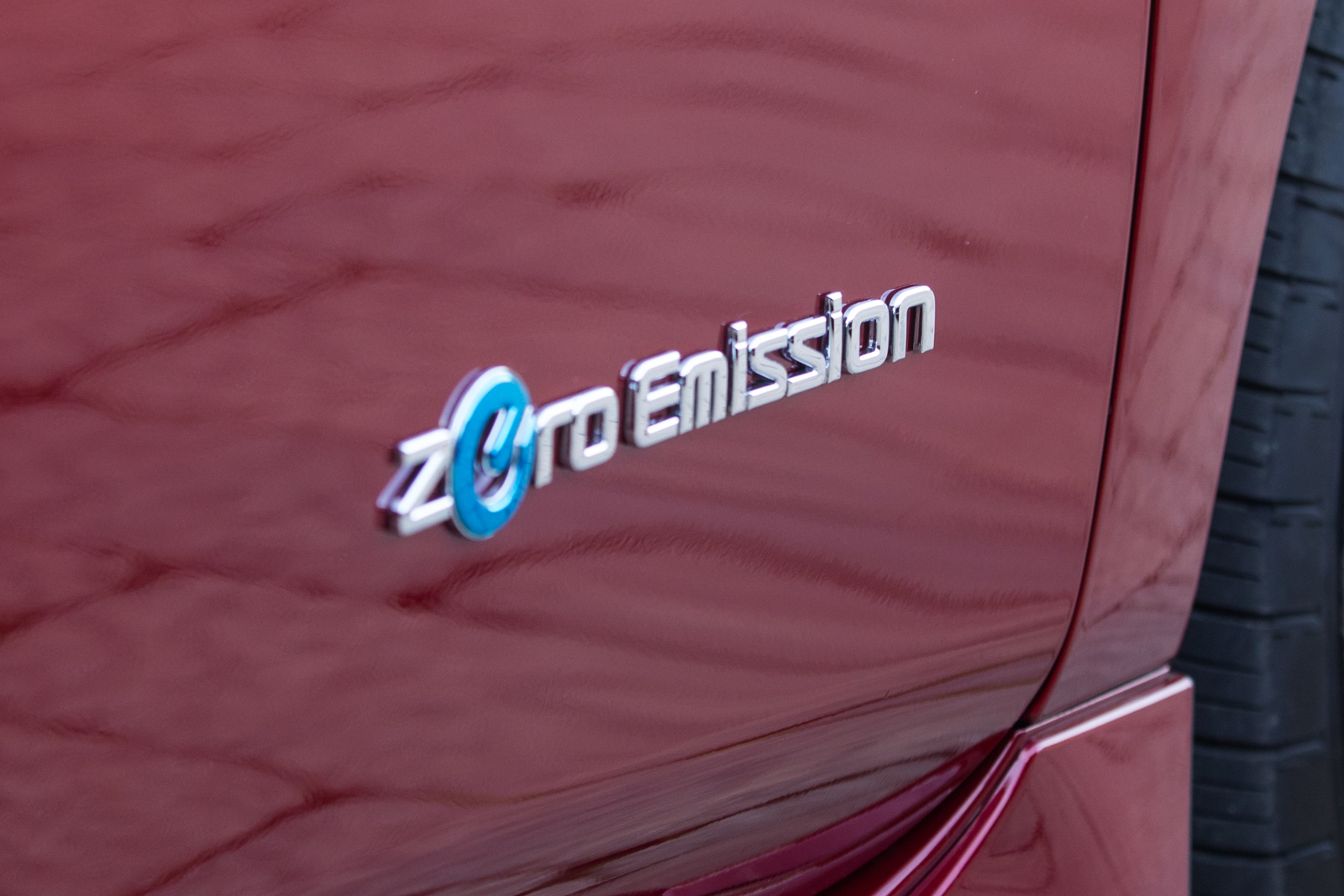 Drivin’ L.A. with Andrew Chen: Electric Vehicles are Changing the Concept of Driving

If you take a step back and look at the automotive world on a macro level, you’ll quickly notice that it’s one of the slower changing industries, especially when compared to other consumer categories, like technology and computers.

Yes, the auto manufacturers release new models every year with visual updates and new convenience features, but few cars have actually affected the way we think about or approach the act of driving.

This slow progression in the evolution of cars isn’t solely the fault of the automakers though — they’re some of the most creative people around — it’s just that the sandbox they’re allowed to play in is incredibly small.

There are many factors to consider on the path to innovation: Does the technology exist? Is it cost-effective to implement? Does it have acceptable reliability? Will the masses resist a dramatic change?

The technical aspects can usually be solved rather easily, but the most difficult part is convincing customers that a new way of doing things is beneficial. And we all know very well how much people generally dislike change.

Thankfully, there are companies like Tesla that aren’t afraid to disrupt the status quo. The introduction of the Tesla Model S really popularized the idea of electric vehicles (EV), due in part to its “usable” range of over 200 miles per charge and its self-driving Autopilot feature.

The Model S definitely wasn’t the first widely-available electric vehicle, as many domestic and international manufacturers already had various models on the road, but Tesla gave people something to talk about. With its futuristic good looks, power, range, and convenience features, there was a lot for everyone to love. And because the Model S was quickly becoming part of our daily conversation, the idea of an all-electric vehicle that had some level of autonomous driving no longer seemed so foreign, and allowed everyone to be more open-minded towards challenging the traditional way of driving.

But while Tesla’s Model S was on the tip of everyone’s tongue, its starting price of almost $70,000 placed it far out of reach for most people. That’s where companies like Nissan come in to play, offering a more affordable yet still feature-filled EV solution for the masses. 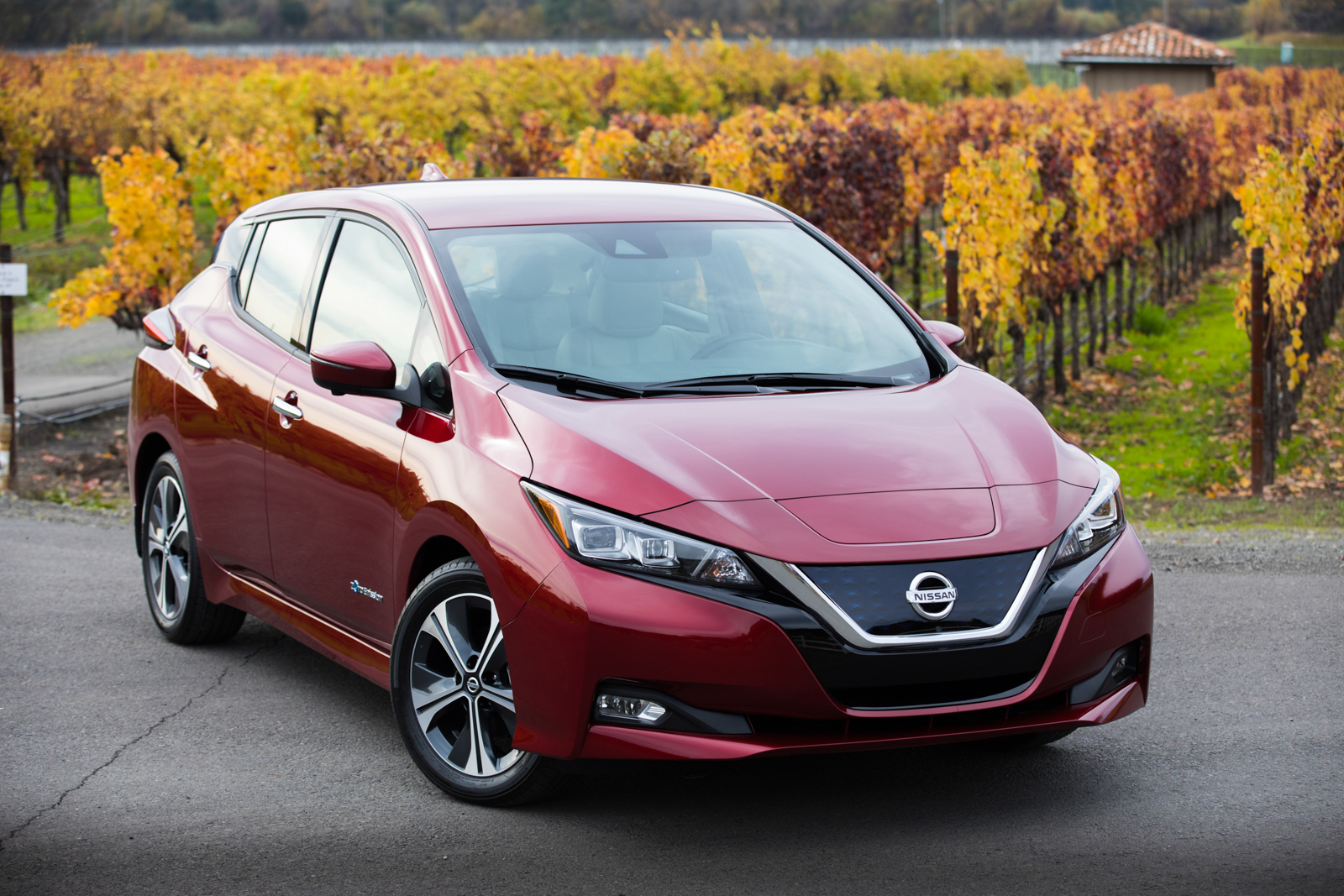 For the 2018 model year, Nissan is using the Leaf — the world’s best-selling electric vehicle — to gently ease people into the future of driving with the debut of two innovative features: e-Pedal and ProPILOT Assist.

e-Pedal, when activated, makes driving half as difficult by automatically slowing down the vehicle when you’re not pressing the accelerator. It will even come to a complete stop and hold until you’re ready to move forward again. Basically, the system intelligently applies a balance of regenerative (power recovery) and friction braking so all you have to do is operate the accelerator pedal. (You’ll still need to press the brake pedal if you need more aggressive or emergency braking.)

The second major new feature of the 2018 Leaf is ProPILOT Assist, which is a combination of adaptive cruise control and lane keep assist, but taken to the next level of capability. ProPILOT Assist maintains a driver-defined speed as well as distance from the car ahead of it, all while keeping the vehicle perfectly centered in the lane when there are prominent lane markings on both sides. The system can also navigate moderate curves on the highway.

Yes, there are similar assistance features on other cars — like Audi’s Traffic Jam Assist — but they’re more reactive and tend to bounce you left and right within the lane. ProPILOT Assist, on the other hand, actively monitors and maintains your position with lots of tiny steering adjustments. 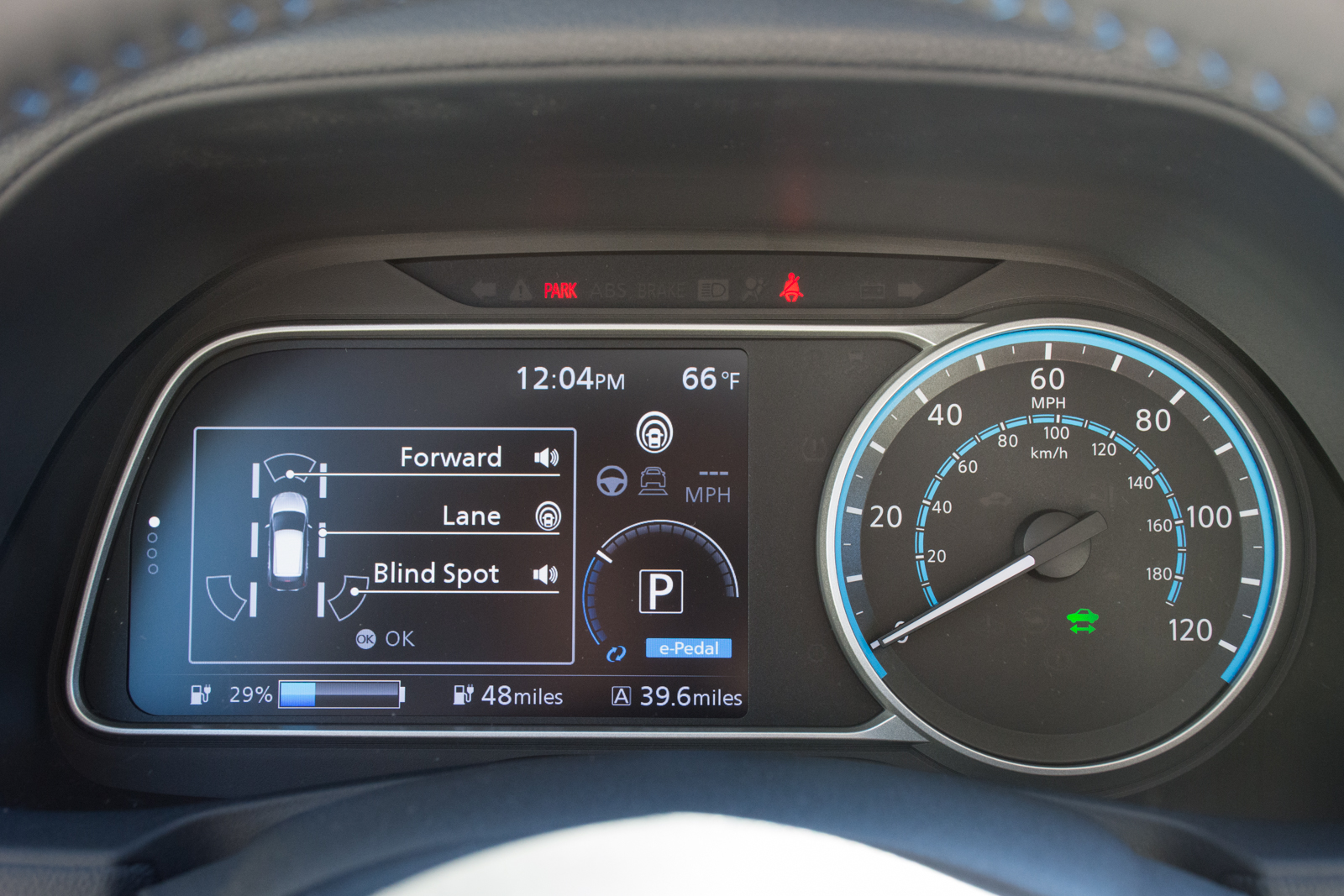 Neither e-Pedal nor ProPILOT Assist are considered autonomous driving, but together, they work wonders on commutes and during rush hour traffic. It’s a new approach to operating a vehicle that requires a lot less effort, and helps minimize fatigue. Features of this caliber are typically found on luxury vehicles, so the fact that Nissan is offering them on a vehicle that starts under $30,000 means that the company’s ready to challenge what we, as consumers, consider to be a necessity when shopping for a car.

It’s this quest for innovation and a fresh perspective that makes electric vehicles so important to the evolution of cars. While traditional gas-powered vehicles are still battling each other with horsepower ratings and in-car entertainment updates, the EV world is focusing on re-shaping the concept of driving as we know it.

Eventually, the horsepower race will plateau for traditional cars — it might already be happening now as family sedans near 400 HP — and automakers will need to innovate beyond doing the same thing slightly better year after year. Electric motor assistance is already making its way onto performance vehicles, and it’s just a matter of time before features like e-Pedal and ProPILOT Assist become standard equipment on mass-market cars and trucks of tomorrow.

As a sports car enthusiast who will always prefer a manual transmission and the roar of a gas engine, I can’t deny that an electric vehicle, like the Model S or Leaf, provides an excellent solution for my most-prevalent driving scenario: the work commute. And as long as EVs continue to push the boundaries of vehicle capabilities, their technologies will inevitably find their way onto traditional cars, making everyone’s lives better, safer, and more efficient.

So the next time you pass by an electric vehicle, give it a nod of appreciation for keeping the automotive industry moving in the right direction.