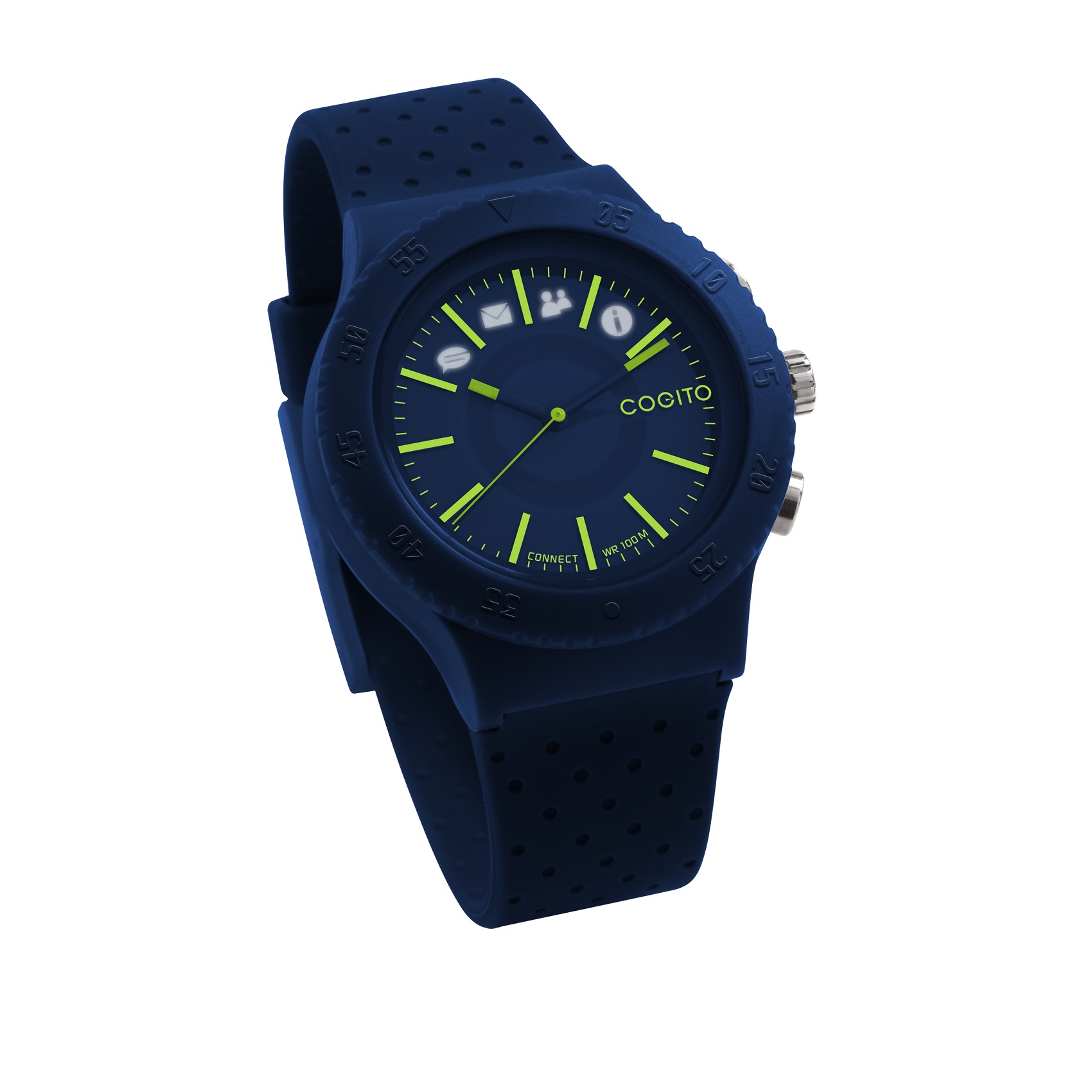 I was very excited to try out my first Bluetooth connected watch since I wasn’t sure what all the fuss was about. In my mind it was one of those devices that exist solely because we have the ability to make it, rather than creating it for a utility purpose. With my thesis firmly ingrained in my mind I had COGITO send me a sample of their new POP watch which they have dubbed a, “fashion connected watch.”

Available in six different color combinations I think COGITO nailed the look aspect of the watch. It’s not high-fashion and not for those, say, over 30, but they’re flashy and fun for the youths who can actually tell time on an analog watch still. The band is a very comfortable rubber which along with the housing makes the watch waterproof.

Enough about the “fashion” side of the watch since the COGITO POP’s looks alone do not warrant the $130 price tag. The connected side of the watch is…interesting. Once the proper app is downloaded to your phone the watch pairs very easily and you’re ready for the fun to begin, but the fun never shows. The watch has a few main functions: push notifications, camera control and music control. Push notifications worked great. My wrist was buzzing and beeping with every text and Facebook message, but so was my phone in my pocket. This feature would be great if the watch told you who the sender was, but it doesn’t and I don’t have the will power to not immediately take my phone out to see. Additionally, the camera control from the watch only works within the camera function in the watch app. I could live with this assuming I ever could come up with a reason to trigger my camera from my watch. The music control worked flawlessly, but would only control iTunes. This isn’t terrible, but I like to use streaming services for my music and would like control of those as well.

I see the camera and music functions being updated and new features being added via the app once the watch is available for the public in the coming days/weeks, but even then don’t think that will be enough to sell me on it. Music and camera controls are cool, but nothing my headphones can’t do better and as for the text/call/social notifications it’s basically just a pager for your phone if you’re out of ear shot, but in range of the Bluetooth. COGITO has the tech and desire, but is just lacking one function with COGITO POP that dazzles.