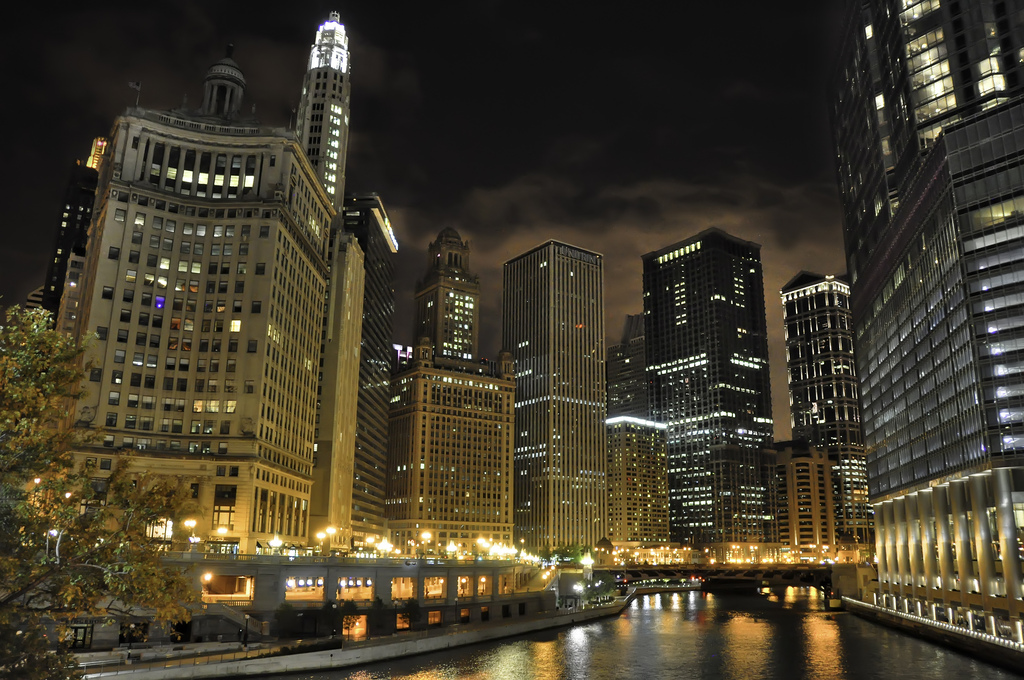 How many cities can don one of the worst sports teams in the world, while still selling out nearly every home game? The Cubs are the perfect symbol of the city of Chicago. Most reasonable fans go to a sporting event to watch high quality action. Not Chicago. Tens of thousands of fans flock to Wrigleyville every home game for one reason – the party. And it was that reason I flew nearly 2,000 miles from the Bay Area to Chicago last weekend.

No, I didn’t go to a Cubs game, but in forty-eight short hours, I spent more hours drinking and celebrating, well nothing, than my body was interested in handling. My excitement permeated through me before I even took off from SFO, clouding my judgment in even the most basic of decisions. I had a bulkhead, aisle seat on a noon flight that was set to arrive in Chicago at a very reasonable time of 5:30. But I saw the opportunity to jump on a flight ninety minutes earlier, and I accepted the middle seat in the second to last row. I’m not high maintenance, but it’s just not right to make a full size man go through that.

Finally in Chicago, it was time for the weekend to begin. Though born and raised in the Midwest, Chicago was relatively foreign to me. When my host for the weekend directed me to the River North neighborhood to find his apartment, I was blown away by both the area and accommodations. Immediately adjacent to the famous West Loop, his Hubbard Place residence was walking distance from about anything desirable downtown. After briefly settling in, we headed down the street to Blue Agave for margaritas and tacos, and there was no turning back. We stayed near the River North neighborhood throughout night, but there was no shortage places to stay hydrated. The underlying theme to the area was certainly upscale. The crowd was largely young professionals who have real disposable income for the first time since they lived in their parents’ house. The bars were nice, clean, and orderly; and of course, the people were outgoing and engaging – it is the Midwest, after all. However, because the clientele is mostly young overachievers, you better bring your law degree, operating scrubs, or a hell of story. Next time, I’ll know.

Saturday brought some standard touristy activities that I forced my host to endure. Though not the highlight of the weekend, the Wendella Boats tour is worth the time and money. Many of the more interesting landmarks in Chicago are situated right along the river, and having a guide explain the architecture and history of the buildings certainly helps provide context to where you are.

Eventually, against the will of my body, the night rolled around, and it was time to explore what else Chicago had to offer. Again, knowing nothing about Chicago, being told we were going to Old Town meant next to nothing to me. Our first destination, the Pour House, was cut from the same mold as the River North destinations from the night prior.  The bar was a ton of fun, had plenty of eye candy, and prices just high enough to make you jealous of the women at the bar – or at least their wallets. After meeting up with a group of old friends, we were persuaded to head down the street to another bar, Woodie’s Flat. I’m an explorer by nature, so I was an easy sell. What I wasn’t ready for, however, was an instant contender for my new favorite bar. Three relatively narrow and deep floors gave it a bit of a European feel. Each of the floors had a slightly different flavor to it.  The windowless basement brought me back to a frat party from college. It was dark, had low ceilings, and the music was overwhelmingly loud. Though not the worst thing, we were looking for a slightly more social setting.  The main floor provided us that, but we decided to venture to the top floor just in case there was something we couldn’t live without. Immediately upon reaching the final stair I spotted the last of a group heading out of a booth in prime location fitting the exact amount we had.  Of course without hesitation, we dive in and notice two beers on tap at the table. I had never seen it before, but there were literally two taps at the table that just required us to give a credit card to our waitress and it was flowing until we said stop.  Though it’s dangerous just opening the taps and saying “enjoy”, we found it to be the ultimate customer service.  Within seconds, our booth was filled with frozen mugs, pitchers, and playing cards. I have a lifelong dream to build and operate a restaurant and bar. When going to new bars, I subconsciously take mental notes on what I like and don’t like, and I immediately knew I’m incorporating a derivative of this idea when my bar opens in 2053.  We were singing 90’s jams and drinking beers like it was our last night on earth. Thanks to a tolerant Uber driver and a few Advil, we made it back home safely and woke up Sunday with an entirely manageable hangover.

Powering through the hangover, I spent my Sunday at Olympia Fields Country Club, one of my favorite golf clubs in the world.  The venue hosted the 2003 US Open, where Jim Furyk won. It also hosts an annual college golf tournament, which is what brought be to the course. Every year the event attracts fifteen of the top teams in the country. Actually, I was lucky enough to play in it in 2009 and 2010 as a member of the Purdue team.  In 2009, I came in 74th out of 75, and the only kid I beat had swine flu. True story. This particular Sunday, I did not have to play and simply enjoyed following my friends on the Stanford team around. The only thing as stunning as the weather was the guys’ games. Golf is just so much easier for me when I just watch and not have to stress over my own heel slices and bladed bunker shots.

Chicago offers a truly unique feel that you may not be able to find anywhere else in America. It offers all of the metropolis activities that New York, Los Angeles, or San Francisco do while maintaining its core Midwestern roots.  Worth noting, however, the time of year is a crucial factor in visiting Chicago. Certainly the middle of September yields more options than much of the rest of the year. So read this article, save it, read it again in April, then begin planning your trip. Go and discover beyond what I could in my forty-eight hours, but don’t skip Woodie’s. It’s just too much fun.