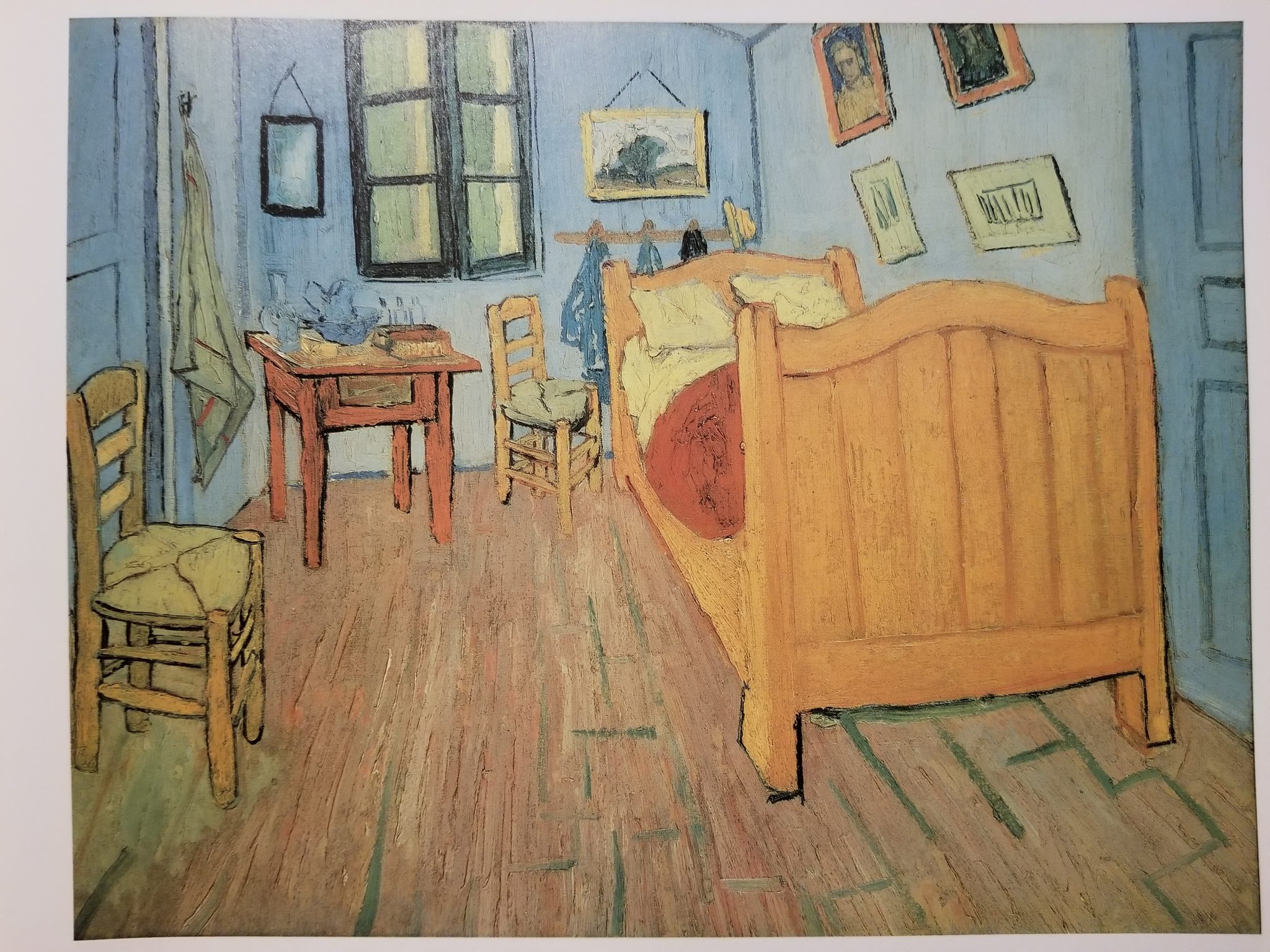 Bedroom in Arles by van Gogh

Vincent van Gogh is associated with starry nights, sunflowers, and severed ears. The Dutch painter didn’t start drawing until he was 26, and didn’t pick up a paintbrush until he was 28.

That’s right, one of the great painters of the western world didn’t produce a damn thing until he was well into adulthood. He wasn’t a child prodigy and wasn’t born into the life of an artist. This didn’t stop him from pursuing his true passion at a relatively later stage in life. In ten years he created over 900 paintings and more than 1000 drawings before his untimely death.

Let that sink in for a moment.

I’ve always had an appreciation for van Gogh’s work. As good art should, his paintings spoke to me and conjured emotional reactions; hell, I can remember the first time I saw prints of Starry Night Over the Rhone, and I have a framed print of Bedroom in Arles hanging on the wall over my desk. His artwork moved me to learn more about who van Gogh was beyond the canvas.

I read the letters that he wrote to his brother Theo in order to learn more about Vincent. What blows my mind is that this guy revolutionized a bold and uncompromising style but was plagued by  self-doubt. These moments nearly crippled his ability to produce work. In a letter to his brother, Vincent wrote, “It constantly remains a source of disappointment to me that my drawings are not yet what I want them to be.”

Self-doubt is a bitch.

Everybody faces it at one point or another in their day-to-date. Self-doubt is especially insidious when we’re creating something we love. Self-doubt is that terrible voice in the back of your head that whispers, “You’re no good” when you’re learning an instrument, photographing a busy scene, or putting your thoughts to paper.

Even though I love the craft I have often been tempted to give up writing. It’s because of those instances when that irritating voice of self-doubt starts spitting some really nasty thoughts. It drowns out the rest of my thoughts, doesn’t quite shout its way to the top but silences the other voices that have something more positive to say.

I used to think there was a magical secret to curing these doubts and negative self talk, that one day I’d suddenly be good enough that the negative voice would disappear. I’ve since realized that the secret isn’t magical at all, and it’s not much of a secret either; it’s hard work.

Van Gogh knew this too but stated it far more eloquently. In October 1883 Vincent wrote to Theo, “If you hear a voice within you saying, ‘You are not a painter,’ then by all means paint, boy, and that voice will be silenced, but only by working.”

Well, there it is.

The only way to grow beyond self-doubt is to work your ass off and drown those nasty thoughts in a massive outpouring of produced work. Van Gogh worked his ass off and when he doubted his results, he worked harder.

I’m no van Gogh, but I can work like that Dutch madman and pour myself into the work I love to produce. If I succumb to self-doubt I’ll become a host for self-loathing, and that shit ain’t gonna fly.