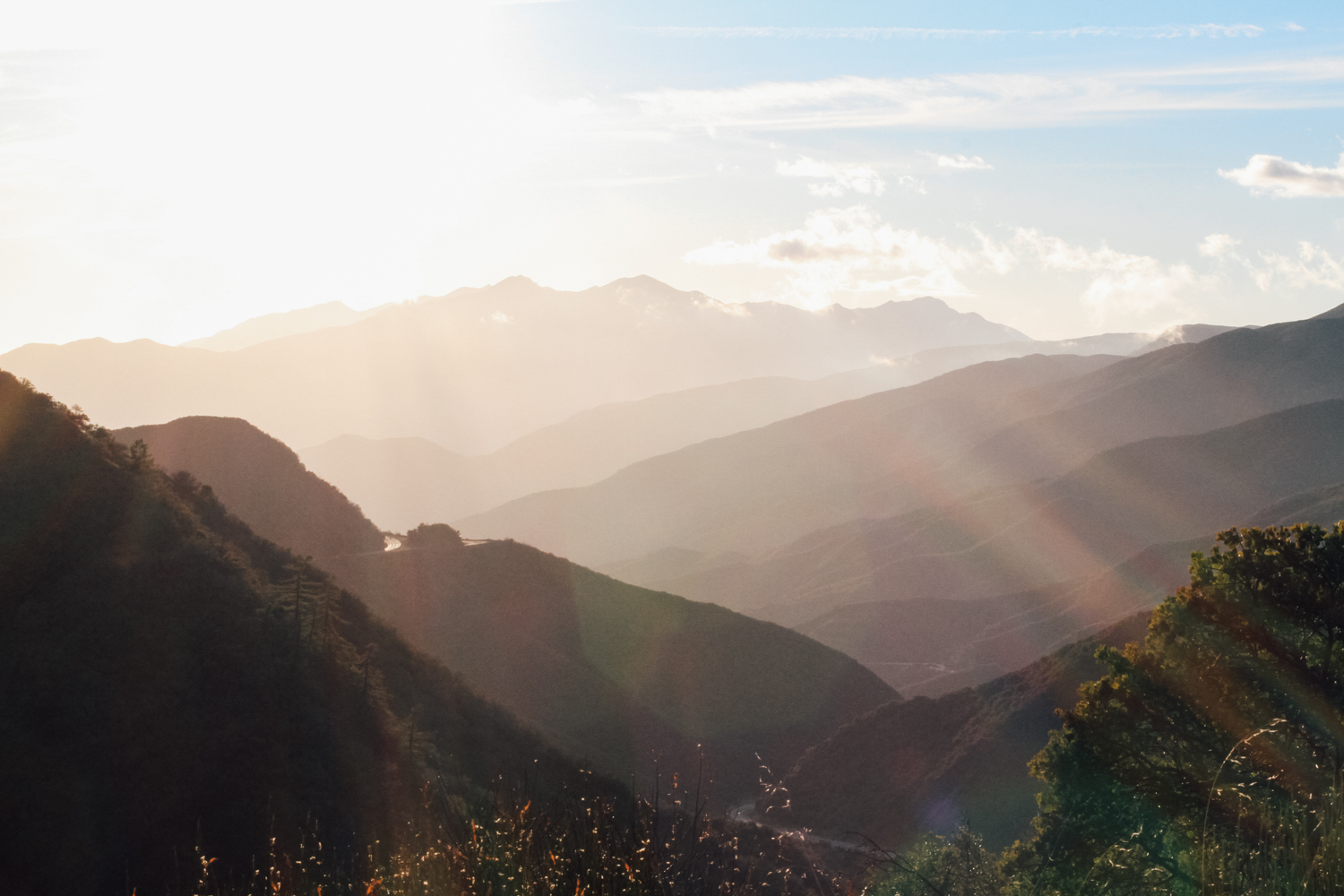 With the heater on full blast, I cracked the windows down just enough to let the crisp Pacific Coast Highway sea breeze rush into the cabin of my car, giving it the perfect balanced temperature as I take on the apex of three consecutive corners. With the humble rumble of my vehicle’s heart and Beirut playing through my speakers, it was then that I found my inner peace again. 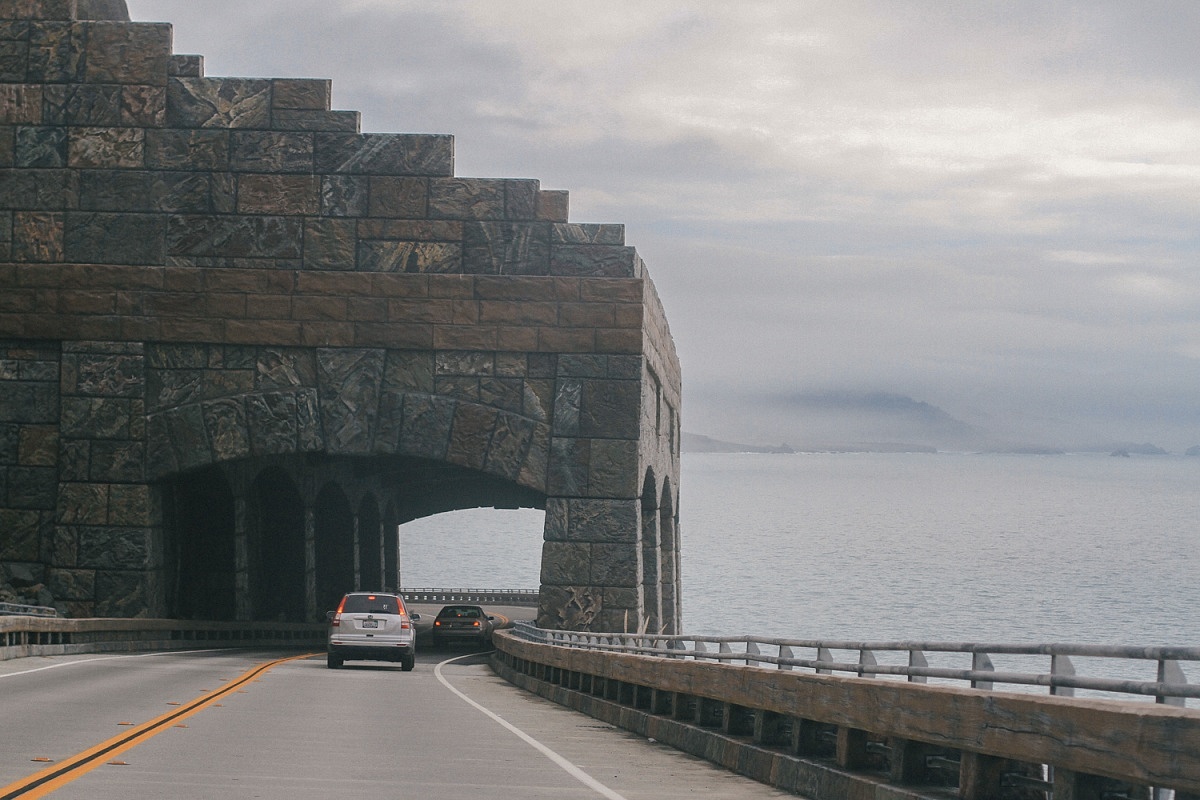 The last three months of last year was one rough ride for me. I left my stable job for a new exciting career path that is relevant to one of my passions…only to comprehend a month in that it was a toxic work environment with a dead end future. To top it off, I soiled some friendships over unnecessary issues,made minimal significant progress to meeting my end of the year life goals, and bought a totally wrong tire size for my 1990 Nissan 240sx project car. Nearing the end of December I realize that I was far from happy and would be ending the year on an all time personal low. 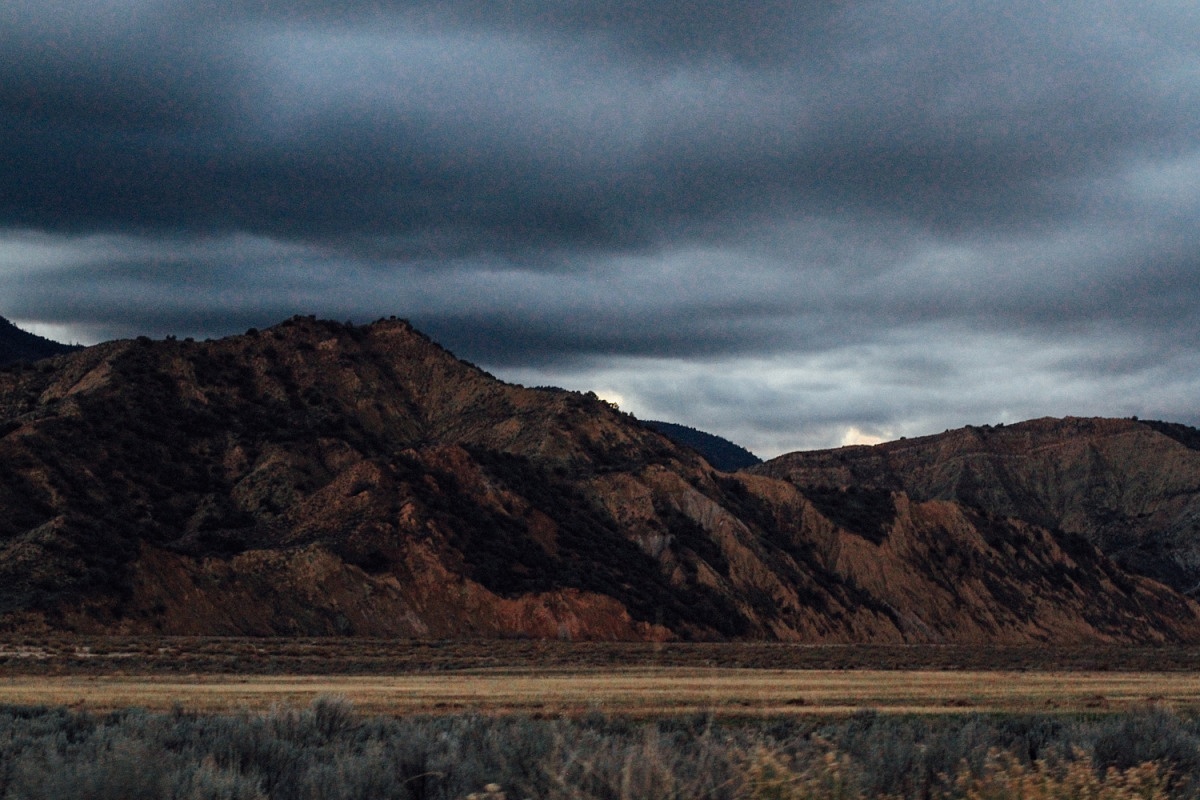 No job is worth your self-confidence consistently shot down to the point where you start questioning your self worth. Nor is any job worth trading your morals and what you stand for the sake of fitting in. With red flags flying everywhere, foreseeing no growth despite working over fifty hours a week, and almost forgetting how I really am outside of work, I called it quits on the last week of December. 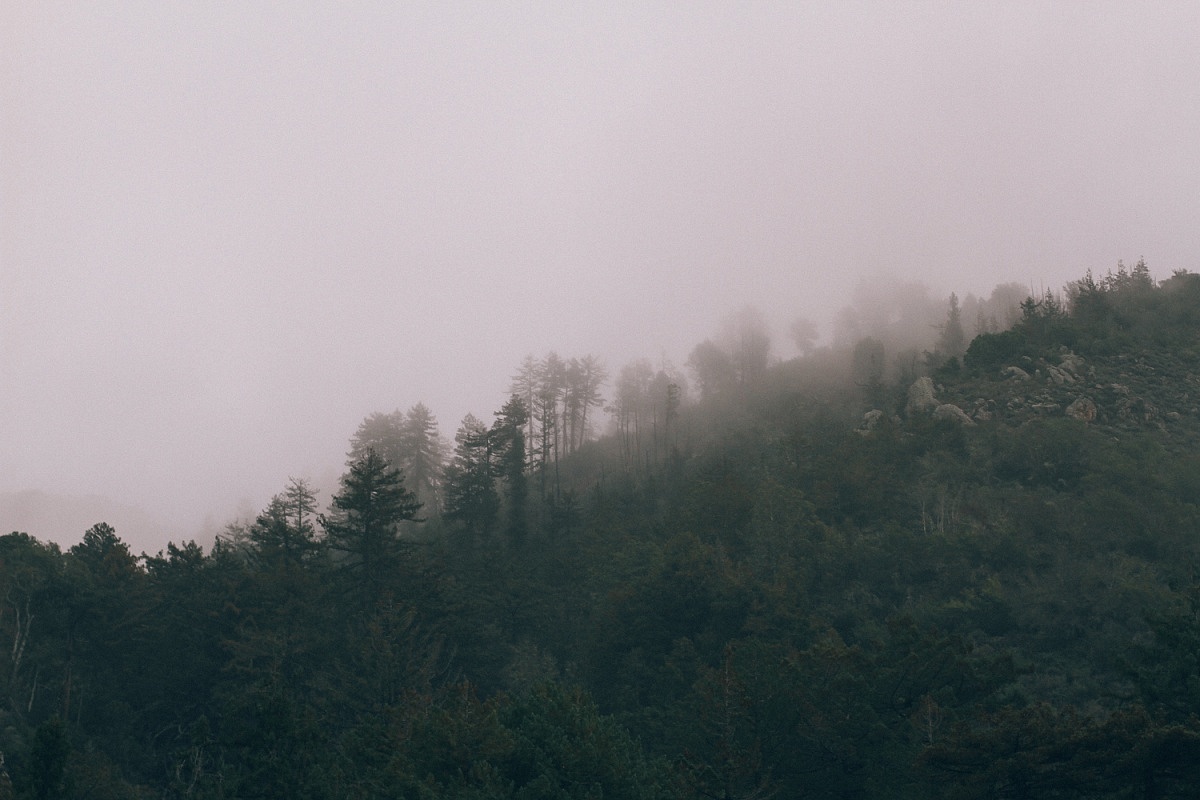 I found it amusing that right when I thought I had post grad life figured out, I started off the New Year without a full time job and no definite future plan. As a person who finds relief in an organized and outlined future, I was frustrated and lost. I found myself in a state that many people consider necessary in your 20’s. Uncomfortable. 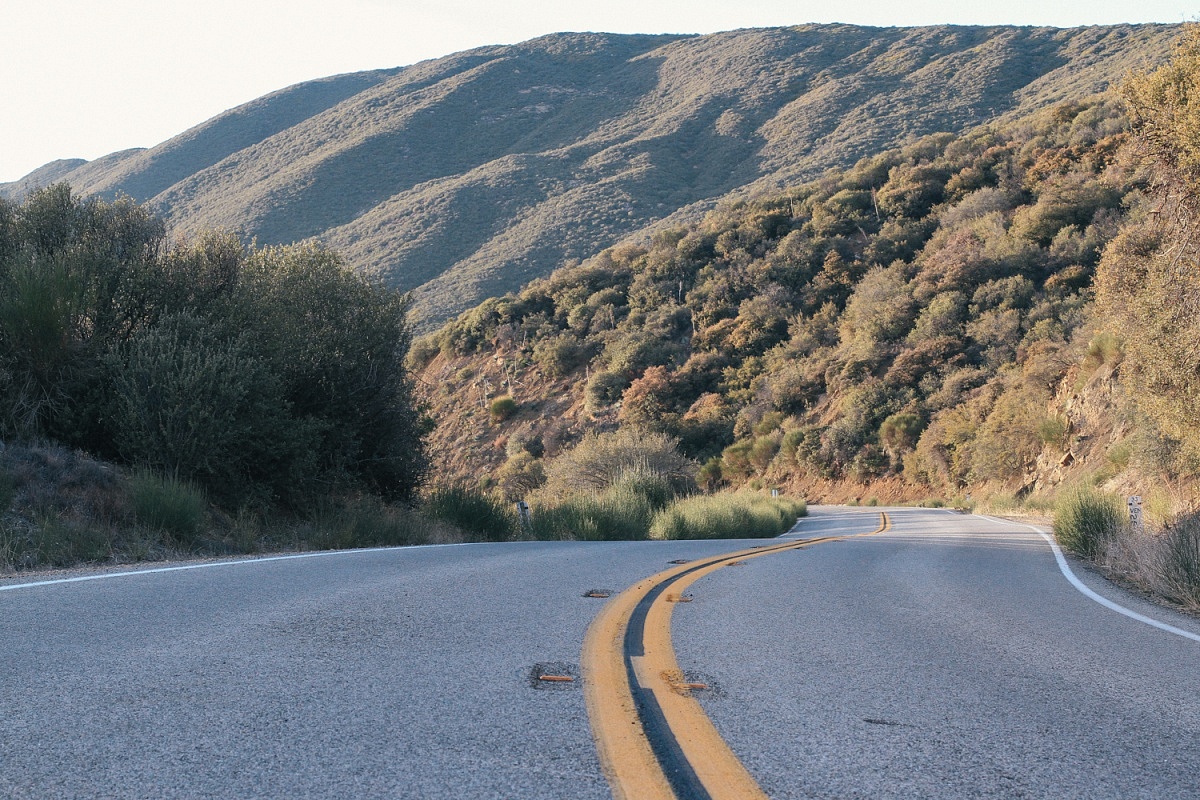 A few weeks into January, a family friend of mine told me she needed a ride to Berkeley. Being that I live in Los Angeles, I seized this as an opportunity clear my mind and reflect on the past couple months during the solo drive back home. The day before we left, I raised all four coilovers about an inch and a half to clear my new but overly huge 245/45R17 Yokohama S Drive tires. I’ve driven to the Bay several times in the past few years taking the usual routes but since life doesn’t always go as planned, I took it as an opportunity to try something new. Get there and back with minimal GPS usage, instinct, and take the roads less traveled. 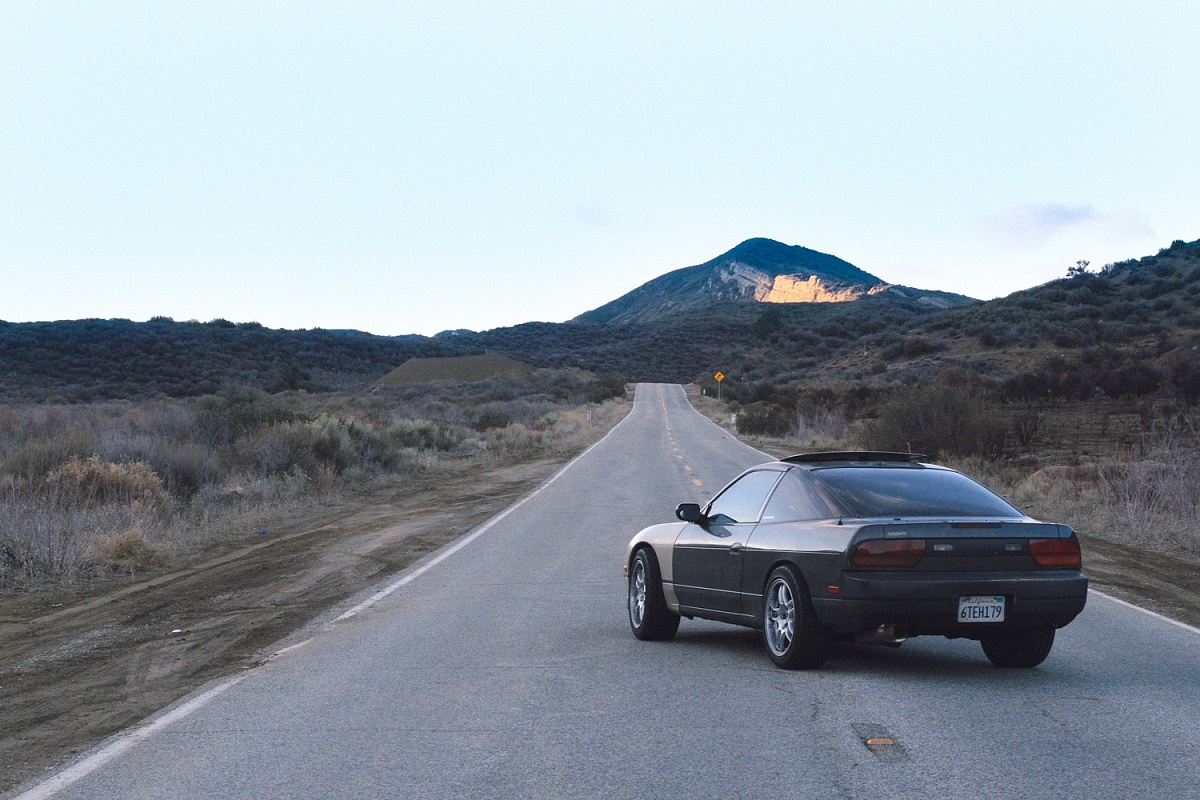 On the way up, I knew I wanted to take Route 33 from Ojai and Route 198, zigzagging between the 101 Freeway and the 5. Although getting there took about twice as long, every mile was absolutely worth it. Route 33 rewarded us with never ending curvy corners and even snow at the peak of the mountain, a beautiful sight considering that California has been experiencing severe drought. Once at the top we were fortunate to catch golden hour. Amazing photographs ensued. 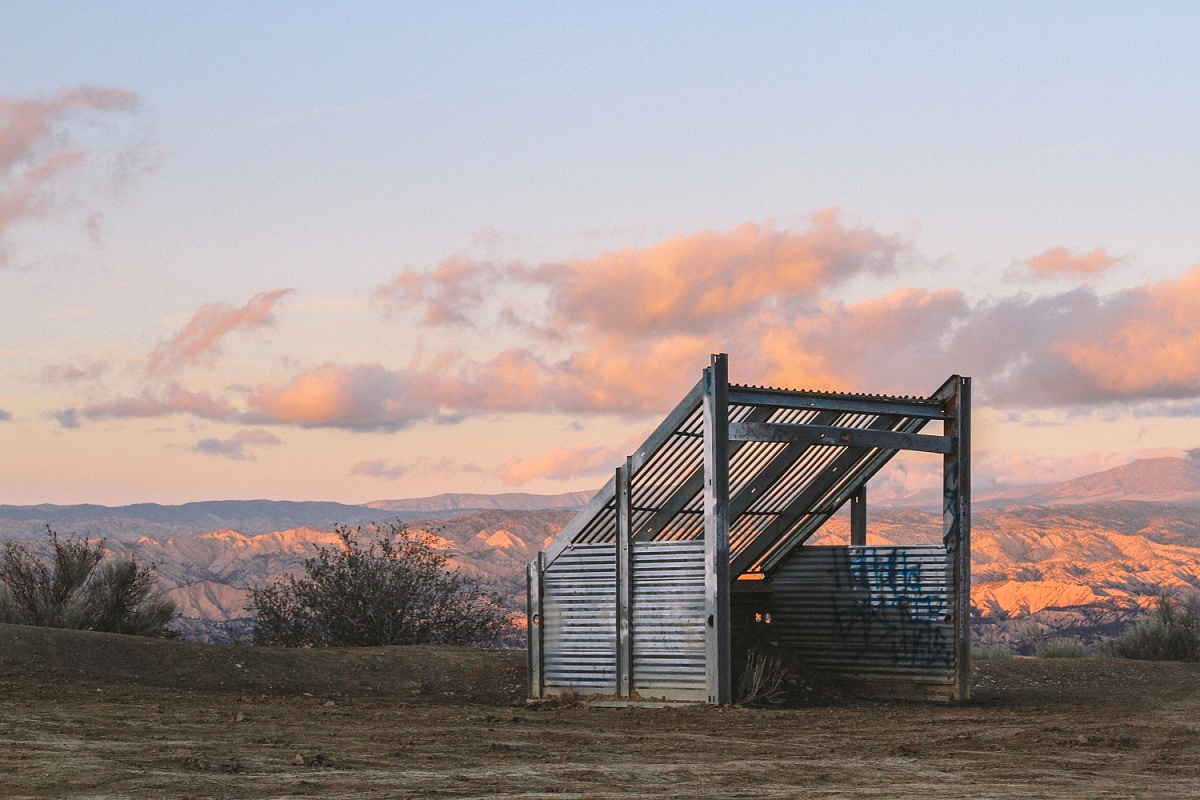 For the solo drive back down, it was a no brainer to take PCH from Monterey and figure my way back to LA using just road signs. I wanted to take it back to the old days, the days even before the Thomas Guide. When taking the Bay to LA via PCH, stops are a given. Being that I’ve done this trip once in the past, I took the opportunity stray away from the typical Bixby Bridge and Big Sur stops and just find places on the fly instead. 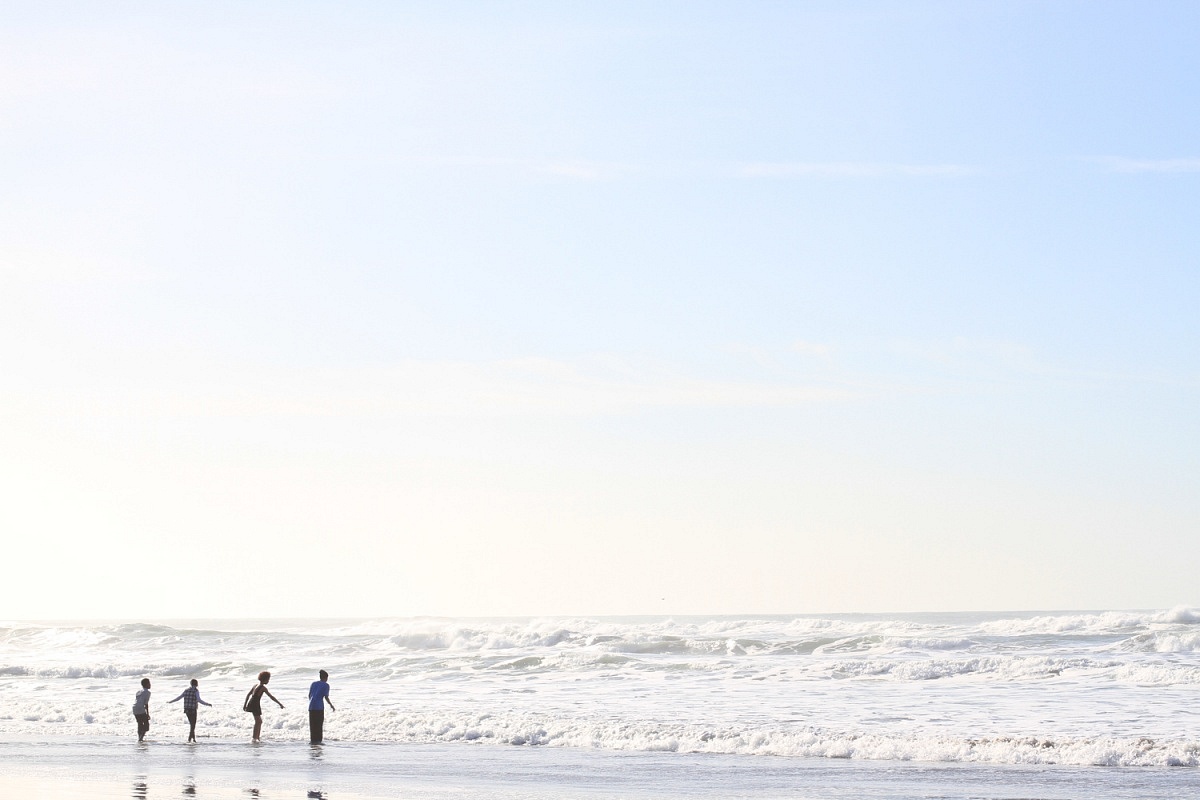 On the foggy morning of my drive back home, I set my phone on airplane mode and vowed to only use my phone for wide-angle shots as I only brought a 50mm lens with me. Taking a road trip with a friend is one story, but if you love your car and you happen to own a sporty one, taking a fourteen-hour trip down PCH alone is a whole different experience. 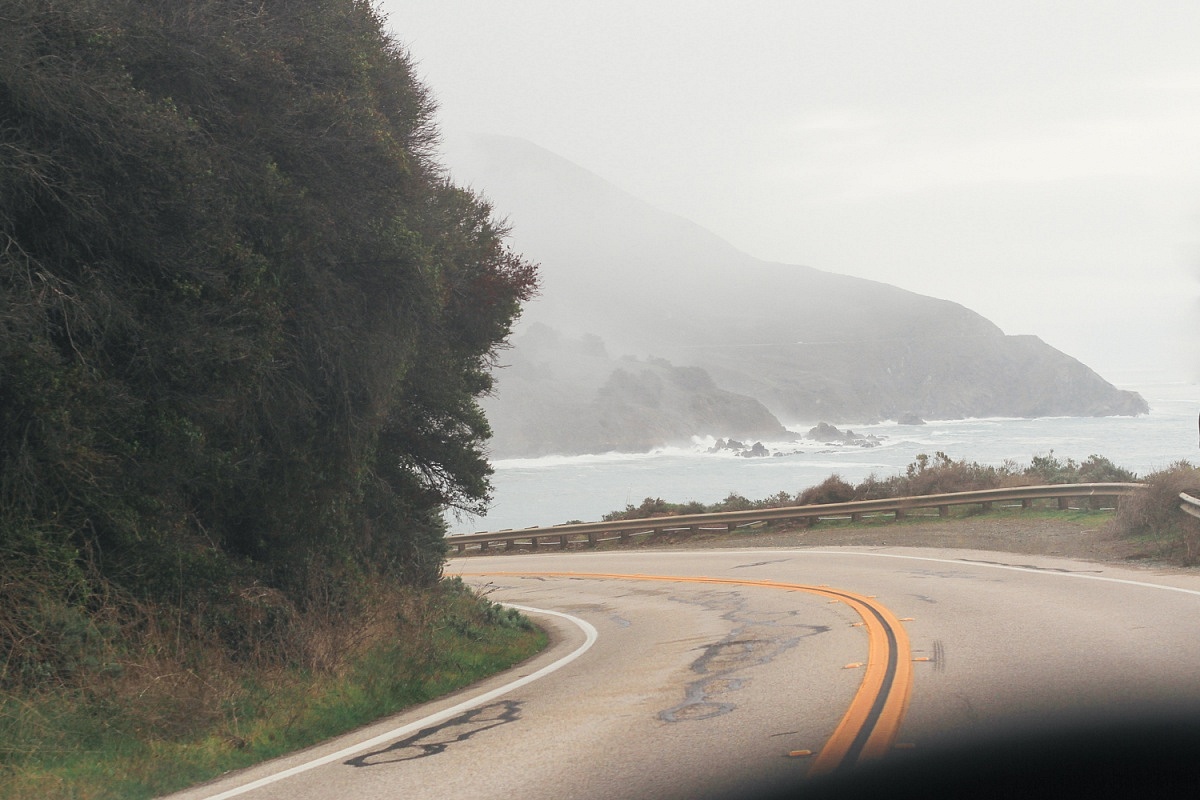 As the first 90-degree corner approached after a long straight, I down shifted and rev matched all the way to second gear. My bucket seat held me in place as the fresh tires gripped the apex of my lane. I stepped down on the accelerator and let my throttle open. At 4k rpm, I hear my intake, followed by the uproar of my aftermarket exhaust as I crept to redline. My Beirut album was playing low enough that I can hear the waves crashing down the cliff. I shifted up, and smiled. I had become lost in the moment. I felt free. It was then that I had a genuine glimpse of my inner peace again. 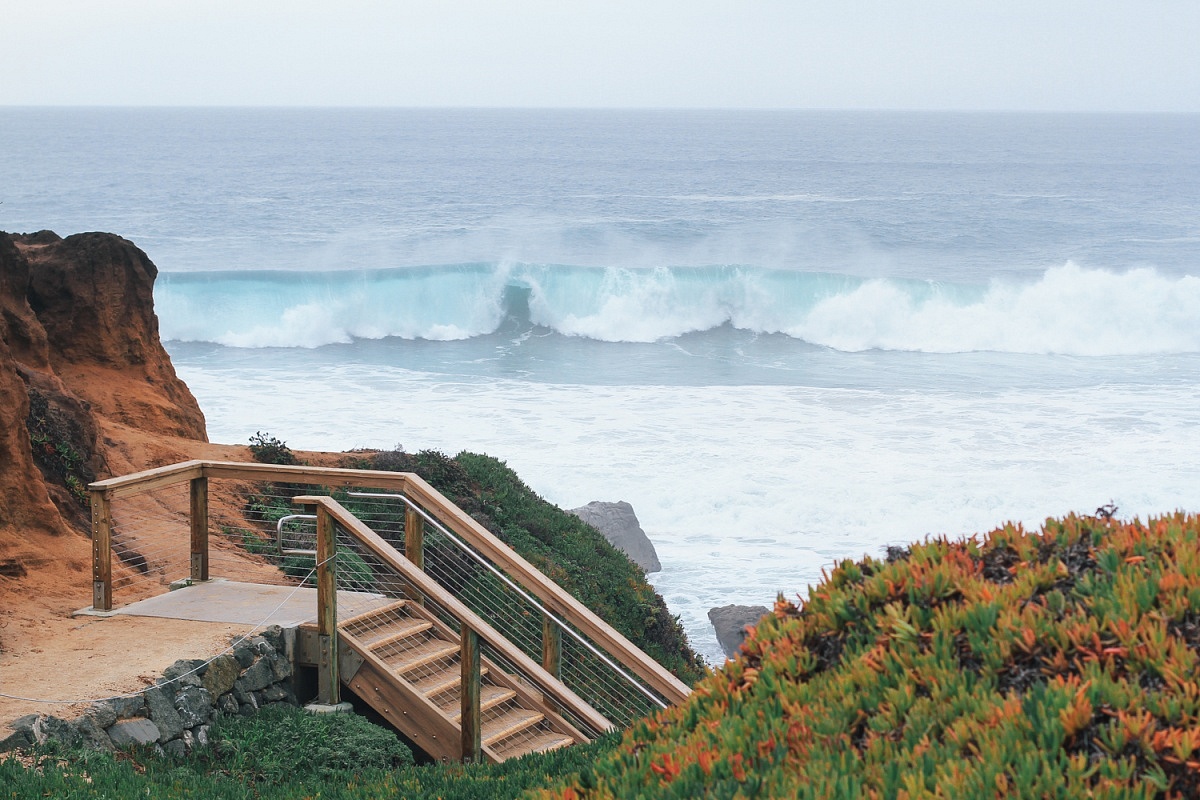 As the sun was setting, I took a random turn east bound in hopes to eventually find my way back to the 101. Although I felt lost, I insisted to not turn on my GPS. I was content with that…eventually I became lost in my thoughts. I concluded that when you pursue certain goals or career paths, things might not work out the first time around, or the second, or the third. But you know what? That’s okay, because life doesn’t always work like that. Sometimes things go south and occasionally it can be beyond your control. Sometimes it is under your control and you made a huge mistake and find difficulty coping with it. What’s important is the ability to thoroughly learn from the mistakes and quickly adapt to unplanned challenges. After about an hour of following what seemed like following mainstream traffic through isolated cities, I eventually saw the sign for the 101 south towards Los Angeles. 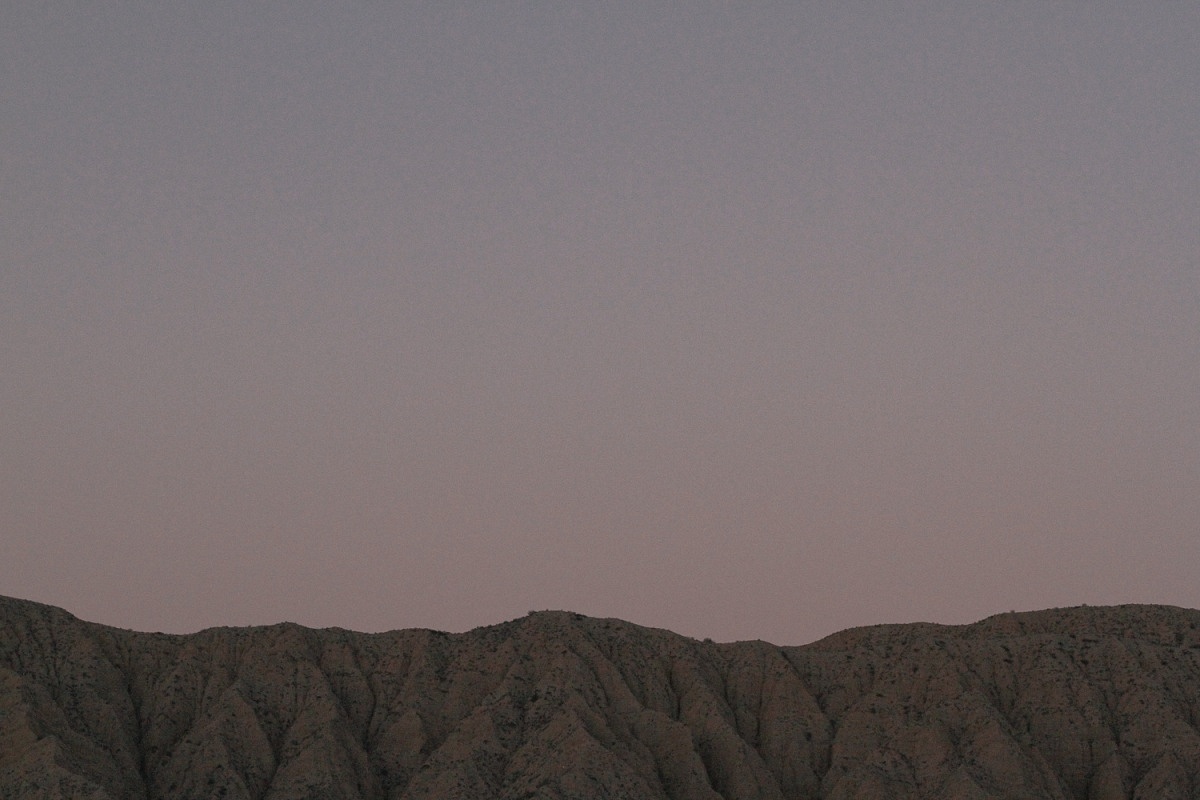 Although the last few months of last year were rough for me, I wouldn’t trade my hardships for anything less. To truly understand and appreciate what is good, you have to experience what is bad. Ultimately understanding these concepts are gentle reminder that you are trying to improve yourself every day. Similar to the routes I took to go up to the Bay and back, I decided to try an unconventional road for my career goals. Last month I managed to snag several awesome relevant part time jobs that left me with enough time to pursue my personal passion projects. Will I last taking the less traveled path? I don’t know, but one thing for sure is that my drive will. 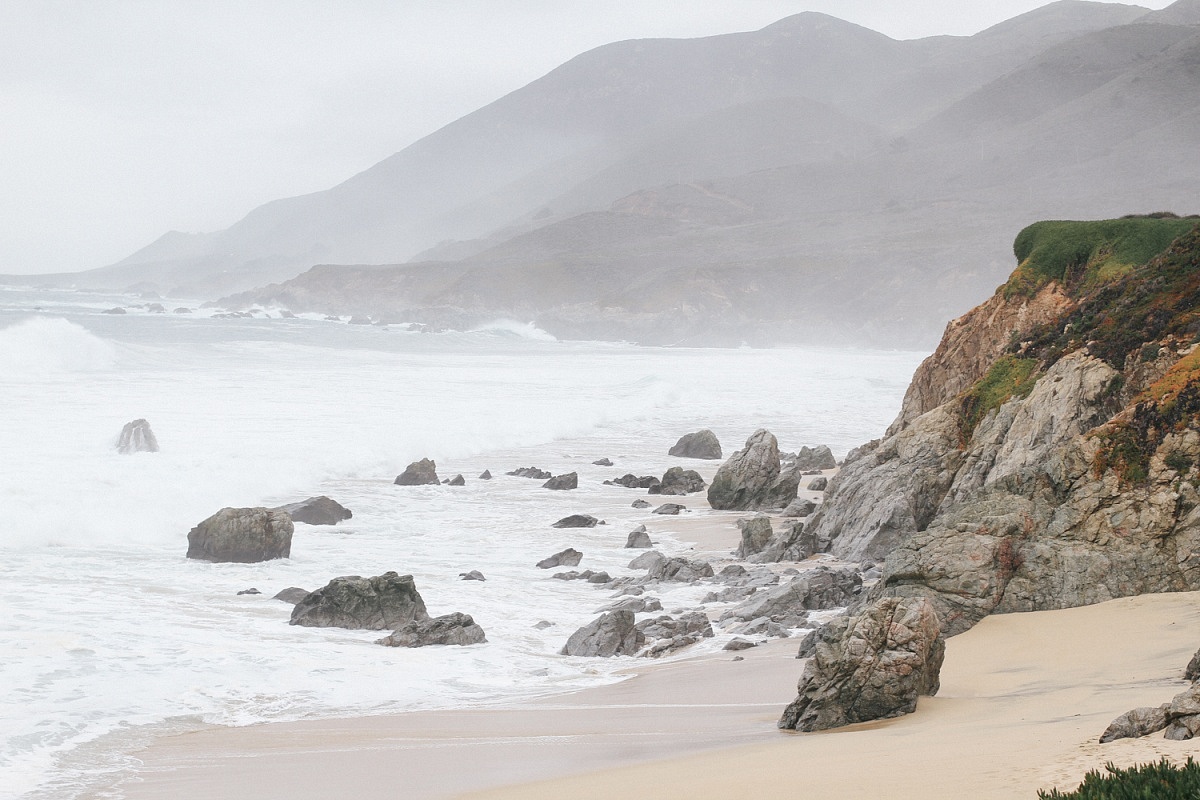 One of my first victories after this trip? Being able to get a refund on those oversized tires.