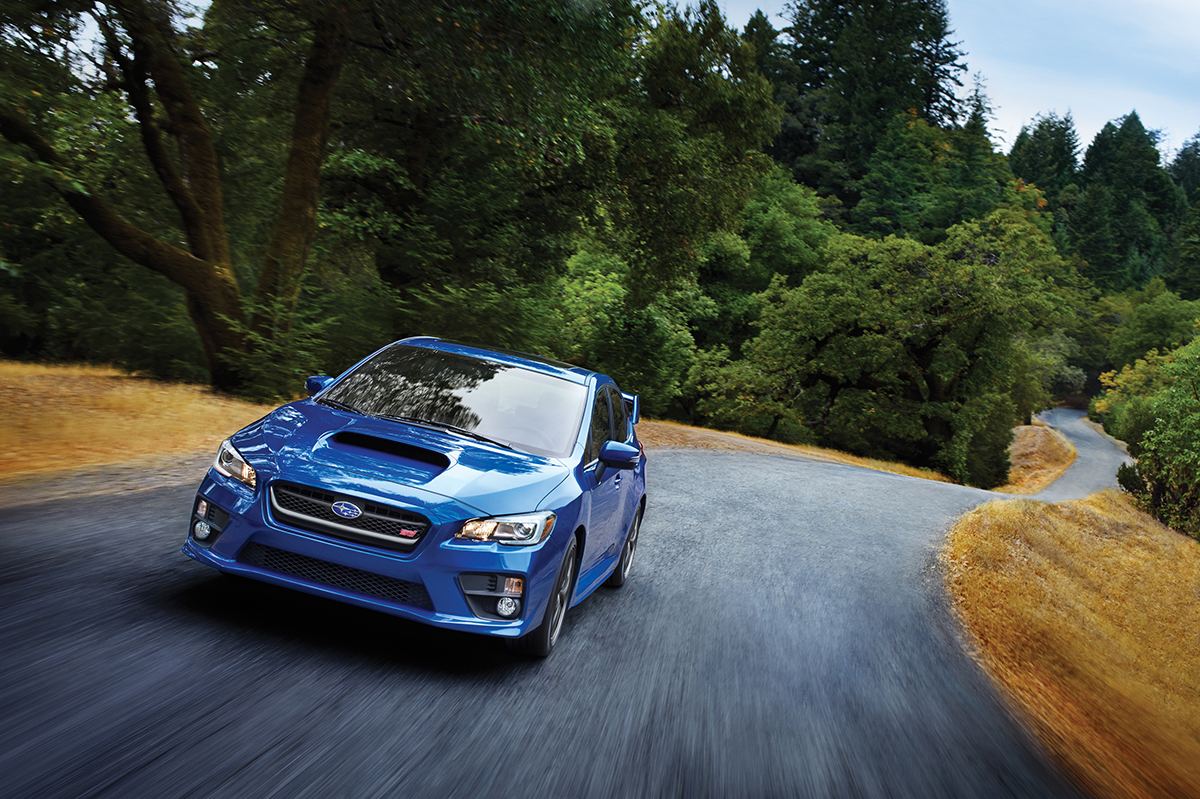 The WRX STI Is Missing A Step

It’s been several years that the Lancer Evolution has been gone now, and it seems to have made Subaru a bit lazy. While they have been still upgrading the WRX STI (the Evo’s main competitor), they didn’t really do all that much. Sure it went through an entire exterior facelift, but beneath it remained the same car it’s always been. The 2016 model does very little to address the engine, but they do give fans an STI with a stiffer chassis. With fans crying out for updates under the hood and a wagon version, but both of those are nowhere in sight, the question is the following: can Subaru still place the WRX STI as a valiant proposition?

The exterior hints that it can. It’s over the top and aggressive just like with all previous WRX STIs. It’s a step above the standard WRX. The unique panels like the doors, fenders, bumpers and hood all give it a special character and presence. The hood is aluminum to save weight and the big scoop mounted on it is mounted lower and deeper in an effort to improve visibility. The headlight and taillight assemblies are unique to the STI as well.

Then we get to the main part of the exterior: that wing. Have you seen how large it is? It looks like it belongs on a GT-R, not a four-door midsize sedan. As if that isn’t enough, it’s also equipped with a rear diffuser. The outside appearance is something we just can’t fault. It’s not understated, but that’s the whole point of the WRX STI.

The biggest problem with Subaru and in particular the STI has always been the interior. The build quality, or lack of should we say, has been something numerous owners have complained about. The materials were pretty bad to start with, but the subpar fit and finish didn’t do anything to help that. Now granted, cost savings had to be found from somewhere and if you’re going to skimp out on anything with a performance car, enthusiasts would rather it be the interior than the exterior.

The new STI addresses those issues. The materials have been greatly improved and the integration of the cabin is nice. There are sport bucket seats with Alcantara inserts and soft touch materials can be found scattered in the entire cabin. You can now actually enjoy being inside the STI, even if it is stationary.

The engine under the hood is basically the same unit from 2008 however. It’s a 2.5 liter flat-four (Boxer) unit developing 305 hp and 290 lb-ft of torque. You already know the stats as they’ve been roughly the same for years now, with no major upgrades under the hood. The engine may be the same as the third-gen STI, but the handling isn’t. It’s miles better in terms of turn in, ride quality, harshness and compliance. The Active Torque Vectoring present onboard helps a lot as well.

If you want a performance sedan and only have the budget of an STI, we strongly suggest it. If however you can aim a bit higher, you can find a lot better offers than a car with an, effectively, engine that hasn’t been changed for 8 straight years.