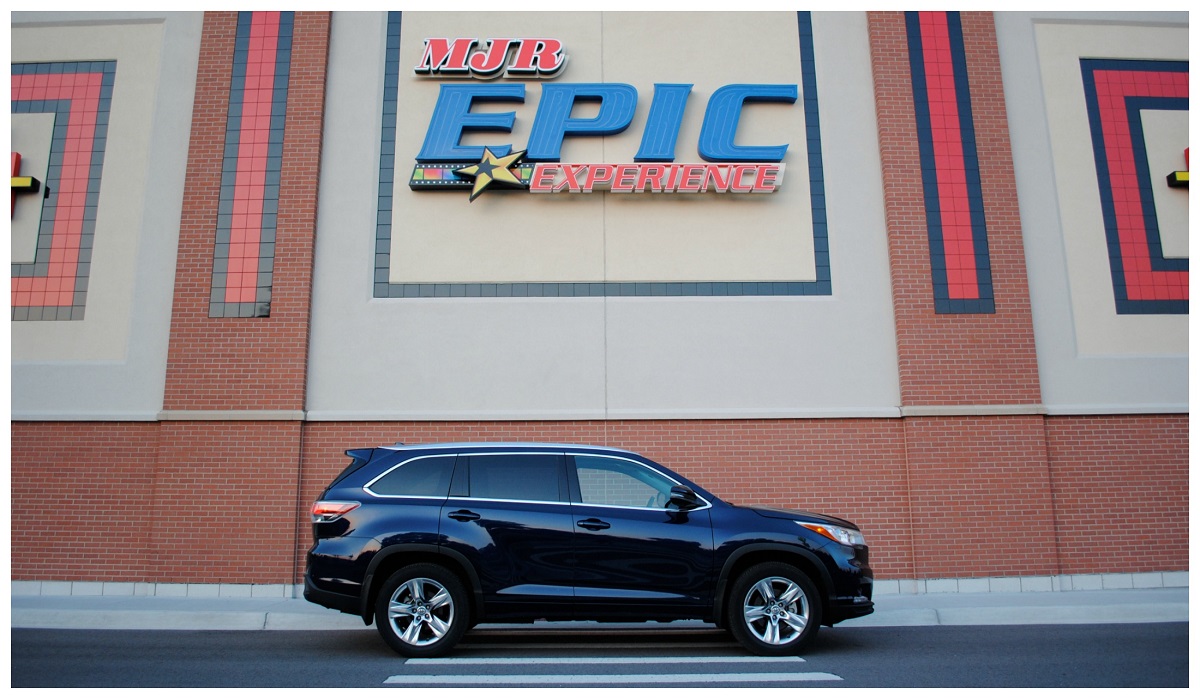 It’s no secret that the SUV is the newly preferred mode of family transportation (as was the van from yesteryear). It delivers practicality, economy and adaptability all while maintaining slight elements of cool and fun suitable for carting a stroller(s) around town. As this is a growing segment, literally, every automaker wants to capture the largest share of this consumer market as possible. Among the offerings, there are several losers and a smattering of winners. The Toyota Highlander, being the latter, is a unique take on the family hauler without expending its efforts in too many directions.

Currently, I’m a family-less man, but I do have a girlfriend and a dog so I figured it a suitable pairing to test the efforts of a brand that’s typically known for their midsize cars. In all honesty, Toyota had gone slightly soft in the design department for a number of years and it was a mindset that had carried through until now. The Highlander immediately rewrote what I knew as a Toyota. It features practicality, an array of tech options, and a strong engine to match its smart looks. Simply stated, I was impressed.

Though no family adventures took place during the week long loan, plenty of family-esque activities had been planned. As a holiday weekend unfolded, several outings with friends became an effort at capturing the typical expectations of the traditional buyer. Upon entry, most passengers were impressed by the heated and cooled leather seats, a stylish center console featuring a wide array of media options as well as the overall comfort found in the cabin. I immediately became the weekend chauffeur. I wasn’t complaining. The fully adjustable passenger seats and quality audio certainly strengthened everyone’s argument. It’s easy to passively drive anything when occupied by conversation during a busy weekend, so I was looking forward to the chance of spending a few days commuting to work.

This is a brand that’s no stranger to off-road prowess and cues can be seen in the Highlander. Featuring locking differentials, hill descent control and various terrain settings, it’s capable of getting you where you want to go. Unsurprisingly, moving people between various locations is its primary purpose. The surprise was how quickly it was able to move. Not that larger SUVs can’t put down sporty acceleration (note the ridiculously quick Range Rover SVR), it’s just not commonly expected from Toyota. But, again, I wasn’t complaining. The V6 engine delivered a deep punch and a lengthy rev range making for swift city driving. However, this didn’t bode well for gas mileage. Over the course of a week, I only managed a notch over 18 mpg. This figure was helped by a brief stint on the highway, but factory figures aren’t much better anyway.

Every year technology continues to improve and the way a vehicle drives is becoming far more than just engine feel. Between downtown trips for food to congested commutes after work, the driver aides were features I quickly accepted. It’s one of those scenarios where the usefulness isn’t acknowledged until you discover it yourself. Overall, this was proving to be a fully competent and capable SUV targeted at younger families.

As for this being a dog friendly SUV, it’s a mark against the Highlander in this category. It may be a small complaint from my experience, but the third row of seats doesn’t fold flat. As a result, it creates an uneven, slightly canted floor causing a dog kennel to rock about when driving. On a few occasions, there were close calls that an unhappy puppy would be heard. Fortunately, the trips to and from the bark park were a success. Now, if you’ve chosen children over animals, it can also be assumed that the third row wouldn’t make for a complaint-free family trip for those past the age of six. Nevertheless, this isn’t a reason to discount this vehicle as the same knee-to-chest experience can be found in all SUVs offering third rows.

Initially, I was expecting an average looking SUV pushing average performance while providing average comfort and niceties. At the end of the week, I was left with a new found interest in Toyota, and in the Highlander suddenly being a viable choice as a next vehicle, on the condition that the pet situation is sorted. In a crowded market, this is one worth considering. It has the looks, the power, and modern amenities most would expect in a mid-range vehicle placing the Highlander a notch above the rest.