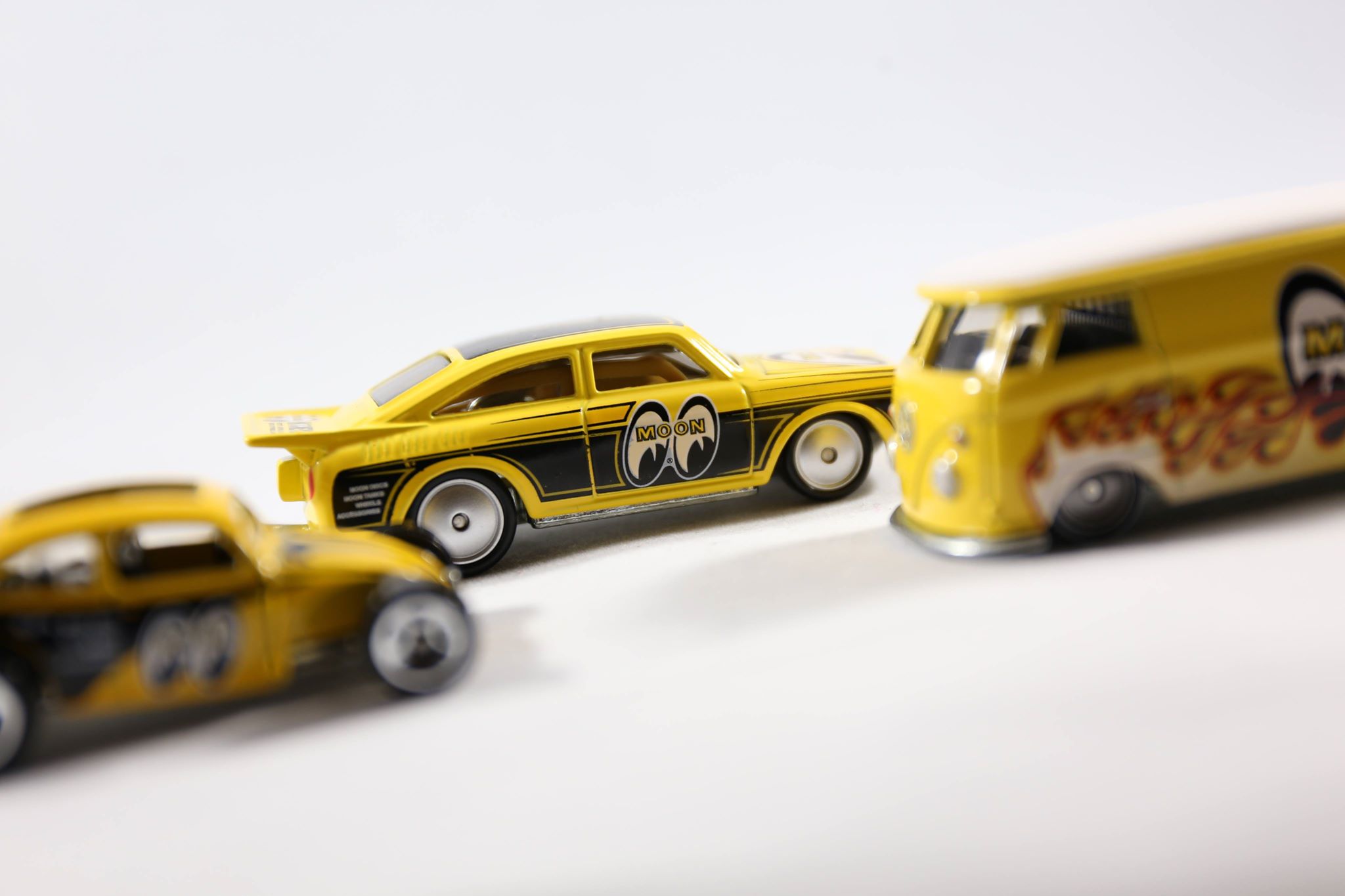 Whether it’s meant to lead to financial benefits or to merely serve as a tribute to a collector’s passion, collecting is one of the most personal hobbies one could get, and in that spirit, there’s no right or wrong way to go about it. Nevertheless, the best collections are anything but random. With something as eclectic as Hot Wheels, devoted enthusiasts are bound to follow a certain set of unwritten rules which we have helpfully written down to help aspiring Hot Wheels collectors better channel their taste and individuality.

Hot Wheels celebrates its 50-year anniversary this year, which means the brand has been through a lot – and what fuels a collector’s drive more than a rich history and a medley of periods? History and different periods of designs are perhaps the two engines of all Hot Wheels collectors’ treasured selections.

If you’re starting out, the first thing you need to do is read up on Hot Wheels’ history and development throughout the years. You will learn about the different series, the cultural and historical period they are the reflection of, as well as Mattel’s continuous strive for innovation every design is driven by. Some of the designs’ historic characteristics, especially ones that turned out to be errors for one reason or another, make for some of the most coveted Hot Wheels today.

This knowledge will become the foundation of your collection’s theme, it will give your individual taste a more concrete and refined expression.

In the spirit of Hot Wheels’ diversity of styles and Hot Wheels collectors’ diversity of personalities, collections’ themes can be almost as many as the actual cars. Here are a few starting off points:

This is probably the simplest one, but it’s not a bad way to start out. If you have an affinity for a certain color, just like many people always go for a specific color of cars, you can not only create a vibrant theme for your Hot Wheels collection, but also an unlikely decoration for your home.

Over the years, Mattel has come up with a variety of series. One of the most famous and sought after ones is Treasure Hunt series which first appeared in 1995. It can be recognized by the circled flame which is placed somewhere on a door or a spoiler.

Then, there’s the Super Treasure Hunt Series. Those Hot Wheels cars are even less in production numbers and can be recognized by the letters “TH” somewhere on their body. They have often tuned versions of the basic cars, with better paint jobs, more eye-catching artwork, as well as Real Riders (rubbers wheels instead of plastic).

But series don’t end there. There are the Formula One series that was the result of Mattel’s collaboration with 5 Formula One team. There’s The Beatles series which is pretty funky, the Japanese Historics, Planet Micro, and many more. Generally speaking though, The Treasure Hunt series, in the spirit of their name, are harder to find and respectively of greater value.

There’s another theme which offers an invaluable chance – to celebrate errors. Ironically, errors make for one of the most unique, interesting, and respectively expensive collections. Because such models naturally went out of production pretty soon after designers realized their mistakes, those models are very few in numbers and very big in cost.

Redlines are also models that pose a universal appeal for Hot Wheels collectors. They are the models that feature a red line on their tires and went out of production in 1977.

The Debate: In or Out of the Package

This is a debate that has pervaded not only the circles of Hot Wheels collectors but toy collectors as a whole. Some say toys are meant to be enjoyed and played with, others like to preserve them inside their shells, protected from all the dangers our world poses for them.

If you’re collecting with the main idea to sell toys online one day, keeping them in the package will certainly increase your profit. If not, there is an undeniable beauty in a collection, spread out somewhere in your house like your very own bad-ass squadron, waiting for its captain to raise some hell. If you’re unsure if one day you might want to sell, a good idea is to keep the package as intact as possible in order to prove your cars’ origin.

Even though most big shops like Walmart and Toys R Us will always have a variety of Hot Wheels, you will always have a better chance of finding something special at smaller and more exclusive shops. A good idea is to join forums like hotwheelscollectors.com for news, tips, and trends. The beauty of being a collector is the sense of community that comes with it and there’s no shame in being a newbie.

And there you have it – a couple of tips for aspiring Hot Wheels collectors, and just some of the countless themes you can come up with. You can go after specific brands, years of the model, muscle cars, sports cars, or anything else that feels right.

In short, the rule is one – try to have a theme, whatever it may be. But in the end, even if the only theme and purpose of your collection is the randomness of your taste, who can judge you. Your cars certainly won’t.