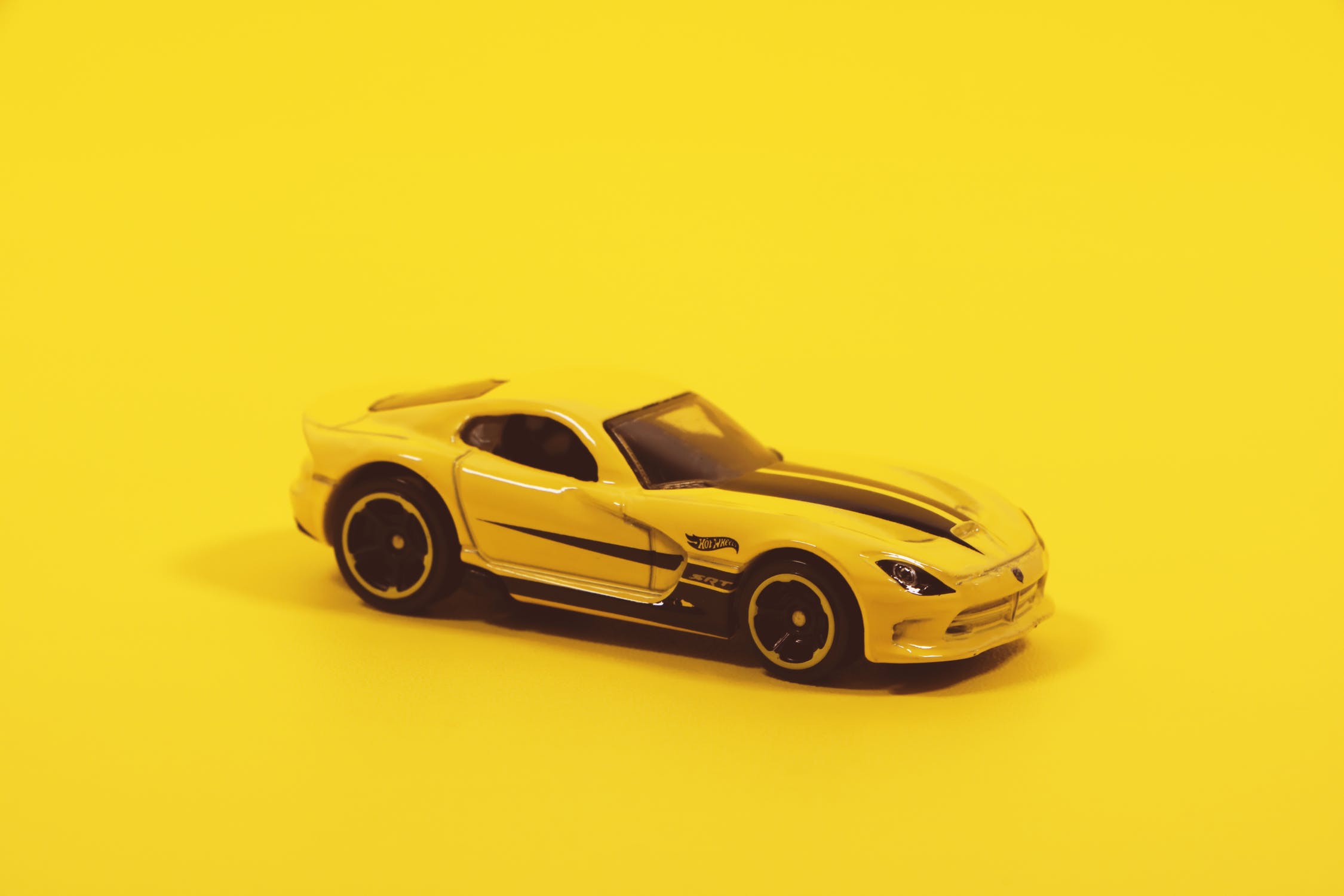 The cars any Hot Wheels collector should (or would) have

Here are some of those most coveted Hot Wheels whose allure takes different forms – for some it’s their unusual design, for others it’s a historic feature or even error gone extinct; there are those which were highly exclusive by default, and there are those which, to put it simply, are just very expensive, probably for all of the reasons above. Whichever the case, these die-cast cars are united by their uniqueness and the power they hold over any Hot Wheels collector. 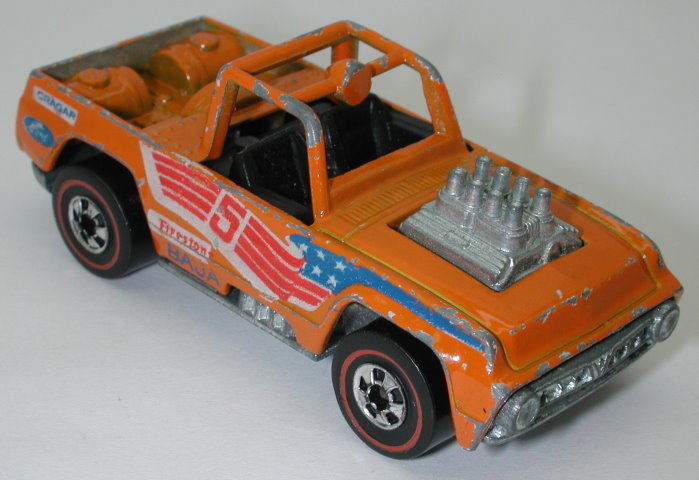 What makes the Baja Bruiser special is its historic significance. It’s one of the first die-cast cars to incorporate graphics, called “tampos” instead of the signature “Spectraflame” colors which went out of production in 1972. 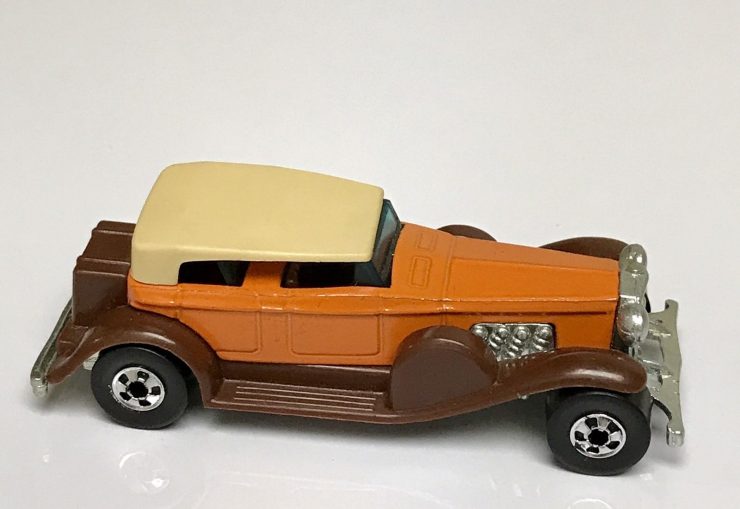 The “Redline” era of Hot Wheels refers to the period from 1968 to 1977 when all Hot Wheels cars had red lines around the edge of their wheels. Being one of the very last to have this, the “Redline” Doozie is a symbol of a dying breed of cars which will always be Hot Wheels’ founding figures. 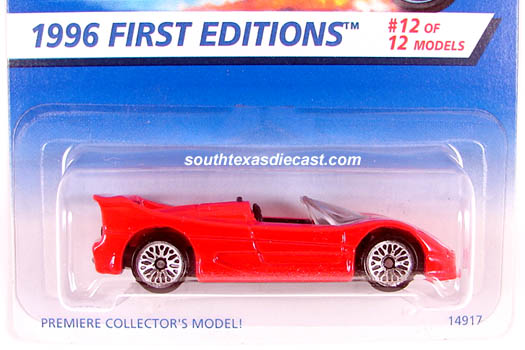 What makes this one special is that it’s a Ferrari, as simple as that. Ferrari, especially in the 90s, epitomized speed and luxury like nothing else. This miniature car is imbued with at least a thousand boys’ daydreams for every horsepower it packs.

In 1983, Mattel introduced the “Real Riders” collection, bringing back their attention to wheels. The collection is defined by the cars’ big, bad tires which look so real boys could almost see smoke coming from their vicious skid. And this beauty is one of the first, but not of many since the production cost for this collection was too high. 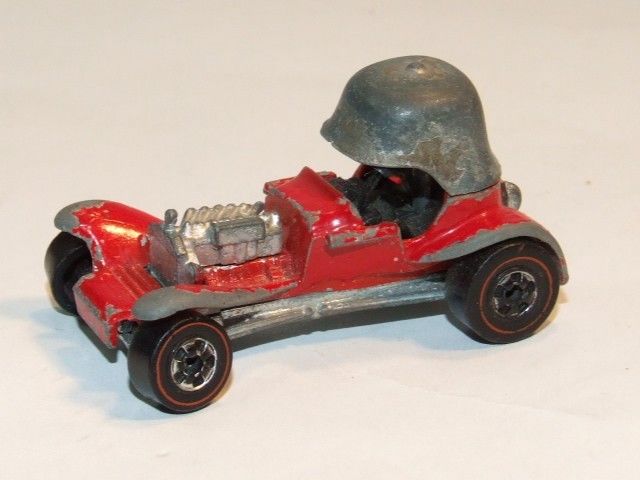 It takes one look to realize this die-cast car is anything but ordinary. Inspired by the German World War I pilot Manfred Von Richthofen, A.K.A the Red Barron, this Hot Wheel is reminiscent of a surreal tribute. It has a German helmet in place of a roof and a pair of machine guns. To make it even more unique, it was produced as a prototype, with less than 10 models known to exist.

This model is unique on a few different levels. To start things off, it was available only in the UK and was only produced in blue, making it the blue jewel in the crown of any Hot Wheels collector who is only after blue cars.

But what makes it particularly special is the stickers of Ed Shavers who was an American serviceman based in the UK whose drag racing career was sponsored by Mattel. Those cars were sold on race tracks where he raced and also came in cereal boxes, tying them with different rituals and dreams that left an everlasting trail on many childhoods. 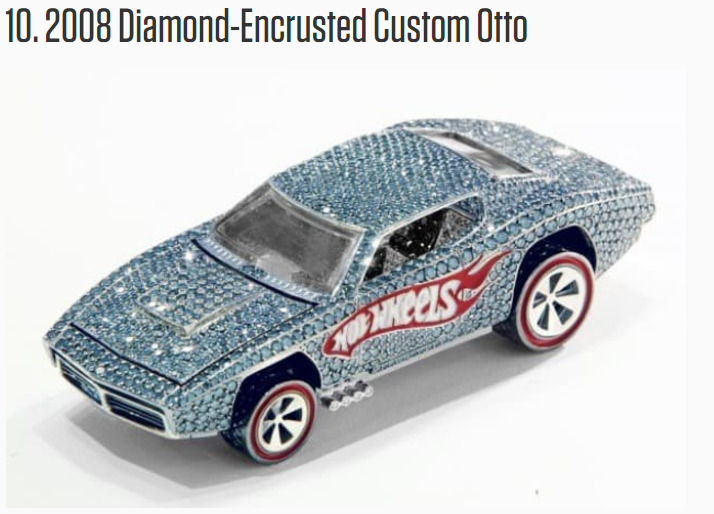 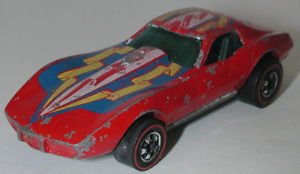 Even though this model isn’t exactly unique since Mattel has produced a great number of variations of the Corvette Stingray, this is precisely what makes it a true classic any Hot Wheels collector would be lucky to have. It’s as close as you can get to a must-have, a real stamp of class on any collection.

With only 7 Rodger Dodgers made in that color, this is the ultimate dream of any blue Hot Wheels collector.

Legend has it that Bob Parker, a Hot Wheels collector, traded off a bunch of his Matchbox cars to a collector in England for all 7 Blue Rodger Dodgers, then sold all 7 to people throughout the United States. 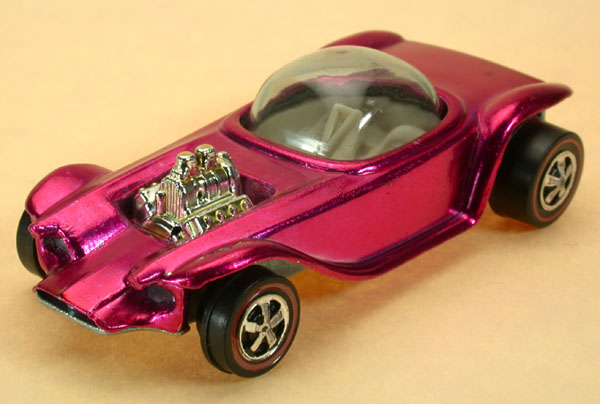 Not only is this a part of the very first 16 Hot Wheels, making it a die-cast car any Hot Wheel collector in his/her right mind would kill over, but it stood out right away even among such a dreamy squadron. It’s re-created from Ed “Big Daddy” Roth’s concept car for Rod & Custom Magazine from 1961 that featured futuristic elements such as a big bubble over the driver’s seat and a joystick instead of a steering wheel. It looks like a car that has come out of a video game, and after all, it has never been a real car, the Beatnik Bandit embodies an invaluable chance which few collectible items could ever offer – to really blur the lines between toys and their real counterparts. 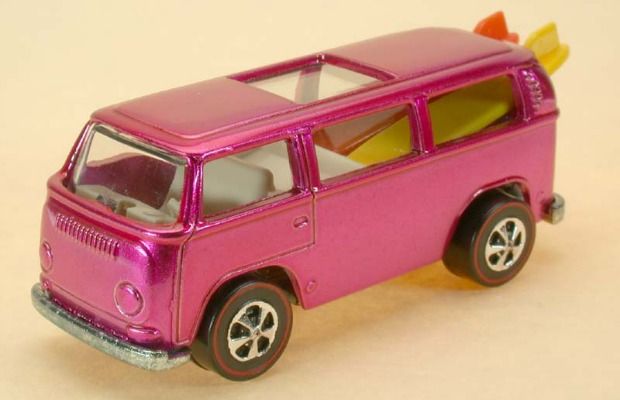 Hot Wheels collectors and experts, with all their different tastes and personalities, have reaches a somewhat universal consensus – this is the most coveted die-cast car by any Hot Wheels collector. After all, money isn’t really subjective, and this one was sold for $125,000.

The reasons for this staggering cost are two. First, it is pink, not the most boyish of colors, making it one of the very few pink Hot Wheels. Most of all though, it was built as a prototype and is distinguished by the actual released version by the fact that the surfboards are loaded in the back of the van rather than on a side pod.

This van remained a prototype because it was too narrow for the Hot Wheels race tracks and Super Charger. The most expensive testament of how costly errors can be in the Hot Wheels world, but certainly not in the traditional sense.

And there you have it – some of the most desired die-cast cars virtually any Hot Wheels collector would love to possess. Their Exclusivity and high cost are certainly their main common denominators, but don’t get discouraged by – what makes Hot Wheels so collectible is the boundless chance for self-expression they offer, and unless your collection is driven by strictly materialistic goals, you can always find ways to re-create your individuality into a material form that is defined by its class and distinctive style rather than its price.