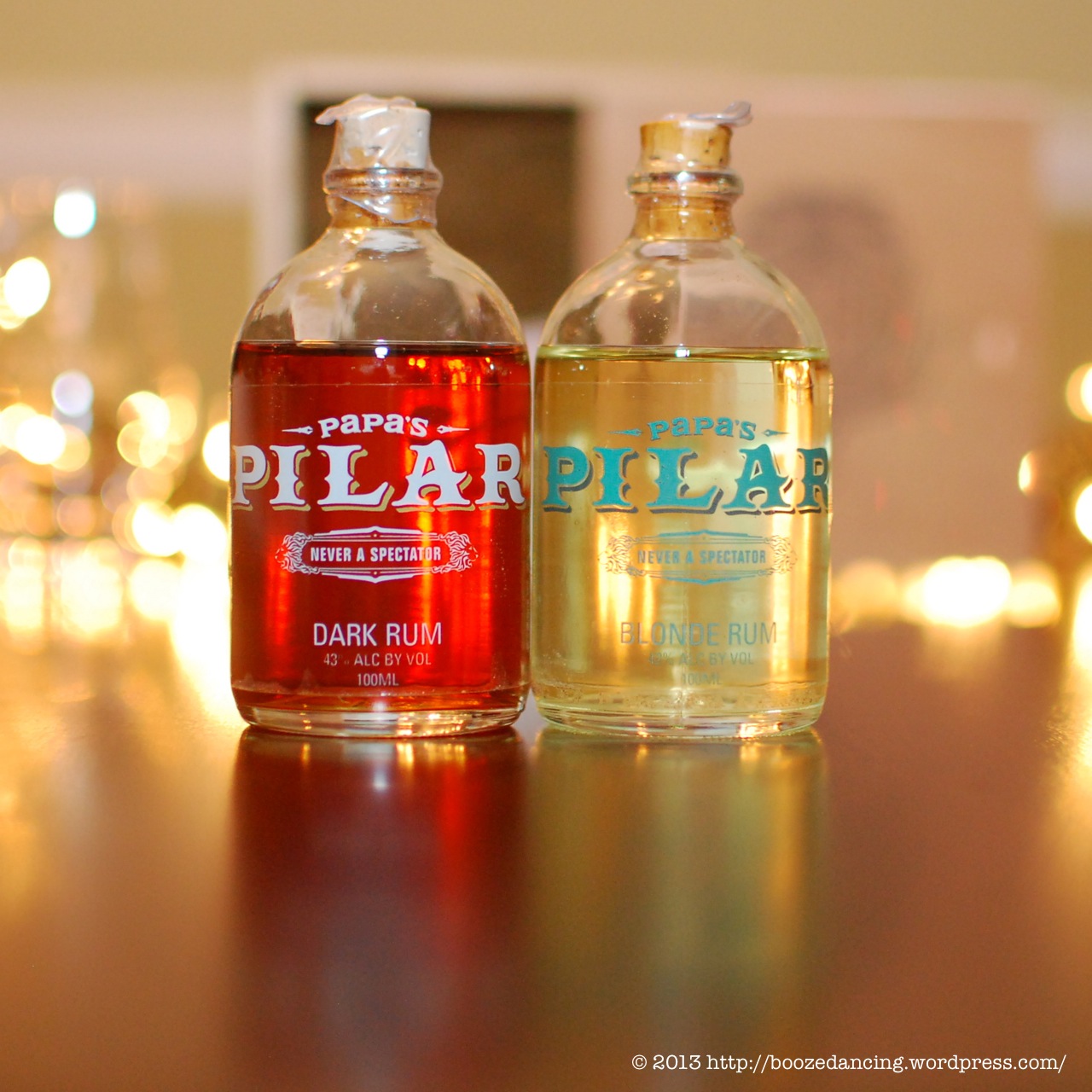 Not all that long ago, Mrs. G-LO left me home alone with The Boys (aka our two sons) on a Saturday night so that she could attend a bridal shower / bachelorette party for my future sister in law in Atlantic City. As luck would have it, The Boys were a bit tired that night, so both of them were asleep by around 9PM. Since I knew that Mrs. G-LO would be out for quite some time, I decided to take advantage of the situation and sat down to finally review the two Papa’s Pilar Rum samples shown in the above photo which I received from RoBro Marketing.

Although I have always been a fan of a well crafted Rum cocktail, I can’t say that I’ve spent much time drinking it straight, so when I started to do a bit of research about these Papa’s Pilar Rums (i.e. a bit of Googling), I was curious to see how they would hold up on their own. Here is what I was able to find out:

At around 9:30, I started nosing the Papa’s Pilar Blonde and was instantly intrigued by the aromas. As I have already mentioned, I don’t have any experience with Rum tasting, so I quickly decided to recruit Limpd for some help and a second opinion. After a quick round of back and forth text messages, Limpd popped over at around 10:30 to assist with the review.

Here are our results…

Conclusion: We both found the Papa’s Pilar Blonde to be much more interesting than we expected. Most white Rums that we’ve tried straight tend to be a bit one dimensional, but this stuff has a delightfully layered flavor profile which we’re sure has a great deal to do with the Solera process. We could totally see ourselves sipping this Rum on occasion, or using it to create a really delicious cocktail.

Conclusion: It’s funny how expectations work! We thought for sure that we would have preferred the Dark Rum over the Blonde Rum, but it turns out that the opposite is true. While there was absolutely nothing wrong with the Papa’s Pilar Dark Rum, we both found it to be a touch too sweet for our taste.

I guess when it comes to Papa’s Pilar Rum, the gentlemen preferred Blonde.