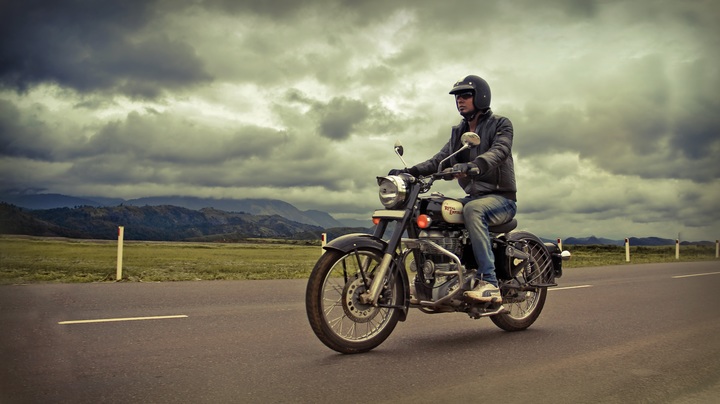 The Personality Traits of Motorcycle Riders

Of all drivers on the road, motorcycle riders tend to be shoehorned the most. The categories tend to shake out to the usual: an outlaw, a hipster, or an old man. Even though those ideas are outdated, if ever true at all, there are some personality traits motorcycle riders share:

Riding is permeated by a deep sense of adventure. That could be because of the general risks of riding, or because of those who embark on round-the-world rides. Whatever the reason, motorcycles are a universal symbol of freedom.

It’s no wonder that this affinity for adventures extends beyond the road and into various other aspects of riders’ lives. They rarely settle for the status quo, and are generally drawn to active lifestyles that keep them on their toes. This is true for new riders in their 20’s, up to retirees who take the Harley out on the weekends.

Anyone who pledges love to a one-seat vehicle can’t be the clingy type. A motorcycle is like an extension of its rider, a travel companion that’s the only company riders need.

And that self-sufficiency isn’t just limited to the lack of extra seats. Motorcycle riders tend to do their best to take care of their bikes themselves as much as possible. Working on their beloved machine, constantly tweaking, fixing, and upgrading different components – that ceaseless, sacred process brings riders almost as much joy as riding itself.

Riding a motorcycle is a privilege. Any self-respecting biker has to have at least a decent arsenal of tools, and skills. If and only if these are exhausted will they call a professional for assistance. Otherwise, the bike would seem like nothing more than a fashion accesory. This self-sufficiency is as much of a personality trait as it is one, born out of necessity. Bikers often need to adapt on the fly and make adjustments on the road.

A Primal Love for Motorcycles

If you had to bet your life on something, one of the safest bets would be that any biker loves his/her bike.

Riders might have other dream motorcyles, or things they’d like to upgrade, but you’ll never see a biker who treats his/her machine carelessly or with lack of fervor, no matter how old and battered it may look. Every scratch on a bike is a memory, an experience, a mark of the deep bond it has built with its rider over the years. That relationship is comparable only to a cowboy and his loyal horse.

Few groups and sub-cultures rival motorcyle riders in terms of the unfaltering loyalty and camaraderie that brings them together. This is one of the most widely popular traits which has rightfully been romanticized in many films, songs, and most lately, the iconic TV series Sons of Anarchy. Even though the show revolves around the classic stereotype of illicit motorcycle clubs, the concept of brotherhood and honor among thieves makes the story resonate with both riders and anyone else with a romantic bone in their body.

Despite having a reputation for being reckless, motorcycle riders actually have to have twice the awareness of a regular driver in order to make up for bikes’ inherent lack of safety features.

This awareness often transcends the road as well, as riders often demonstrate higher adaptability in many aspects of their lives that perhaps reinforces their signature self-sufficiency.

Bikers are arguably the most distinctive drivers, both on and off the road. Riding a motorcycle is, at the very least, a passion that can’t be stifled by higher risks or inconveniences; and at its best, it’s a romanticized lifestyle, a culture, a movement, a religion if you will, uniting people from virtually all walks of life around a vehicle that gets their hearts racing, whether they’re riding it or simply talking about it.