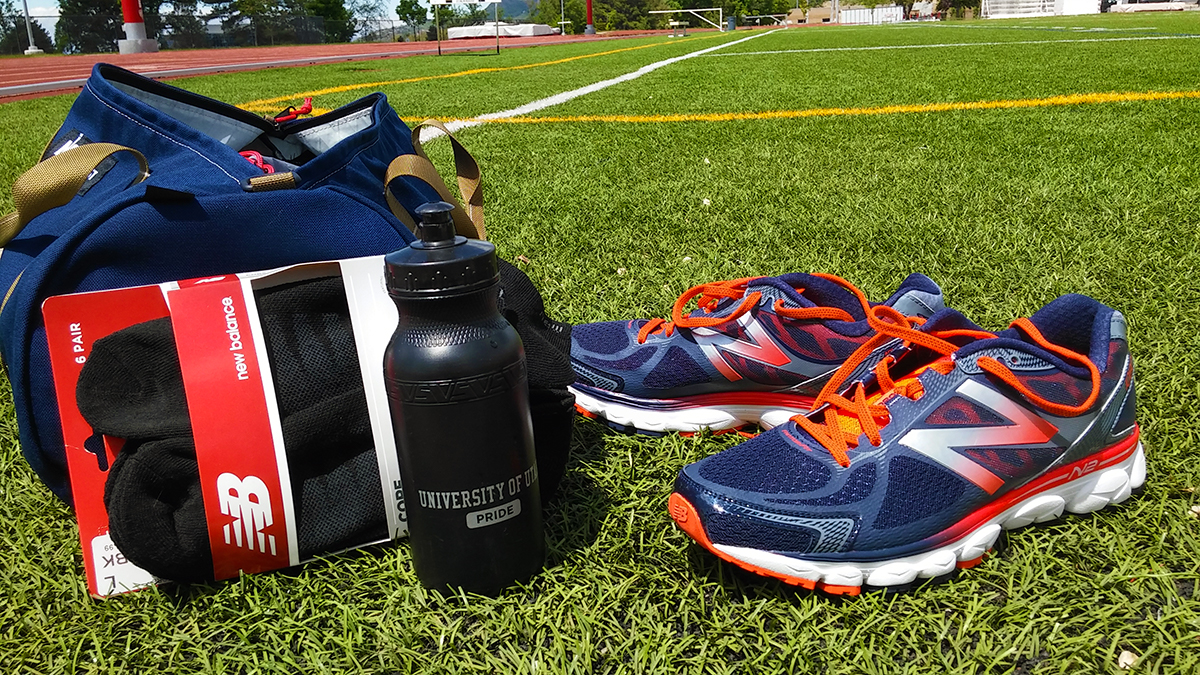 pictured here with the North St. 21'

Now, I must admit, I consider myself a bit of an early adopter…but when it comes to much of my athletic gear, I like to stick to tried and true tools and methodologies. I still do much of my weightlifting with the same basic flat-soled converse I’ve had since my sophomore of college, which at this point are totally riddled with holes. You can make this work when you’re not moving very quickly, but after taking a particularly painful spill in my worn out Saucony running shoes, totally devoid of any tread after two half marathons and hundreds of training miles, I decided maybe I needed to replace them.

I opted for the New Balance 1080V5 N2 Asym-Counters. Really what I opted for was an excellent running shoe that is defined by having a neutral construction, the plushest heal in the game, designed to offer more support on the medial side of the shoe. Says a whole lot more than a string of digits and numbers, right?
I chose a shoe with these strengths because of an existing knee issue – its ultra plush heal relieves much of the impact on my knees, while maintaining a solid and sturdy construction throughout the rest of the shoe for a unique “springy” feel I had not encountered previously. 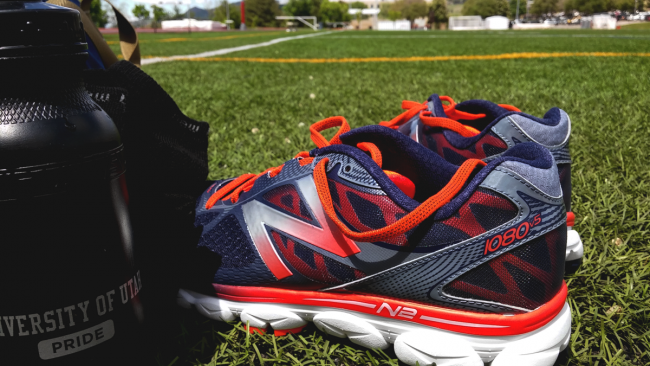 The “Asym Counter” construction offers more support on the medial (inside) side of the foot, as mentioned earlier, but what this really does is keep you body centered through your stride, reducing the likelihood of your foot rolling inwards (over-pronating) and actively correcting it. The N2 suggests the insole being “nitrogen infused” …I can’t really tell you what that means, but I can tell you it feels really really comfortable. A particularly unique feature we as petrol heads appreciated, are cleat-like nubs on the sole derived from the form of the motor-mounts in a car; both working to reduce vibration and make for a softer, crisper ride.

Although they’re “running shoes” I’ve found myself getting into the “bad” habit of walking around in them too – it really is like walking on a cloud, and I definitely understand why my Grandpa, not known for exceeding about a mile an hour on foot (but who can blame him at the ripe age of 83), exclusively wears top tier running shoes in his day to day. I definitely recommend checking out New Balances new running lineup, even if you’re not going to run in them.