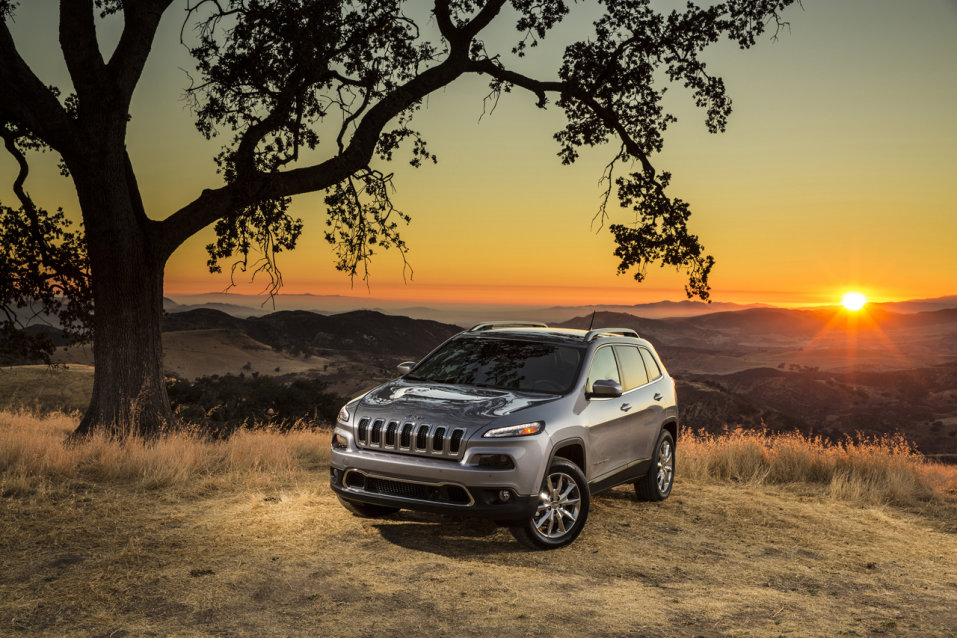 How The Jeep Cherokee Changed SUVs

I want you to picture an SUV – just the first thing that pops in there when you see those three letters. You might picture something positively agricultural by today’s standards – likely a 1st or 2nd generation Ford Explorer, since Ford minted them by the millions. While the Explorer was an undeniable sales-hit for Ford, it would be a mistake to say that it originated the SUV as Americans craved it in the 1990s through the early 2000s: rugged-looking, and extremely capable by current standards. For Ford, the Explorer was a case of good timing and decent marketing, but they didn’t get there first.

The good folks over at American Motors Corporation (AMC) first got to SUVs as they would come to be known. Sure, SUV-like things had been around for a while. The Suburban name has been in GM’s catalog since the 1930’s. Two-door runabouts had flourished at the fringes of the market too – think Ford Bronco, Toyota Land Cruiser, Jeep CJ, etc. But in the early 1980’s, AMC had something different up their sleeves. It had four doors like a Suburban, but in a more wieldy size. An innovative unitized frame lowered the height and weight of the vehicle, negating the need for a gas-guzzling V8. Then there was the styling. In place of the aggressive machismo of a Ford Bronco or Jeep Wagoneer you had simple clean lines that met at slightly boxy angles (it was the early 1980s, after all. Aerodynamic bubble-cars were still a few years over the horizon). AMC called it the Cherokee – or XJ, if you’re really geeky about Jeeps.

When the Cherokee debuted, it was not quite the sales phenomenon Ford would later have with the Explorer. Like many good things in life, the Cherokee was an acquired taste for the market. To be fair, the Cherokee wasn’t really like any previous Jeep, or any other passenger-carrying truck that came before it. Mud-bogging enthusiasts viewed it as tiny, and since it lacked a V8 – a bit wimpy. It was the original Mall Finder. There may be some truth to that. The Cherokee definitely makes a better on-road companion than a K5 Blazer or full-size Bronco.

However, the Cherokee had a few things going for it in terms of back-country antics. It was more maneuverable than the full-size rigs of the time (handy when you’re squeezing down narrow trails). While the unitized frame might not have the boulder-bashing tenacity of a truck’s separate frame, it’s a lot lighter. Cherokees don’t get swallowed by the Earth nearly as easily as a lot of larger trucks. When Chrysler bought out AMC in the late ‘80s, the Cherokee got a much-needed infusion of muscle courtesy of a 4.0L straight-six engine also included in the AMC deal. Sophisticated that six-cylinder was not, but it had torque in spades, and a decent rush of power too. While not fast in a world of the BMW X5 M or Porsche Cayenne Turbo, by the early 1990s, the Cherokee could move. Add to that a pair of sturdy and articulate solid axles and Mom’s Mall-Finder could also get you pretty much anywhere you would want to go by vehicle.

Finally, there was the styling. Ignore the presence of fake wood on the sides of some early Cherokees. What you’re left with actually rather handsome. The look is clean and honest. The greenhouse is airy, and well proportioned. It was such a nice shape that Chrysler/AMC were able to justify keeping it around all the way to 2001. Not bad for a vehicle that was introduced in 1984. I think it rightfully qualifies as an icon.