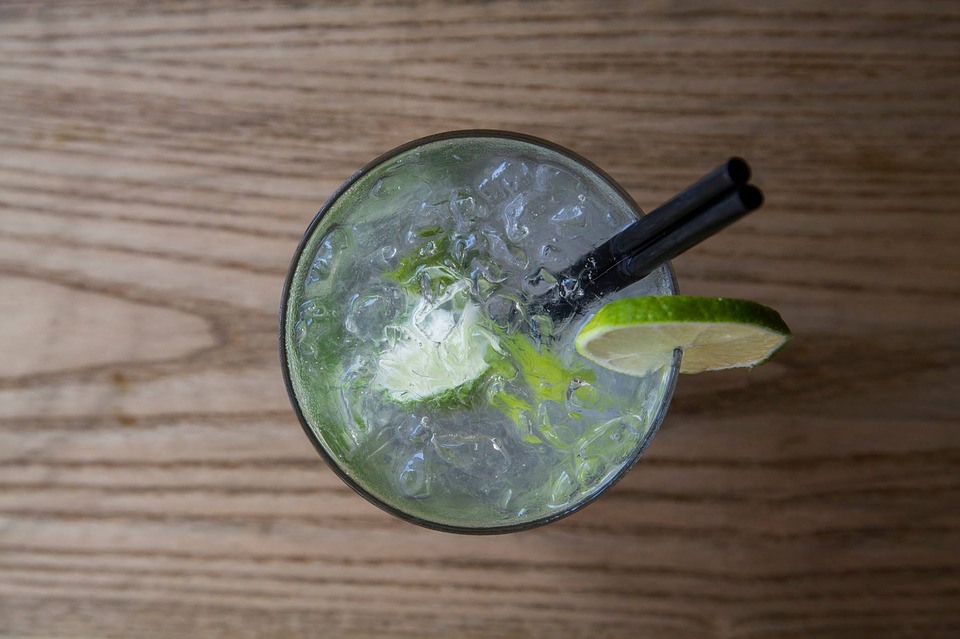 Music and Drinking: Here are Some Perfect Pairings

Cookies and milk, peanut butter and jelly, Bert and Ernie — some pairings are just to be. And we can safely add “music and drinking” to the list as well.

But as much fun as a night out on the town can be, I’m referring instead to a more private and solitary experience, the kind of night where you can curl up with a few drinks and listen to an album from start to finish. Maybe you’re focusing on the music, or maybe your thoughts drift someplace else. The only thing that really matters is listening to every track, and sipping on your drink throughout.

Here’s a list of great albums to listen to while enjoying a drink. So pop your top and muddle your mint, and we’ll see you on the other side.

Let’s get one thing straight: I love beer. It’s my go-to drink while listening to albums because of its unique ability of putting me into a wistful state. These albums pair perfectly with a cold six pack and an hour or so to yourself.

“As much fun as a night on the town can be, I’m referring instead to a more private and solitary experience, the kind of night where you curl up with a few drinks and listen to an album from start to finish. The only thing that really matters is listening to every track, and sipping on your drink throughout.”

Beck – One Foot in the Grave: Probably the best Beck album ever produced, and certainly my favorite one. The album has a consistent vibe of melancholy punctuated with manic highs and soul-searching lows. There are examples of the trademark sound Beck is famous for, but the album demonstrates a simpler songwriting and more raw approach to music. You’ll know from the first song, right away, if it’s for you.

Kyle Craft – Dolls of Highland: I walked into a concert last November and this guy was opening for the headlining band. He instantly cemented himself as one of my favorites. Clever and tight musical arrangements and incredibly powerful vocals make for an album worth rocking out to. Prepare to be told a series of stories by Kyle Craft, all with a quality seemingly written to be listened to with a beer in one hand.

Marcy Playground – Leaving Wonderland in a Fit of Rage: Most folks are surprised to learn that Marcy Playground, the band behind the 90’s hit “Sex and Candy,” continued producing albums. This particular gem demonstrates some of the band’s best songwriting and contains the killer tune “Devil Woman.” It’s one of my favorite albums for reminiscing and kicking back.

Wine is the drink of poets, philosophers, and bored housewives, all of which are fine company. For me something about the aroma and heady highs of wine pairs well with the following albums.

Asteroids Galaxy Tour – Fruit: The first album released by the band, Fruit is a collection of over-stuffed sounds with an intoxicating lead singer powering through every song. This is an album to move and dance and groove to, even if you’re sitting in your chair with a glass — just try not to spill it. The best part of Asteroids Galaxy Tour is that they are so damned difficult to fit into a category.

Simon and Garfunkel – Sound of Silence: This is definitely the album to listen to when you’re aching for something unapologetic. Most everybody knows the album’s title track, but it’s the rest of the album that makes it a spectacular listen. Prepare yourself for a walk down memory lane with this musical accompaniment.

Tool – 10,000 Days: I’ve listened to this album about 10,000 times, and it’s never sounded as powerful as when I’m drinking some wine. This is an album perfect for listening to through some high-quality speakers or headphones with some rich red wine in hand. The operatic, guitar-driven music is balanced perfectly with musicians of incredible skill and talent. The lyrics for each song are just as powerful. Fair warning: This record is considerably louder than anything else on this list!

I’ve never been big on liquor of any sort, but a few drink combinations feel just right, at least when listening to music and drinking.

Tom Waits – Mule Variations: No list involving music and drinking should ever be considered without adding something by Tom Waits into the mix. Mule Variations catches a little bit of everything Waits is about. It’s impossible to listen to it and not catch the groove. This is my go-to album when I’ve had a good day and want to relax to some great storytelling — after all, that’s what Waits excels at. This pairs perfectly with a Jim and ginger (2 oz. Jim Beam bourbon and 10 oz. ginger ale).

eels – Blinking Lights and Other Revelations: Prepare for one hell of a show with this one. The eels really reach into the ether for this album, experimenting with new sounds and songwriting. There are plenty of hits in the mix, but enough gambles to keep the listener tuned in to the unusual sounds and combinations. Speaking of combinations, the eels have been a lifelong-favorite band of mine, and my circle of closer friends have agreed that the only drink to enjoy while listening to the eels is the classic Tom Collins (2 oz. gin, 1 oz. simple syrup, 3/4 oz. lemon juice (I use most of a single lime for mine), soda water, lemon wedge and cherry for garnish).

Neil Young – In Concert (BBC 1971): Alright, this one isn’t actually an album, but it’s a single show Neil Young played more than 40 years ago. It’s worth actually watching, too, if only to enjoy the fact that there are no cell phones in view recording the show. This album is the quintessential Neil Young experience, and may be the only “required listening” on this entire compilation. It’s a straight-up, no-frills performance, and as such deserves a straight drink. I recommend whiskey neat.