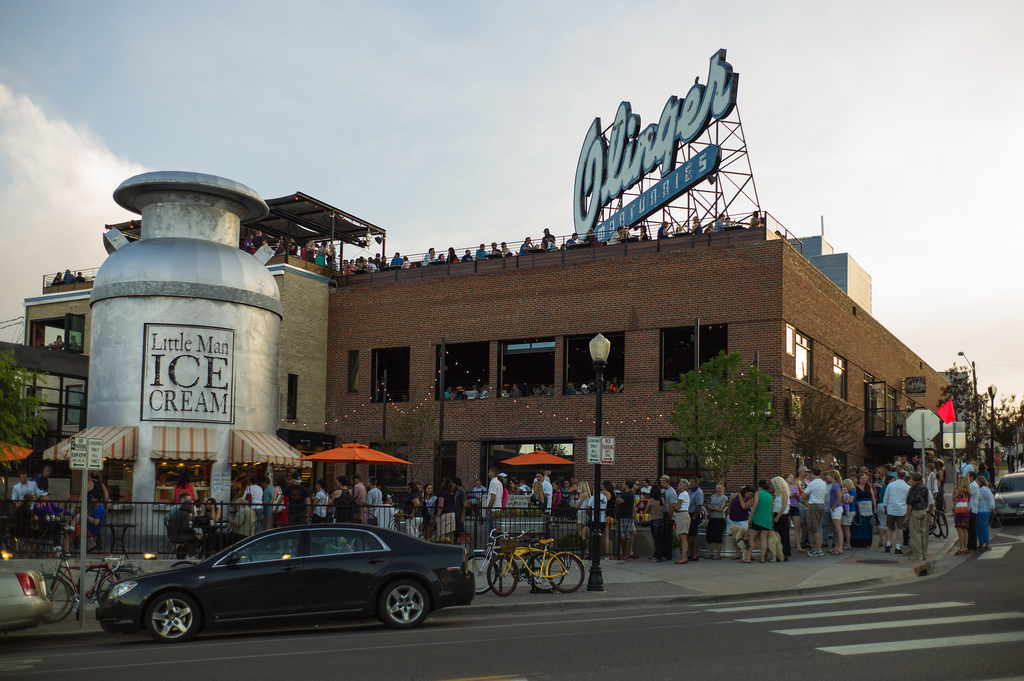 A Linger’ing Feeling in Denver

What happens when the hype dies down and something fresh and new becomes a staple of expectations and slight disappointment?

When Linger opened in Denver, Colorado. it was the place to eat and everyone scrambled to get reservations.  With people planning upwards of 30 days out, it became the hottest spot to go on any night for food, drinks, and a great atmosphere.  It was buzzworthy, hip with all the crowds, and quickly became the place to go on a date, after work, before the game, or just because.  It’s food does not define a specific notion of when and why to have it, and the atmosphere is eclectic without going over the top.

I have been to Linger a few times, often on dates trying to impress (Let’s be honest, sometimes getting a seat at the hottest restaurant in town gives me a little edge).  But time and time again, I had found myself craving the small plates and eclectic atmosphere less and less.  It was no less hip, no less the place to be, and by far no less busy than before, but it had all grown a bit stale to me.

My last trip though was my last, and it does not pain me to write those words.

I found myself bored with the food, bored with the attempts of layered flavors that often overwhelmed and didn’t compliment.   This is a major thing with the small plates; the flavors should be wowing me, not overwhelming my tongue.  Last night, a group of friends and I ordered 14 different plates, and honestly as I sit here now, less than 24 hours away, I can only remember the allspice coated spring rolls, barbecue sauce mixed ketchup, and the sadly underwhelming buns.  Oh, and the service.  In a span of 2.5 hours, we received the plates one by one, and for a table of 7, that was a bit odd.  The tables around us would get 3 or 4 at a time, but here we were cutting things in half to share and then sitting around waiting for the next dish.

Our waitress was seemingly only around to take drink orders, with the runners taking additional orders and being more present than anyone else.  I wont say that the full service was bad, but to only see your waitress 4 times in the span of 210 minutes was a bit disappointing.  And thinking back more, I actually don’t think all the food was delivered.  We ordered the pork belly and duck buns, but only got 2 pork and 1 duck bun when 5 were promised with each order, and a few other dishes never made it out.  The waitress even claimed halfway through the meal that everything had been delivered, and couldn’t remember what else was ordered.  Neither here nor there, it didn’t help the situation.

There are not all bad experiences.  The drinks are amazing; my Manhattans were always delicious, even though prepare inconsistently (neat up, neat short, on the rocks), and the other drinks around the table were enjoyed, especially the Ginger Collins.  The atmosphere is amazing, and the views are perfect as well.  In terms of physical presence, it hits the nail right on the head, but has slowly begun to promise more than it could deliver with the whole reason we were there.  The food should be the main course, should be the reason I return and the moments I crave.  But I don’t; not anymore.

So enough about this last experience.  I think the point is made, no?  I won’t be back, and I won’t miss it.  I hate to be one of the few locals to say it, but Linger got stale.