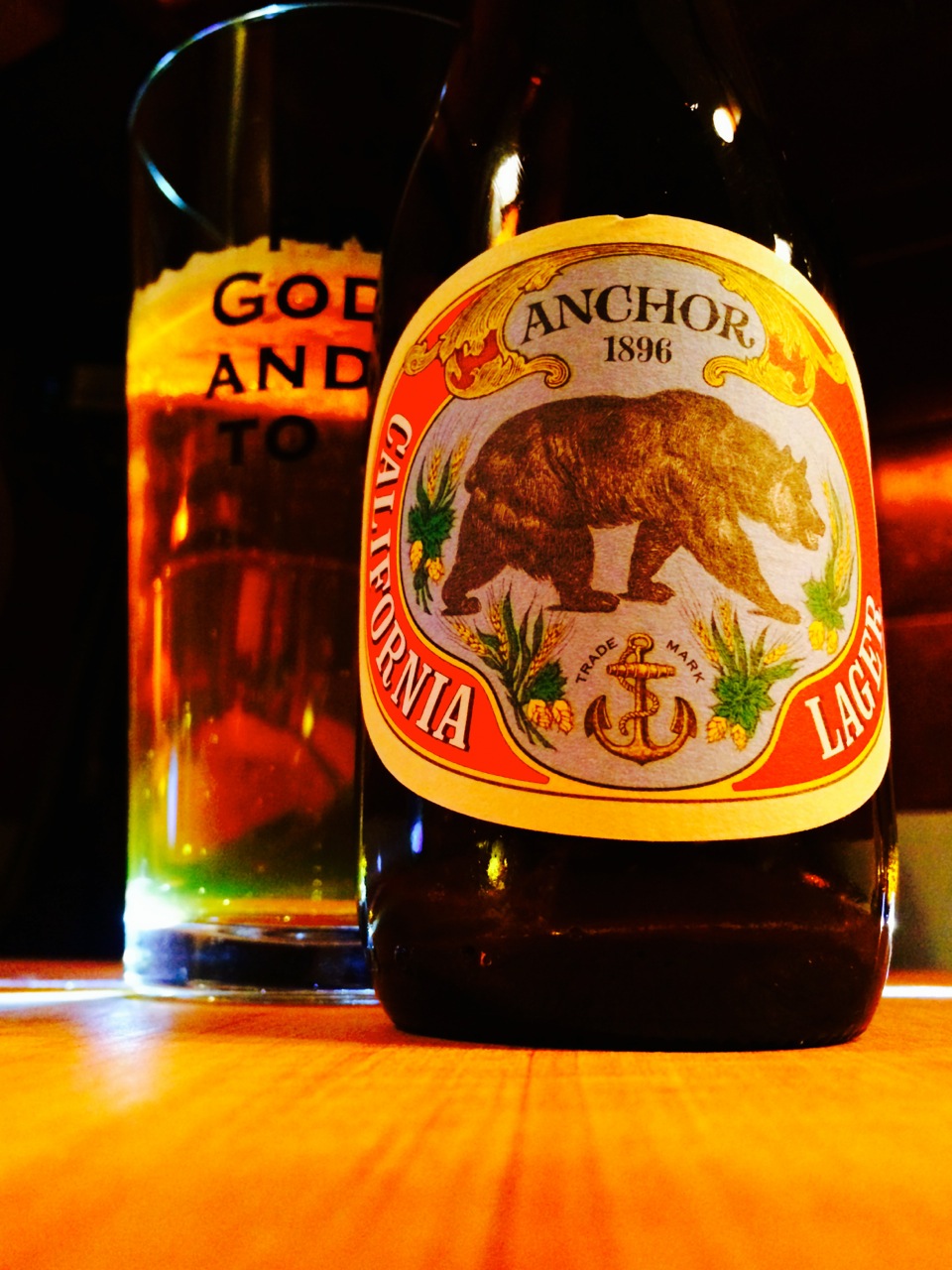 This review by G-LO was originally published on the “It’s just the booze dancing…” blog.

There isn’t much of a back story associated with the acquisition of this particular bottle of Anchor Brewing’s California Lager. I had it a couple months back, really liked it, and then decided to pick up another bottle for a review. BOOM! End of story.

Here is what the good people at Anchor Brewing have to say about their California Lager:

Anchor Steam’s® roots go back to the Gold Rush, long before icehouses and modern refrigeration made traditional lagers a viable California option. In 1876, thanks to an ice pond in the mountains and a belief that anything is possible in the Golden State, a little brewery named Boca created California’s first genuine lager. Anchor California Lager® is our re-creation of this historic beer.

Made in San Francisco with two-row California barley, Cluster hops (the premier hop in 19th-century California), and our own lager yeast, this all-malt brew is kräusened and lagered in our cellars. Its golden color, distinctive aroma, creamy head, balanced depth of flavor, and smooth finish make Anchor California Lager® a delicious celebration of California’s unique brewing heritage.

Let’s get on with it…

Beginner Whisky Geeks and Craft Beer Geeks share a similar snobbishness. The moment any of us get serious about a subject, our head becomes filled with notions about what’s good and what’s dreadful. Scotch loving Whisky Geeks turn their noses up at blended whiskies and hail anything called a Single Malt. Craft Beer Geeks mock anyone that dare order a Lager in their presence since they associate it with Bud/Miller/Coors and assume that all Lagers suck and that all Ales are vastly superior. How do I know this? Because I am 1000% guilty of both!

Thankfully, I have learned a lot over the years about Whisky and Craft Beer. There are oodles of amazing Blended Whiskies out there (I’m looking at you Compass Box!), and I have enjoyed a multitude of deliciously flavorful Lagers. I am happy to report that Anchor’s California Lager has made it on to my Fabulous Lagers list! This is a delicious and versatile beer that I will definitely seek out again and again. Well done Anchor!