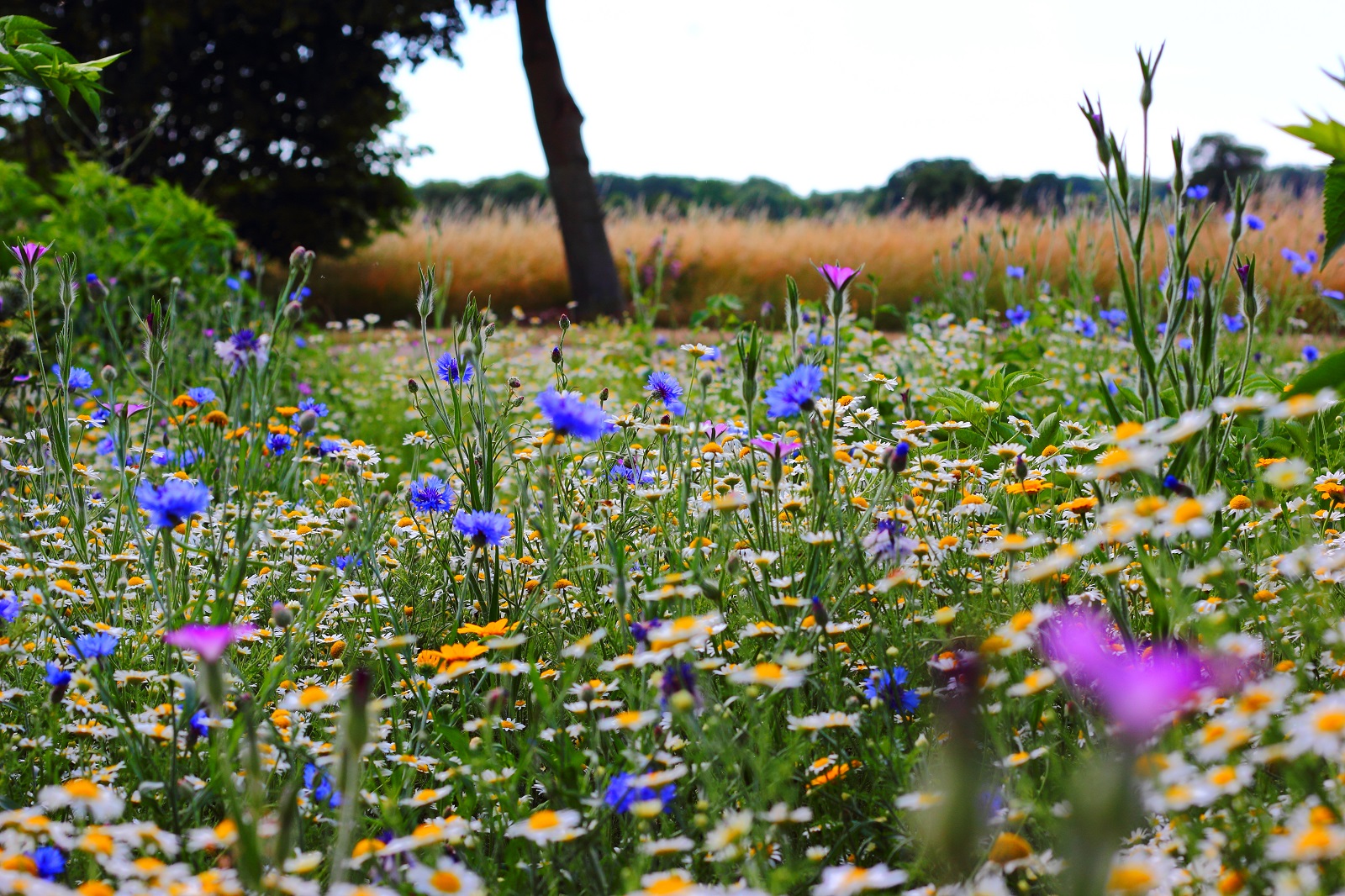 Man as a Meadow: Weeding the Bad from the Good

It’s 93 degrees outside and I’m crawling on my knees in a meadow. That sounds a lot nicer than it is because I’m actually on a search-and-destroy mission for undesirables otherwise known as weeds. Rather than spray them with toxic chemicals the preferred solution of elimination is regular attention and a lot of labor. By removing the weeds every few weeks, we starve the plant of energy and exhaust it into submission.

But it’s a pain in the ass, and to make this tedious process all the more difficult the sun is boiling hot and the humidity suffocating. As my awareness shifts from “I’m hot” to “I need water” to “I think I can see through time”, my body changes gear into cruise control and my mind is free to wander.

It sounds pretty crazy, but these are the moments that make gardening great. It’s the same sensation long-distance runners experience when they break through that famous wall, a moment that transfigures “self” and “time” and “awareness” into an existential goulash independent of sensibility and grounded thought. My mind bounces around my body like it’s inside of a pinball machine, and I start to wonder…

“Why the hell am I weeding this meadow?”

Well, I’m weeding the meadow because it has weeds in it. A meadow is supposed to be a motley collection of good plants cultivated to grow together; there is no room for undesirable plants. It’s an easy comparison to say that you and I are like a meadow. We’re a bunch of elements thrown together to make one whole entity. In place of echinacia we have fortitude, and we can exchange that baptisia in the meadow for a fiery drive in our belly. We want what’s good, and we want to eliminate what’s undesirable.

But then one of the metaphorical flippers does its thing and I reflexively question back, “What’s undesirable, and what’s good?”

I stop and reevaluate my actions. Good plants are the ones that work together, undesirable plants are the ones that pull everything (or anything) else down. It’s a frustrating reality that I could accidentally destroy the exceptional Carolina lupine with an accidental action, but it can take years of effort to eradicate the pinellia weed. Similarly it’s easy to tarnish a reputation for honesty, but damned difficult to improve self discipline. At early stages of development it can be difficult to deduce what’s a weed and what’s a desired plant, just like how it’s easy to mistake a bad decision for a good one. So what the hell does a person do when they can’t distinguish good from bad?

… and I tilt my head up away from the tangle of weeds in front of me. It’s easy to get lost in the details, forgetting to take a broader look at the end goal. 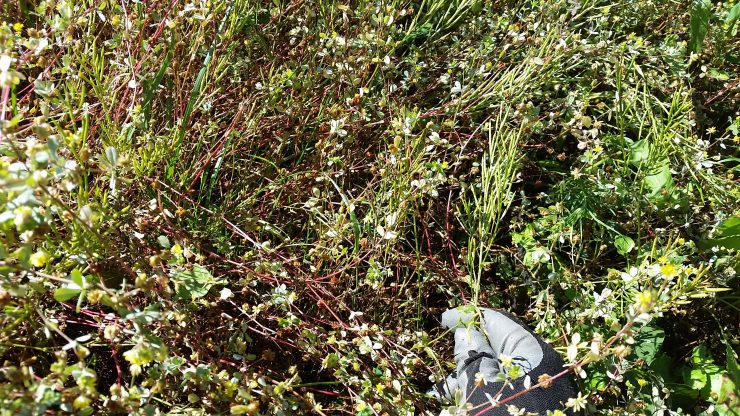 And there it is. The weeds are there, that’s for sure, but it’s not the choking mess that I thought it was. There’s a bit of cohesion, and those undesirable weeds aren’t so noticeable anymore. 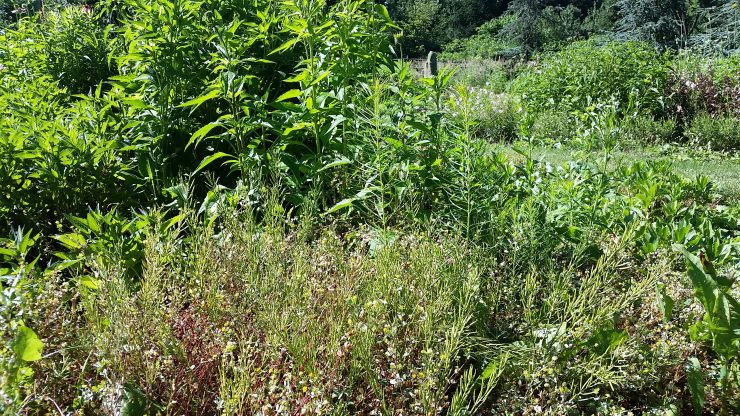 And a further step step, and I see the meadow for all that it is. It is a reminder of the ultimate goal of weeding, and also the ultimate goal of self improvement. That big picture is easy to lose track of, but it sure as hell feels good to see it. It’s important to trade the focused vision for a glimpe at the whole picture, appreciating it in its entirety. 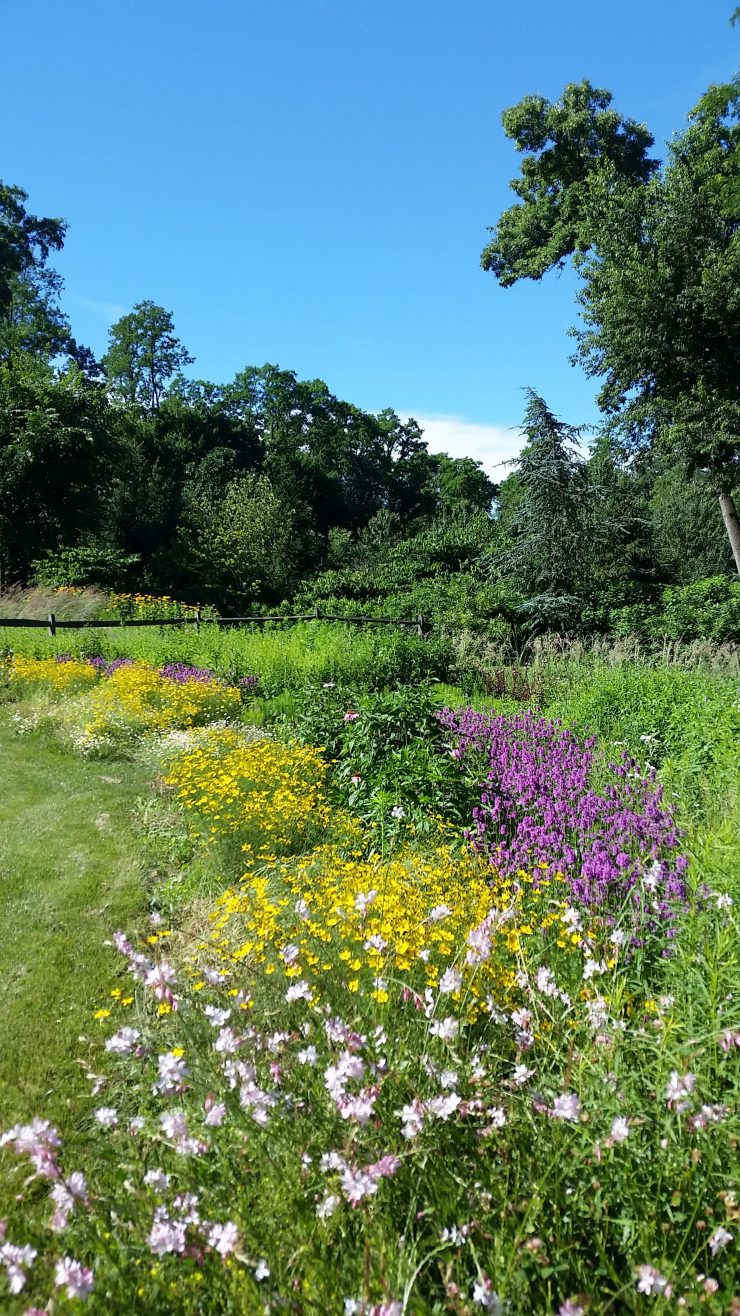 The experience I had was entirely influenced by a scalding hot sun and no small degree of dehydration. But still it was a legitimate experience. It provided me the lesson that sometimes I need to look up and take in the whole scene instead of focusing on just one aspect. I can weed a meadow for hours but still forget that my goal is to create a unity of the whole.

You’re damn right you’re a person! There’s may not be much room for clumsy comparisons, but we might be able to squeeze in a bit of a metaphor.

Weeding a meadow can be an exhausting and frustrating experience. It’s easy to get lost in the details and to lose focus of the ultimate goal; a unified environment where nothing is out of balance. And we will get lost, make no mistake, if we can’t lift up our heads and take in the bigger picture.

So the next time you’re weeding the garden, or maybe focusing on personal development, take a break. Breath. Reappraise all that you’ve done and remind yourself that your goal is the whole.