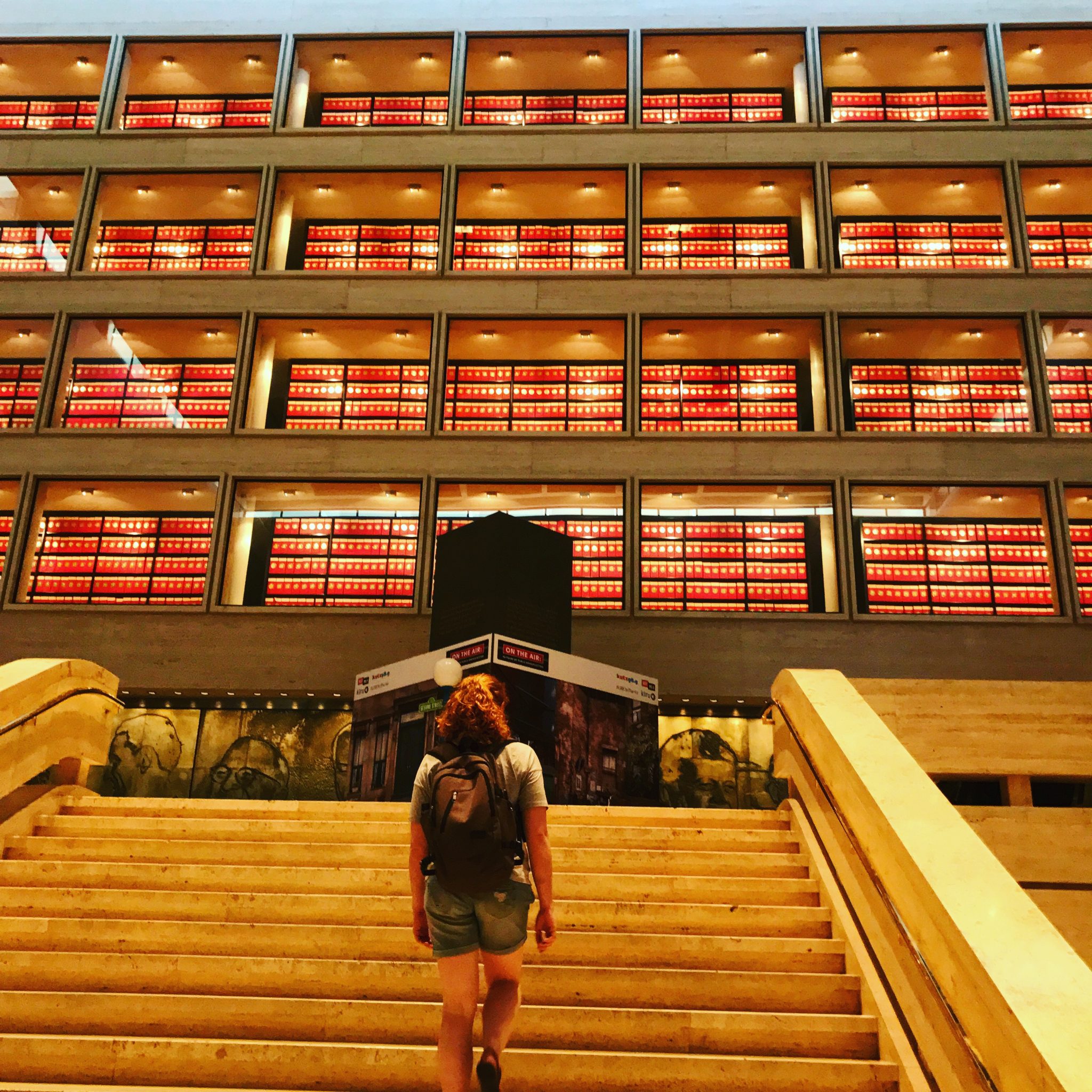 Austin Texas is well known for it’s fantastic food, music, and craft beer. Since Austin is the capital of Texas and is home to one of a kind cultural sites and museums my wife and were sure to make our first stop the LBJ Presidential Library. This quickly became our most cherished experience in Austin with its rich and ultra detailed history of LBJ’s tenure as president, floors of stacked archives (seen above), and emotionally stunning artifacts such as the letter Jackie Kennedy Onassis wrote to LBJ the day after her husband’s assassination.

Oh, and the most interesting part of the presidential library was definitely being greeted by a shockingly  life-like animatronic robot of LBJ reciting some of his favorite jokes. I kid you not it was far too weird to ever be made up.

Austin is home to some of the highest quality and most filling soul food dishes I have ever had. Here in Austin top chefs are creating truly unique dishes based on hearty southern stalwarts such as the unparalleled shrimp and salmon cake benedict that I had at the stunning Eastside Cafe. When you visit be sure to finish off brunch with a fresh-baked pie from their attached bakery and a scoop of ice cream, it may seem overly decadent, but in reality it was oh-so-perfect.

What surprised me most about the Austin food scene was the extent of Japanese culinary influences we found throughout the city. This resulted in some of the most satisfying meals I have had. At Ramen Tatsu-Ya I enjoyed the closest to authentic Ramen I have had outside of our recent trip to Japan last spring. Here guests are allowed to almost infinitely customize their meal from the broth base to additional meats and ingredients, the pork broth and seared pork loin was the most succulent I have had in recent memory.

BarChi Sushi featured the best happy hour of our visit with awesome deals on authentic Japanese beer, superb hand rolled sushi, and amazing Kyoto street food gems such as grilled baby octopus on a stick. Barchi is absolutely worth the visit when you are near 6th street during the late afternoon and are yearning for a taste of top notch Japanese inspired food.

Finally, when you are in town you have to stop by Lazarus Brewing which has the most high quality and creative beer list I have had outside of a Colorado brewery. My top recommendation is their Australian Pilsner which use only Australian hops that creates a distinct, crisp, and invigorating not to be missed German-style Pilsner.

This is where history and patriotism live and breathe. We love visiting presidential libraries and one day we will have visited them all. @reggiekred #lbj #lbjpresidentiallibrary #austin #texas #adventureawaits #history