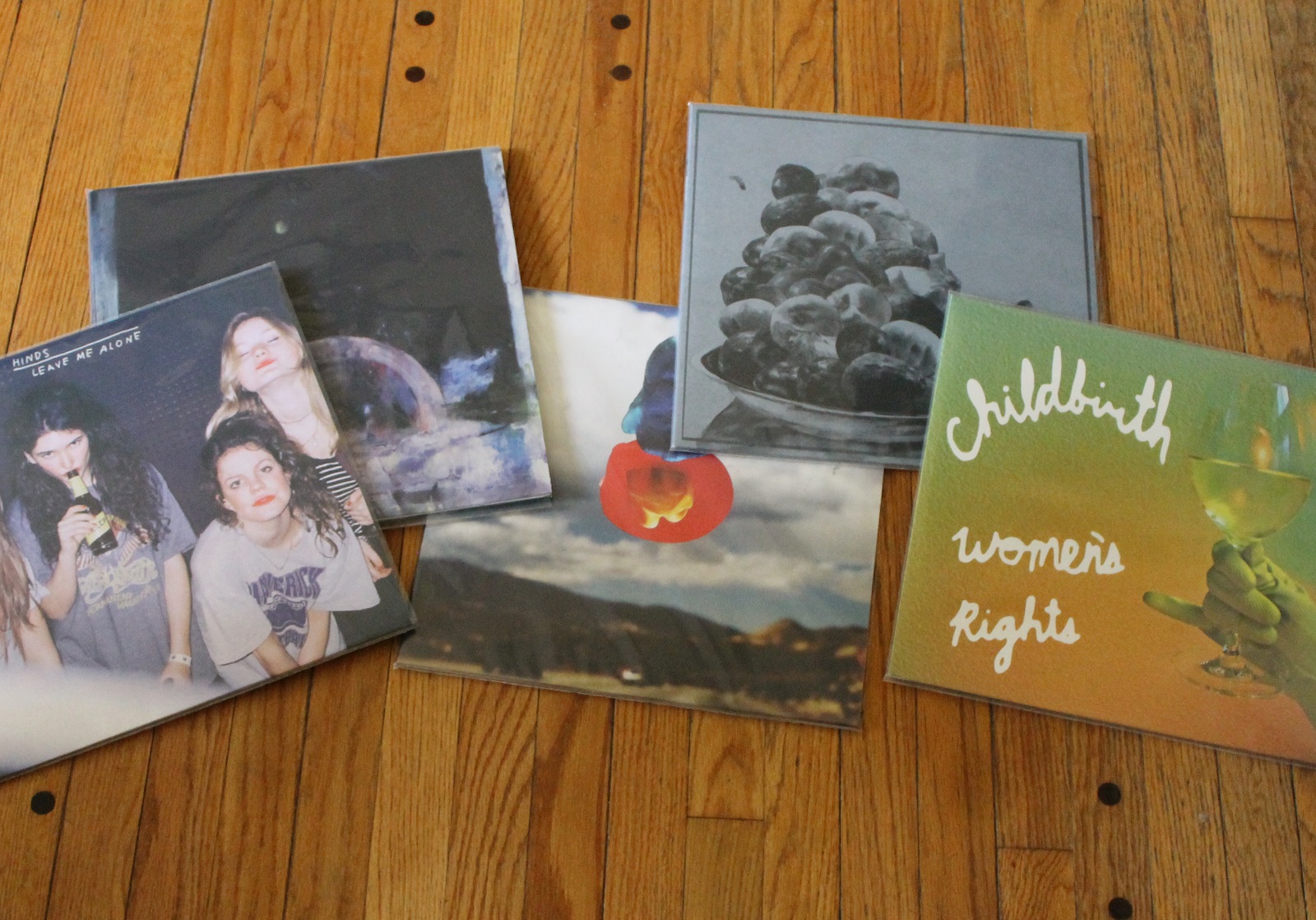 The Girls are More Than Alright: Five Records to Check Out Now

Three weeks ago, I broke.

After more than a year of only buying relatively new records—meaning released in the the past year or two—I fell off the wagon. Leaving Hollywood’s Amoeba Music without the Jesus and Mary Chain’s Munki proved to be an impossible task. As we can all attest, the flesh is weak.

That said, the desire to buy old records is now mostly out of my system, and I’m recommitted to focusing on the future. So I figured I’d use this opportunity to plug some of the albums I loved in 2015, as well as a couple recent favorites.

All these bands are built around strong female vocals, and lately, my friends have been joking I have the musical taste of a 15-year-old lesbian.

Can’t say that bothers me. Enjoy.

Singer Alicia Bognanno and company might have formed Bully in Nashville, but there’s not enough Music City twang to fill a thimble on Feels Like, the band’s 2015 debut. The fearless confessional nature of Bognanno’s lyrics—”I remember the way your sheets smell”—meshes menacingly with a riot of buzzing guitars, bouncing bass, and tempo shifts, and the songs’ underlying urgency keep the album plunging forward like a great night gone off the rails.

There’s an inescapable humor to Women’s Rights, the first effort from Seattle punk super group Childbirth. “Baby Bump,” finds the narrator bringing cocaine to a baby shower, while “Siri, Open Tinder” lets listeners know how to get ladies to swipe right. And while it’s near impossible not to laugh at a title like “Since When Are You Gay?,” the trio’s complete mastery of three-chord punk harmonies makes this brisk, 13-track effort more novel than novelty.

Daughter Not to Disappear (4AD)

U.K. label 4AD—see the Cocteau Twins, Dead Can Dance—has long been famous for releasing ethereal, cinematic efforts, and the latest release from the London band Daughter dovetails nicely into the catalog. Thematically, Not to Disappear paints a bleak, brooding landscape, but it’s a gut–wrenchingly beautiful one, and singer Elena Tonra’s voice is a glorious reminder that sometimes, even heartbreak can be dazzling.

Nope, though this five-piece from Gothenburg, Sweden shares the ’90s alt-rocker’s facility with hooks and harmony, it’s not that Sundays. Here, Elsa Fredriksson Holmgren’s flawless vocals lead a flirtatious blitz of jangling guitar, groovy bass and twinkling keys, and every track on this stunning debut achieves fever-pitch bliss. Album is a shimmering, eight-song set of crystalline indie pop from a band which arrived fully formed.

Philadelphia’s Hop Along began as a solo project for singer Frances Quinlan, who’s been performing for over a decade. And while years of practice clearly can’t be dismissed, it’s obvious Quinlan is profoundly gifted.  She commands her extraordinary range—soaring highs, precision intonation, arresting, guttural screams—with the fearlessness and dexterity of a lion tamer, and her pipes are what make Painted Shut such a grunge-folk triumph.