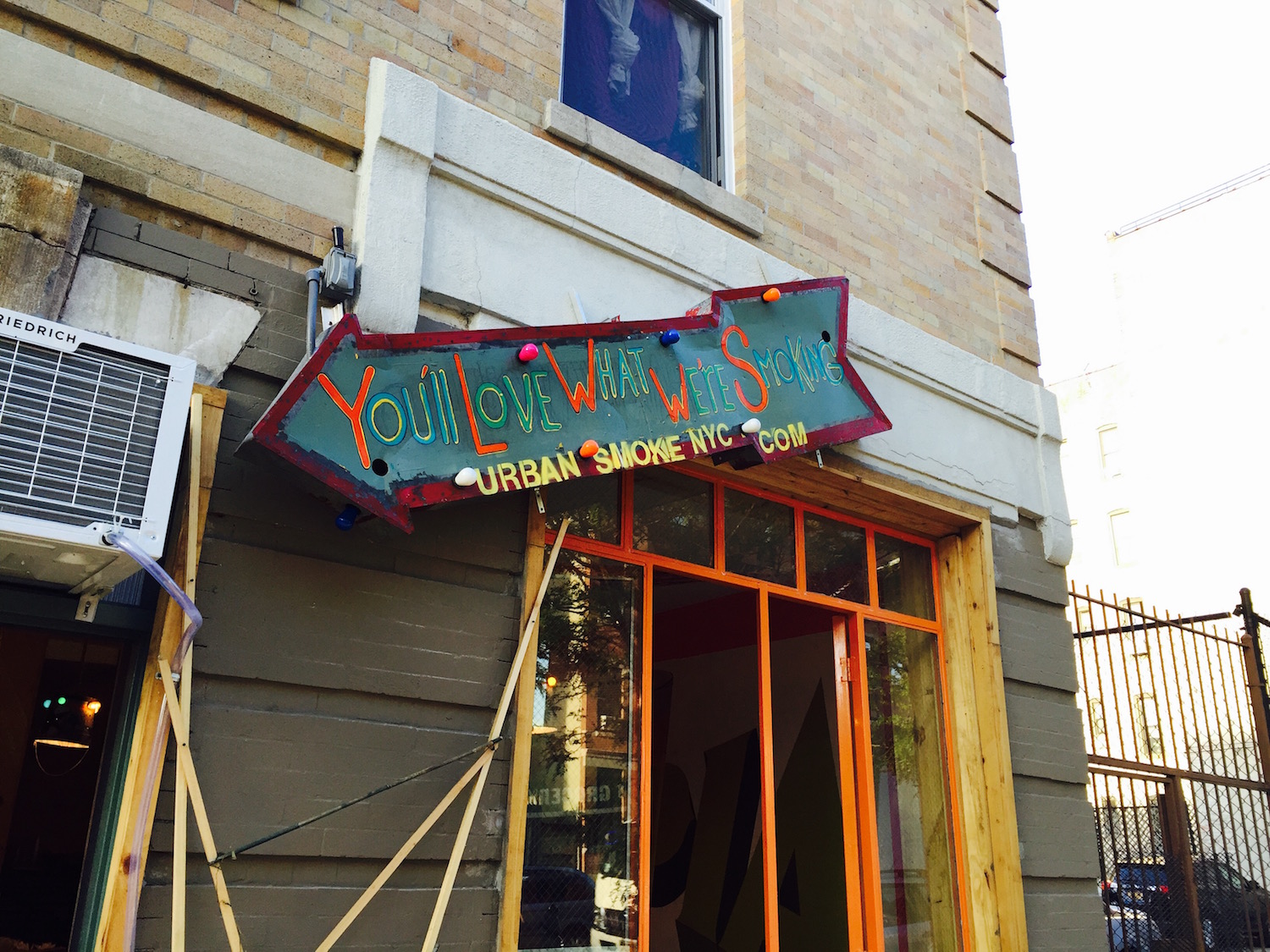 I like to consider myself a great judge of barbecue, as I’ve had my fair share of it, thanks to my grill- master chef of a father. So with that, I’d like to formally announce that I have now had the absolute best barbecue in the city of New York at Urban Smoke BBQ, a new establishment in Brooklyn. 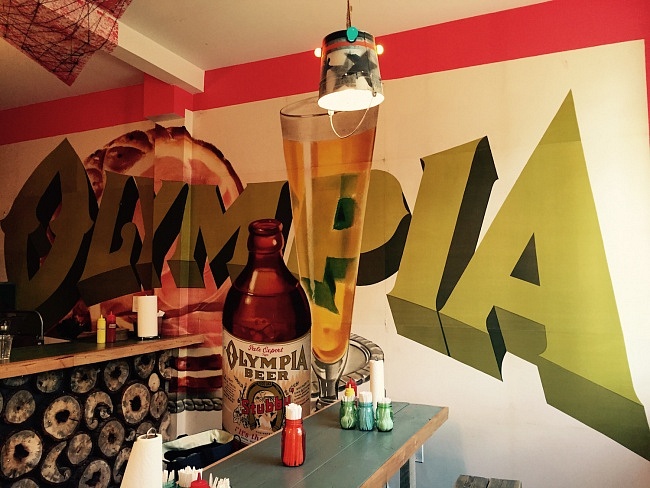 I don’t always look forward to eating barbecue here because it’s generally pretty standard- the same cuts of beef, with unoriginal sauces, and moderately adequate sides. However, that is so unbelievably not the case at Urban Smoke.  Executive Chef Dave Schaap is a genius with the smoker, creating amazing flavors throughout every piece of meat that take barbecue to a whole new level.

After deliberating over the menu, I went with the Rosie Cheeks sandwich, an incredible combination of pulled beef cheek, Urban Smoke’s house barbecue sauce, pickles and crispy shallots. The combination of the delicately fatty meat with the tangy sauce, salty pickles and crunchy shallots was absolutely unbelievable, so much so that I think I blacked out after the first bite. 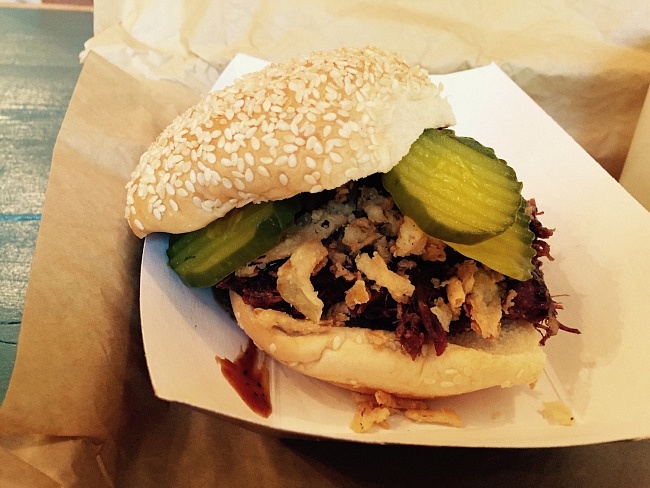 I didn’t stop there, as their menu of sides is just as impressive as their sandwiches. Surprisingly (not), my first choice was the Pimento Mac and Cheese. The mac and cheese is made with cavatelli pasta which is generously mixed with this incredible cheeses sauce that possesses an extra special bite at the end that can only be attributed to the pimento. Every piece of pasta had the right amount of cheese, and the little cracker crumbs on top added a great crunchy element. 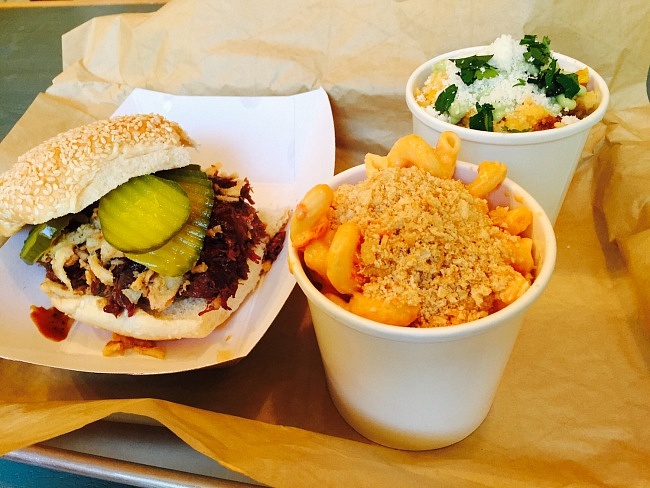 My other choice was the Elote Corn Pudding. Normally I stay away from corn breads and corn puddings because I’m not the biggest fan of sweet and salty, and most are too sweet for me. Schaap and company at Urban Smoke have created this amazing concoction of corn, lime and cheese that changes my perception of anything called corn pudding. The texture is moist and bouncy, and the corn kernels mixed throughout add some fun texture. Then there’s the lime avocado cream on top that I would put on literally anything, in addition to the cotija cheese and cilantro that make this dish perfect in every way. I was so excited that I ordered two sides, but I don’t recommend it unless you’re sharing because they’re healthy portions.

My friend was with me and she ordered a half pound of meatloaf with a side of the Hoppin’ Joe. I generally have an aversion to meatloaf, as I imagine most people who grew up in suburbia do, but once again, my previous conceptions of  it were completely shattered. The seasonings are unique and not standard to meatloaf, not to mention it’s also smoked which makes it super tasty. The Hoppin’ Joe is what really blew me away, mostly because my expectations were fairly low going in- it’s just rice, beans and red-eye gravy. You’d think I would have had high expectations considering everything else I’d already tasted was out of this world, but it was fun to be surprised. Red-eye gravy is some delicious mixture of animal fat, cream and coffee, and boy, was it good. 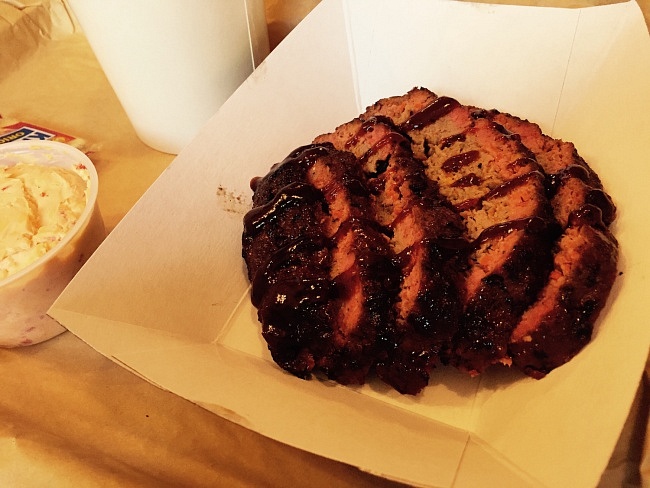 Most things in Brooklyn that claim to be gourmet try too hard to be different and end up with items so confusing that the diner doesn’t know what it was to start with. The beauty of Urban Smoke BBQ is that it’s simple and straightforward, from the decor to the menu. Each cut of meat is of high quality, the sauces are fresh and unique, and you can tell that there is a whole lot of love and creativity put into each dish. Without a doubt, this restaurant is changing the name of barbecue in the city, so I suggest you go soon before lines are out the door because it’s about to be the talk of the town.