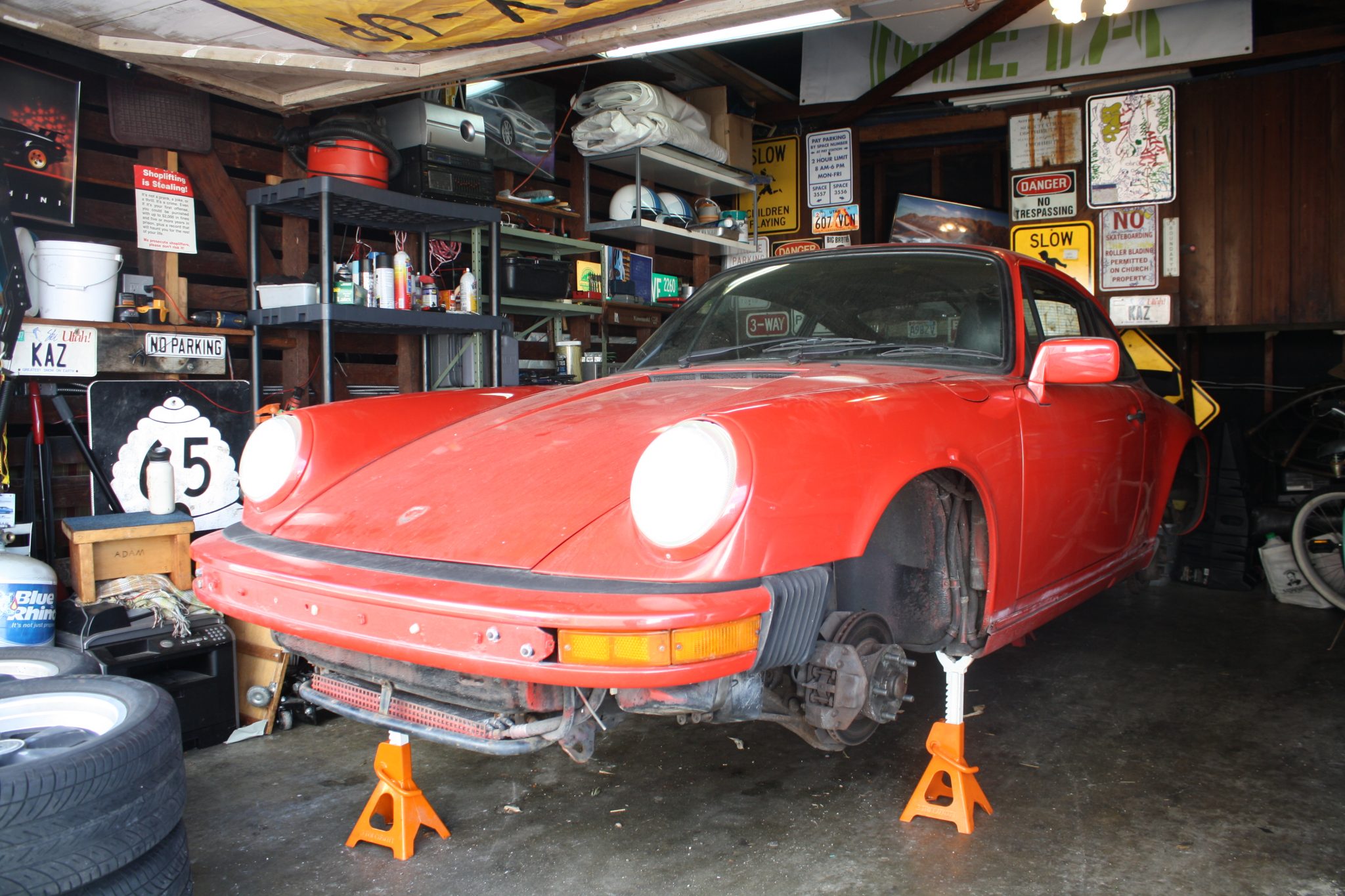 Welcome to Part 3 of our grand FactoryTwoFour Porsche Backdate Build! In January 2015
we started a series on the broken bolts and knuckles of this project as we turn our Miami Vice
80’s Porsche into a unicorn 1972 RS 2.7. As the project comes to a close we are re-running all
the past updates so you can stay up to speed. This installment is sponsored by Advanced Gloves.

If you’ve been following along with parts 1 and 2 of Project Backdate, you know that after 10 years of waiting my dream car has arrived and is a special shade of nightmare generally reserved for murderous carnies. But my dreams shan’t be denied, so it’s finally time to get stuck in and turn this disaster into my rolling fantasy. First job on the list: removing the interior, or what’s left of it after the Florida monsoons have had their dirty way with it. 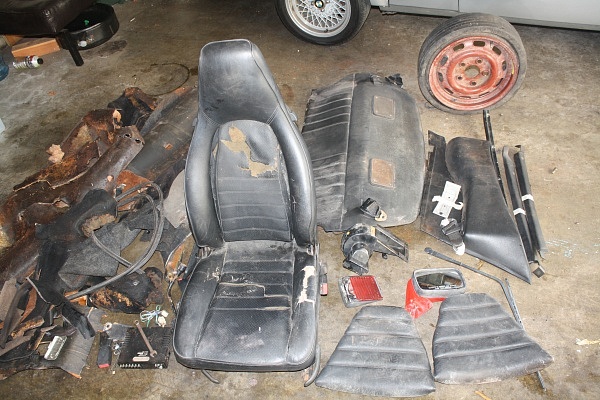 Forcibly torn out are the rear seats, the remaining carpet is chucked, and the passenger seat – which isn’t even bolted down! – is hoisted out. I’ll keep the sunvisors for now, just to be classy. Not classy were the 1990’s Autozone stereo head unit and equalizer. Also binned are the spare tire and sound-deadening material from the cabin. All I’m left with are a torn driver’s seat and a crusty dash. Game on.

Before the Miami Vice bumpers and wing can go, and before any other major mods, I need to get the car registered in sunny but hippie-infested Los Angeles. That means passing arguably the most stringent emissions test in the country. My first attempt at this was a non-starter when the SMOG station technician refused to even test the car because it had an aftermarket pod filter on it (Autozone strikes again!). Good thing too, because I hadn’t even noticed the complete and utter lack of a catalytic converter on the car. So it’s off to the excellent online Porsche forums to source a factory airbox, as well as a tested and working cat.

With those items found and borrowed from a very generous local, it’s off for test attempt #2. Aaaaaaaaand it’s a FAIL. My tailpipe emissions are actually spot on and perfect, but apparently my 30 year old fuel vapor lines are leaking. With those replaced, I should pass the test with a breeze according to all the data. Another weekend spent replacing rubber hosing and then test #3. Aaaaaand it’s a FAIL. The new fuel vapor lines are working perfectly, but suddenly my emissions have doubled. What the actual hell? Okaaaaay, I ran to my garage to check all my fittings and find that I haven’t secured the factory airbox tightly enough and some air is bypassing the whole filter assembly. While this is equivalent to just running without an air filter installed, I’m grasping at straws at this point so I convince myself that was the problem and after quickly resolving it, take it in to a different testing station just to cover my bases and make sure I’m not getting scammed. Test #4 – MASSIVE FAIL. In the span of an hour, my emissions have doubled again. It is now four-fold higher than it was when I started.

It’s time for drastic measures. It’s time for outside help. It’s time for an Iranian mechanic who has a PHD in biochemistry. It’s time for Old Man Steve. I take my ailing 911 into his shop, J&S Precision Auto in Venice, CA, and we poke around for bit. Eventually we isolate an intake leak to somewhere in the front of the engine. With a handshake instead of a bill, Steve sets me off to find the leak. During disassembly of my intake system, I quickly discover some very loose hoses and clamps. Basically, every time I was messing with the intake system – from installing the factory airbox, to re-running the fuel vapor lines, to adjust the airbox connection, I was bumping and further loosing all the joints and hoses. There must have been small leaks just about everywhere.

With a firm reassembly and double-check, I take it in for Test #5. Passed with flying colors. Thank God.

After a surprisingly quick visit to the DMV a few days later, the Porsche is now legal to drive – helpful for taking it in to mechanics or body shops. And now that I can legally drive it for the first time, there’s no better time to take it off  the road and onto jack stands for a solid month as I completely rebuild and refresh the suspension, brakes, and drivetrain. In one fell swoop front and rear, I upgraded the shocks to new Bilstein units, replaced all rubber suspension bushings, slapped on upgraded steering tie rod ends 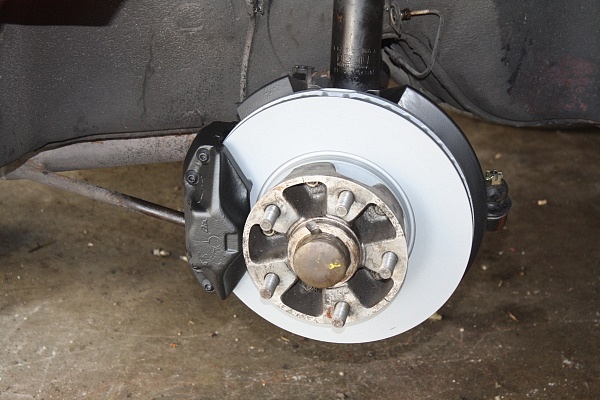 from a 911 turbo, installed a bump steer kit to smooth out the steering, replaced any ball joints, and painted my sway bars (good for at least a 15hp upgrade right there).

On the brakes, it was new stainless steel lines, new rotors, new pads, and rebuilt calipers. She should stop now. For the drivetrain, this Porsche backdate is now sporting a short-shift kit from JWest Engineering, a new trans coupler for more precise shifting, and new rear axles because why the hell not?!?!

Back on the road, our backdate 911 feels tighter and more receptive to driving inputs. Good upgrades all around, but they also chewed up 20% of the budget already. Time to recoup some cash by selling some of the parts I’ve ripped out. Then I have to diagnose the loss of power at the top end and get ready for the body shop. That’s where the real spending begins…