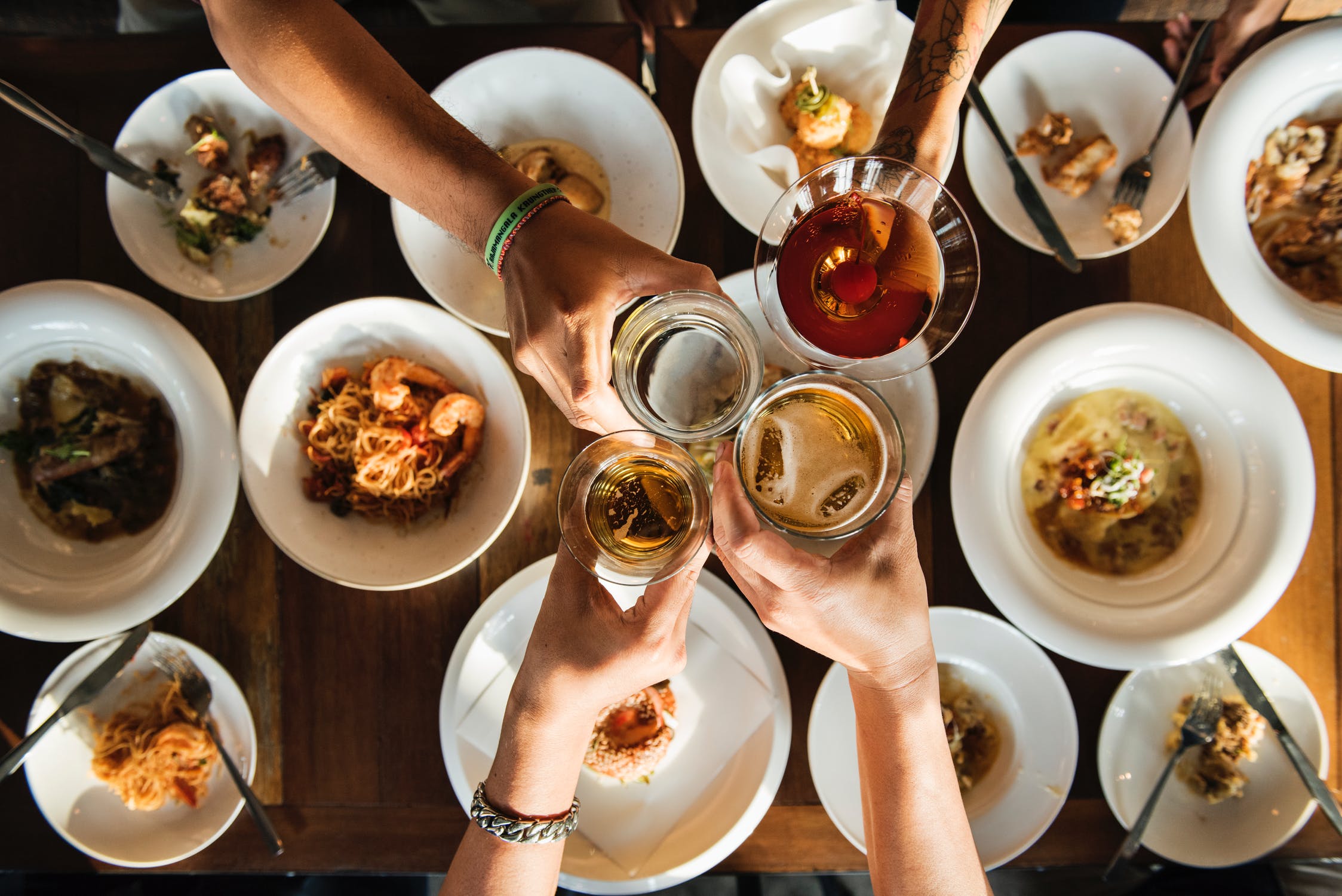 Everyone loves a good pasta dish, or is it a noodle dish? We can’t decide.
Aren’t pasta and noodle dishes the same thing?

Noodles and pasta also derive from two different cultures. They are not quite the same and are made quite differently as well. Depending on what you’re trying to make, you might need pasta or you might need noodles.

Can you guess which type goes with which culture? Of course you can. Pasta comes from Italian cuisine while noodles come from Asian cuisine. But, before we get into the origin of pasta and noodles, let’s discuss the differences between each of these types of food. We don’t know about you, but we’re hungry just thinking about it!

It’s safe to say that we view pasta as an Italian cuisine, and it most certainly is NOW. But, has it always been an Italian food? For starters, noodles have been around far longer than pasta has and noodles are attributed to Asian foods. Many people think pasta must have come from that notion and the idea came to Italy from China.

It’s quite difficult to trace the origin of pasta in general. We do know that noodles probably inspired the dish and we know that pasta is now primarily Italian. However, if we reach far back into the nether regions of history (no, you won’t find pasta in the history books), what it really looks like is that pasta was originally a Mediterranean dish. It was inspired by the traditional noodle of Asia.

Of course, now there are a ton of different types of pasta. Like

These are just to name a few, there are many other types of pasta. Italian regions all have a specialty dish that is classic to that specific region, and each one requires a special procedure to make the pasta. These days we have pasta makers to help us make certain types of pasta, but you still need to know exactly which type or you’ll be eating linguine when you thought you had spaghetti.

While we can’t trace pasta as an Italian cuisine originally, we can credit the delicious dishes we know to Italian now.

Noodles are not nearly as overwhelming as pasta can be. They are primarily the same across Asian dishes with only a few variances rather than the dozens of variations that you will find with pasta. Noodle origins can be traced back to Asian culture and they existed far before pasta did.

Unlike pasta, you don’t have to spend extra time and confusion trying to figure out which type of noodles match your dish, you pretty much just have 4 or 5 options to choose from. And, if we’re honest, each region has a go-to. Here are some of the options.

The differences between these noodles mostly relate back to the size of the noodle and maybe the ingredients. Rice noodles are prepared with rice while soba, udon, and ramen are not rice-based noodles.

There are differences in these noodles and what they are used for but as we mentioned, you don’t have dozens of options to choose from. Also, we want to note that Asian noodles are all long, stringy noodles that might closely resemble spaghetti or fettuccine pasta. There are not a ton of different shapes and sizes that you have to try to differentiate between.

The biggest differences between pasta and noodles are the ingredients and the way they are prepared. Most noodles (aside from rice noodles) are made with a simple milled flour and water process. The flour used in noodles is not any type of specialty flour but rather one milled from common wheat.

Pasta typically contains water, flour, and eggs. Pasta can also be made with added vegetables in the pasta combination. This is a secret way to sneak veggies into your family’s spaghetti dinner, if you need a good way to do that!

Noodles are always sheeted to make them flat while pasta comes in a variety of shapes and sizes. You can even purchase pasta in the shape of bow ties. You definitely won’t find noodles made like that!

Pasta is primarily sold in a dried form. It is also cooked and heated before it is served. You probably won’t eat many cold pasta dishes. Noodles vary from pasta in that way. Noodles can be purchased dried or fresh, or parboiled, or even deep-fried. Noodles can be typically be eaten hot or cold, depending on the dish they are used in.

Of course, both pasta and noodles can be made into various dishes with various meats and sauces. Both can be quite versatile in what they are used for. One thing is for certain, if you get bored with pasta or noodles, you need to look for some new recipes. There are far too many options to be bored with either one!

It is very clear that noodles were around long before pasta. The origin of noodles can easily be traced back to Asia and noodles are used across the board in Asia for multiple dishes. They are quite uniform in design, regardless off the type of noodle you are consuming.

On the other hand, pasta is somewhat confusing to figure out. We know pasta could be said to have originated in Asia since it was formed off the idea of noodles but Italy deserves the credit for making pasta what it is today.