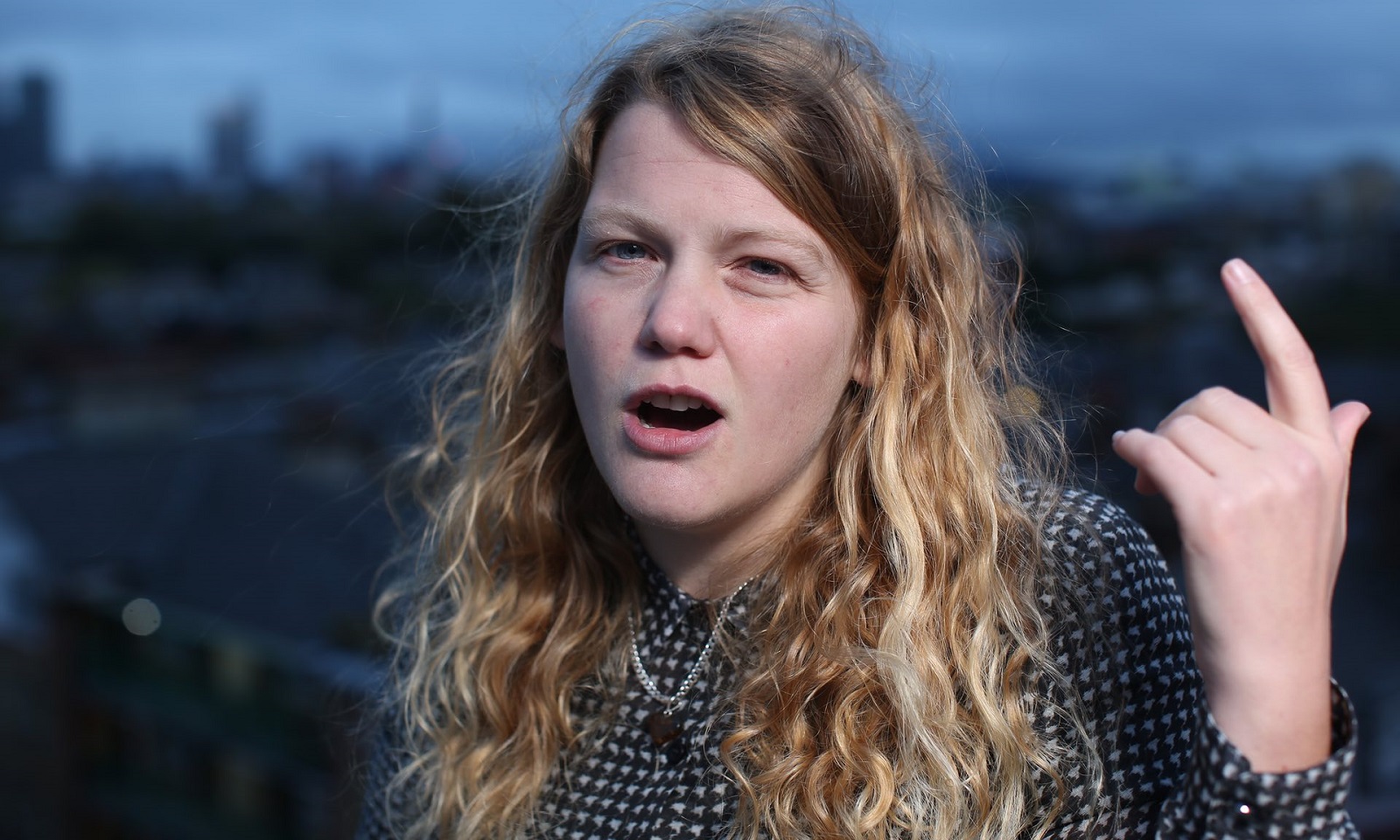 Just looking at Kate Tempest, she doesn’t look so scary, does she? But don’t be fooled. Be afraid, be very afraid.

“The album let’s us get to know its seven characters intimately, glaringly, scathingly. So that we know every frailty, fear, and desire. They are perfectly human, desperately alone in an imperfect world. But it’s the hypocritical world that gets even more laid bare.”

That’s especially true for you folks who aren’t woke, as the socially-aware kids are saying these days. Of course, odds are good if you’re down with the F24, you’ve already had some conscious coffee.

But regardless of how alert you may be, I can’t imagine you’re as woke as Tempest. And if you are, that’s awesome, way to see how the world really works. But still, I’m guessing you’re not quite as pissed about what you’ve woken up to. And even if you are, you couldn’t possibly articulate that dissatisfaction half as well as tempestuous Kate. (If you do, I know a good agent.)

To be awake in Tempest’s world is quite the haunting scenario. That’s specifically vivid in the world she creates on her mesmerizing Fall-2016 effort, Let Them Eat Chaos. The celebrated album frequently goes back to the theme of being awake, while poignantly illustrating all there is in this fucked up world to keep you up at night.

Tempest extends the waking metaphor via seven separate characters, neighbors and strangers in her lost city of London. They’re all alone, up way too late, at 4:18 in the morning, precisely.

“At this very moment, on this very street
Seven different people in seven different flats
Are wide awake, they can’t sleep
Now, of all these people, in all these houses
Only these seven are awake
And they shiver in the middle of the night
Counting their sheepish mistakes”

The album goes on to get to know these seven characters intimately, glaringly, scathingly. So that we know every frailty, fear, and desire. They are perfectly human, desperately alone in an imperfect world. But it’s the hypocritical world that gets even more laid bare.

It’s poetry to be sure. As Tempest was a Ted Hughes-prize winning performance poet before dropping the second best album of 2016, according to the world’s greatest DJ, John Richards. But while the desperately delivered rhymes propel the album to greatness, the “post-dubstep bass” music drives those words all the way.

More than anything, though, it’s just damn good story telling. Tempest’s characters are as rich and alive as those found in any novel. Their travails just as illuminating. Indeed its her empathy that allows her to see so closely, so intimately. She seems to internalize every injustice in the world, and then venomously spit it out. It’s scary stuff, that will keep you up at night. But hey, at least you’ll be woke.