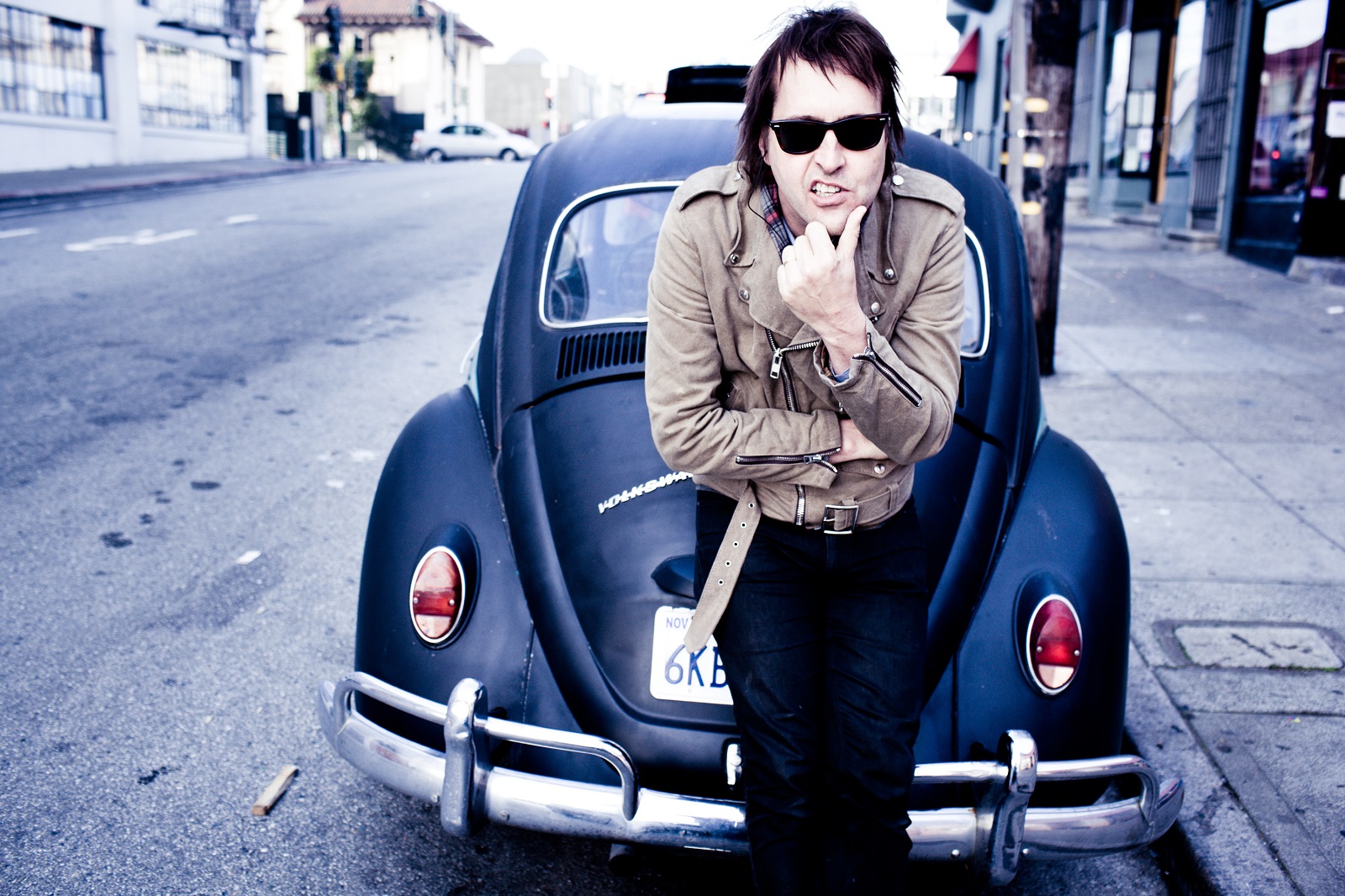 Chuck Prophet Isn’t Ready to Die for Your Sins

Full disclosure here: though he’s seemingly been around forever and has a fantastic rock name, before this week, I’d never heard of Chuck Prophet. Or at least I don’t remember hearing him. Of course, I don’t remember a lot, particularly from late nights spent with good DJs. Which is where I should have crossed Chuck’s rocking path (and where you likely will soon). But after hearing his latest, “Bobby Fuller Died for Your Sins,” Chuck shall now remain in my “bands to see” consciousness.

“It’d be Tom Petty, if I was going to pick anyone to usefully compare him too. I hope Chuck — can you not call a man named ‘Chuck’ by his first name? — doesn’t mind me saying that. But Chuck’s a bit more sardonically edgy than Petty. Though no less genuine. “

That impression wasn’t exactly cemented by the catchy title cut. Though it was enough to reel me in after one spin. Or maybe that’s just the song’s alluring title: a shout-out to one of rock’s original bad boys, who made “I Fought the Law” an outsider anthem long before the Clash. In 1966, Fuller officially committed suicide at age 23, but his death remains a Behind the Music-worthy rock ‘n’ roll mystery. Regardless of the circumstances though, it’s nice to think of him dying for our sins.

While that seems like a fairly plausible explanation, according to an interview on Yep Roc Records, his label, Prophet doesn’t actually have any insider information on the 1966 tragedy. “Some resolution would be nice, but I run a band, not a Cold Case squad,” says Chuck.

And a really tight, locked-in, seemingly joyous band too, judging from what I’ve seen on YouTube. Which makes me really want to go see them. But that decision was really made upon hearing the album’ eighth song, “In the Mausoleum (For Alan Vega)”. Scorching, blistering, thumping, wailing — all good gerunds. I’m almost glad I don’t have it on wax, or it would melt the second I played it. Who Alan Vega is, or why he’s in a mausoleum, I’ve not yet deduced. But that’s half the fun of Chuck Prophet: he doesn’t just bring the rock, he also makes you wonder quite a bit too.

Kind of like Tom Petty, if I was going to pick anyone to usefully compare him too. I hope Chuck — can you not call a man named “Chuck” by his first name? — doesn’t mind me saying that. But Chuck’s a bit more sardonically edgy than Petty. Though no less genuine. Which is probably why Chuck’s been doing this whole rock thing for so long now (back in 1985 he helped pioneer “psychedelic Americana” with Green on Red). You can especially here the wisdom garnered along the way on the elegiac “We Got Up and Played”.

Honestly, there may be a few questionable calls on the album too. Perhaps he’s a bit too fixated on Connie Britton’s wardrobe, maybe lamenting how bad 2016 was for rock ‘n’ roll seems a bit forced. But hey, rock ain’t easy. And I applaud the whole damn effort. I’m not saying it’s the most important album of our short year; it’s not vital listening for “right now,” in the socially-conscious, Kate Tempest, Kendrick Lamar sense. Perhaps because it already feels classic. And isn’t that the goal of all new music?