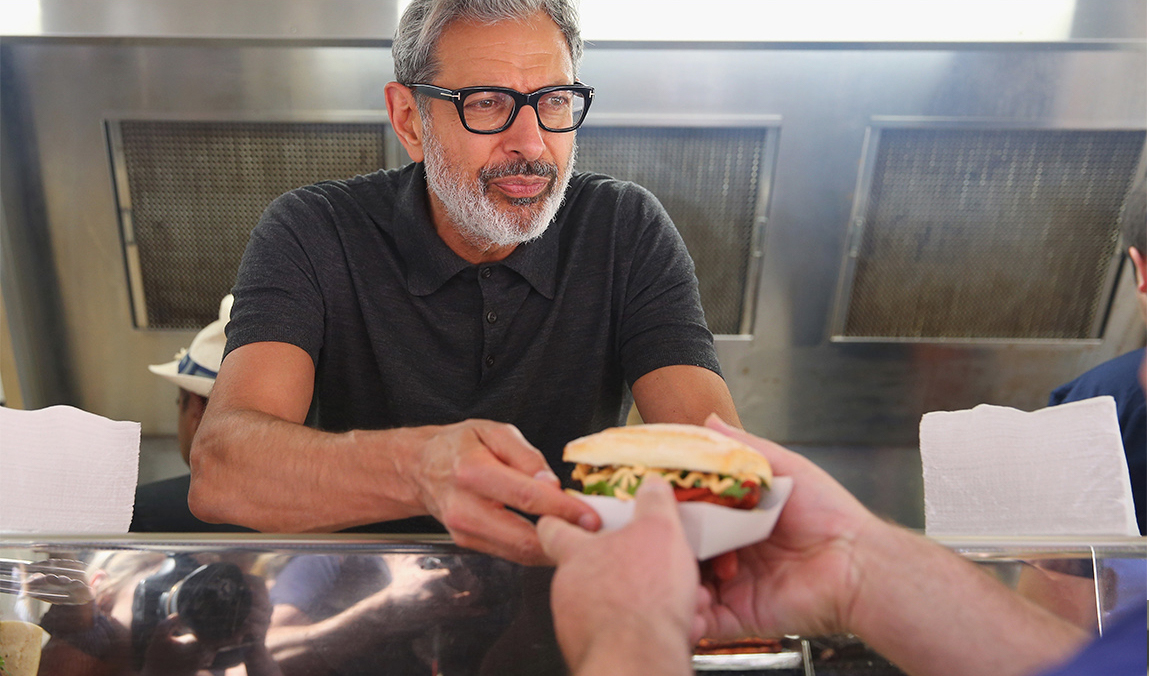 Jeff Goldblum is Running a Free Foodtruck in Sydney

International superstar par-excellence apparently has a new job. As of 4 hours ago, he was operating a food truck in a Sydney’s Wynyard Park. The converted Citreon truck is serving sausages free to all, and you’ll get your wiener from none other than Mr Goldblum himself. Asked why he was doing this, he cryptically replied:

I’m doing a project that I have to be secretive about but there is some thematic tie-in to this,” he teased.

Is he a dog food truck vendor in Wes Anderson’s new film Isle of Dogs? Do the dinosaurs in Jurassic World 2 get turned into sausages at the end? Only time will tell…

Here’s some pics from his day at the park: