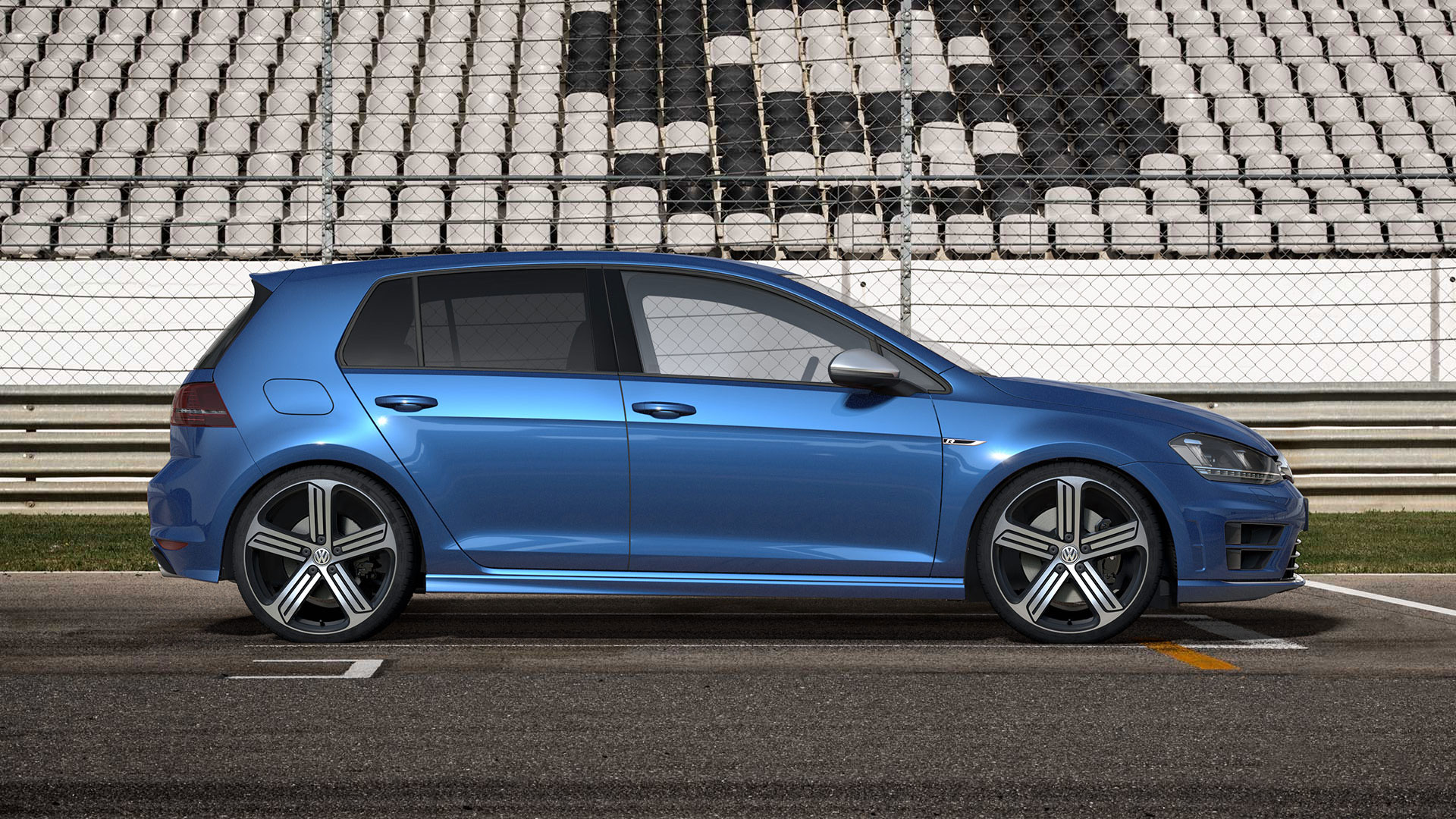 What is the first though going through your mind when you see a Golf? “Ah! A(nother) German car!”or thereabouts would presumably be the most common answer. In the majority of cases, some will praise the good fuel economy, the ample interior space and the reliability of the car, but few – if any – will be excited for the styling and even fewer will feel any emotional connection with it whatsoever. That might be – arguably – true for a stock Golf, but what about an R?

In VW’s world, the R bears the same significance as the M for BMW or AMG for Mercedes – a high performance variant of an otherwise ordinary car. But the Golf R, unlike a tuner car, is not flashy. It doesn’t signal with bells and whistles that it’s twice the car that an ordinary Golf is… No. The 2015 Volkswagen Golf R is a perfect incarnation of understated performance.

Speed freaks figures read as follows: 292 horsepower at 5.400 RPM, 280 lb-ft of torque at 1.800 RPM, 0 to 62 in 4.5 seconds and a (electronically limited) top speed of 153 miles per hour. Doing a brief analysis, we can see that the R has over 72 horsepower over the Golf GTi and over 122 over the normal version. The sprint from a standstill to 62mph is done in 5.8 seconds in the GTi and 6.8 in the regular Golf. A quad exhaust system ensures that your neighbours will be awake at every time of the day you decide to rev the engine and the overall performance level allows you to easily challenge a Mustang if you feel like it – or a Subaru WRX STi, its closest rival.

With regards to styling, the R stands out by some subtle modifications done to he front and rear bumpers, the roof spoiler and the side skirts. As mentioned, four exhausts sit in the rear, framing the air diffuser and a few R badges, scattered around the outside and inside of the car give it away. This is in no way a flashy car – nor does it want to be one, unlike the heavily “decorated” Mercedes A45 AMG.

The Golf R comes with either a six speed manual or a six speed automatic (DSG) that also boasts paddle shifters and a Sport mode. The turbocharged and intercooled 2.0 litre engine is very potent, but despite the efforts of the engineers, still produces a noticeable amount of turbo lag, which tends to become a bother when you want to accelerate and you get a kick in the back of your head from the sudden surge of power as you’re waiting for something to happen.

The four wheel drive system proves its worth in the rain and other less than ideal conditions, as it keeps the car firmly planted on the road and does a terrific job of evenly distributing the torque to the wheels, an advantage that will only be felt by actually taking a test drive. All in all, the 2015 Volkswagen Golf R is an impressive machine – it does have its imperfections, but the true enthusiasts will simply disregard them and love the car instead.