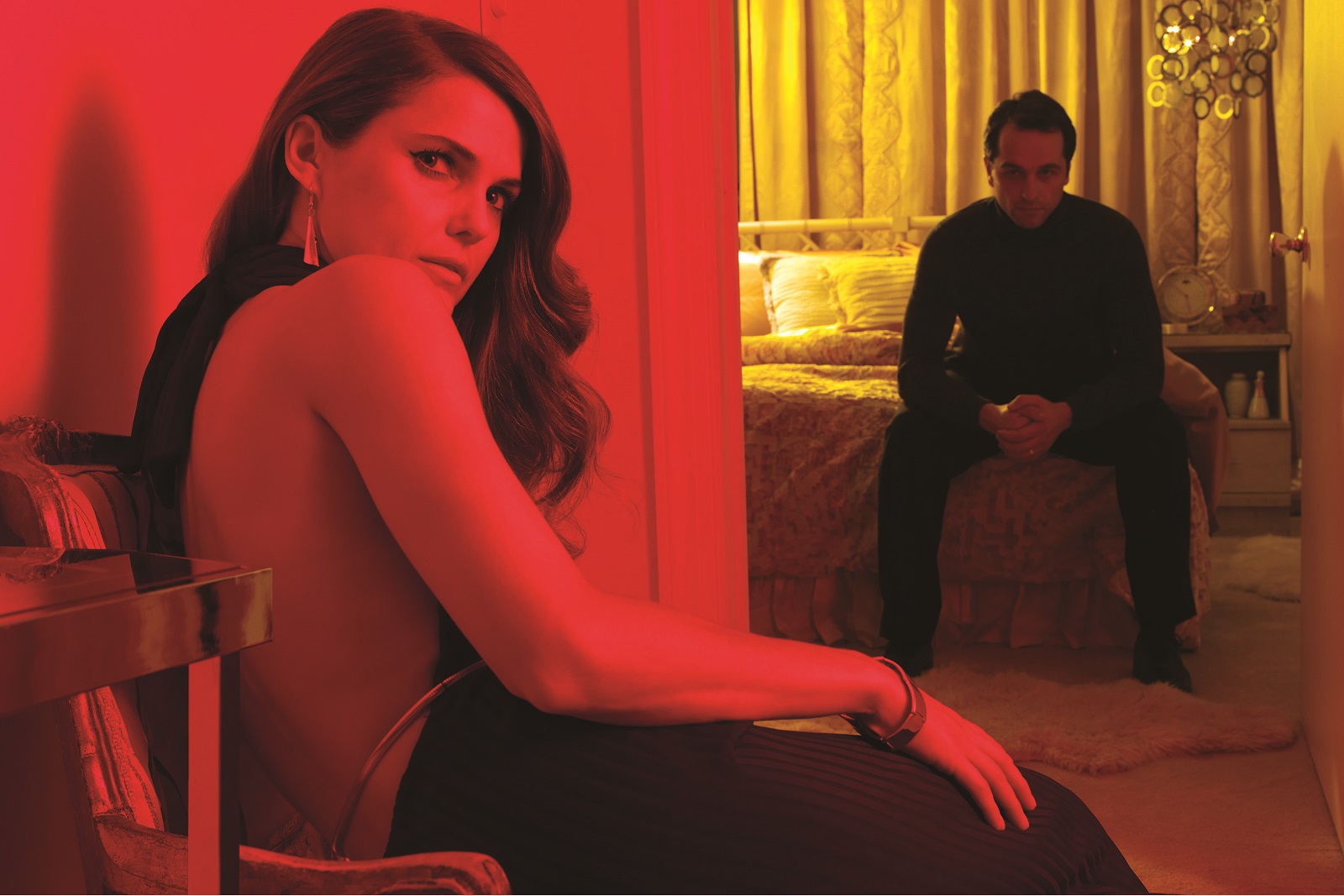 Covert battles between the United States and the Soviet Union have long been fertile ground for fiction.

Think about it: From Russia With Love is one of the best movies in the James Bond cannon, The Falcon and the Snowman is a fascinating portrait of how disillusioned citizens fall into the world of selling secrets, and espionage maestro John Le Carre crafted countless compelling novels about devious KGB moles. And there are literally hundreds more examples.

Right now, fans of Reagan-era cloak-and-dagger tales are getting their fix from FX series The Americans, and even in television’s nouveau golden age, it’s the best show on TV.

For those who haven’t been paying attention, the show revolves around Philip (Matthew Rhys) and Elizabeth (Keri Russell) Jennings, who look every bit like middle-class travel agents raising their children in suburban Virginia. In reality, they’re deep-cover KGB agents, and routinely seduce, blackmail, and murder to deliver Uncle Sam’s secrets back to Mother Russia.

It’s as tense and sexy as thrillers get, and the show’s fourth season is shaping up to be the best yet.

Along with all the old-school spycraft—think dead drops, numbers stations, safe houses—the producers have also ensured all the music is period, which means viewers are treated to plenty of Cold War gems.

Here are some our favorites so far, and don’t worry, there are no spoilers.

In its 30-plus years of existence, the Cure has gone through several distinct periods. And between the jangly, post-punk of Boys Don’t Cry and the soaring, orchestral majesty of Disintegration, there’s 1982’s Pornography. It’s unquestionably the darkest of the band’s albums, and in interviews, leader Robert Smith was public about using this record to exorcise himself of the suicidal thoughts which haunted him during the sessions. “Siamese Twins” provides an excellent snapshot of a goth masterpiece.

“I Melt With You” by Modern English
Season 2, Episode 4, “A Little Night Music”

Let’s be honest: “I Melt With You” is pretty much the only Modern English song anyone who didn’t play in the band actually knows. The members have even seemed to acknowledge this by recording the song three separate times, presumably because nobody would buy one of their records if this track wasn’t listed. That said, this cut is three minutes and 47 seconds of pitch perfect pop, and is practically synonymous with the nascent MTV of the early ’80s.

Known as Yazoo in their native England, due to a previously copyright, this synth-pop duo had to shorten their name to Yaz in the States. And while we said promised no spoilers, we think it’s OK to say that Yaz’s Upstairs at Eric’s becomes a minor plot point in the “Dimebag” episode, which is testament to how groundbreaking and fresh it sounded upon its release in 1982. While Upstairs… barely cracked the Billboard Hot 100, it would likely have fared far better if “Don’t Go” had been the first single.

Many folks might be surprised to learn that Marc Almond and company’s version is actually a cover of a little-known Gloria Jones track. Like most of the songs on this list—sorry, “Siamese Twins”—”Tainted Love” can still bring folks to the dance floor, some 35 years after it’s release. Since then,  it’s been remixed and re-imagined countless times. And while we still like Soft Cell’s silky-smooth synth version the best, though Coil gets a hat tip just for sheer weirdness.

Given the crazy tension which permeates nearly every moment of The Americans, the inclusion of Queen and Bowie’s fantastic “Under Pressure” feels almost like an opportunity for viewers to catch their breath. In almost four seasons, it’s possible to count the number of “light” moments on one hand, and we have to admit chucking after hearing that iconic bass line fade in. Coming just a month after Bowie’s passing, its inclusion during a pivotal episode was somewhat bittersweet.

[ Episode and song info via TuneFind ]