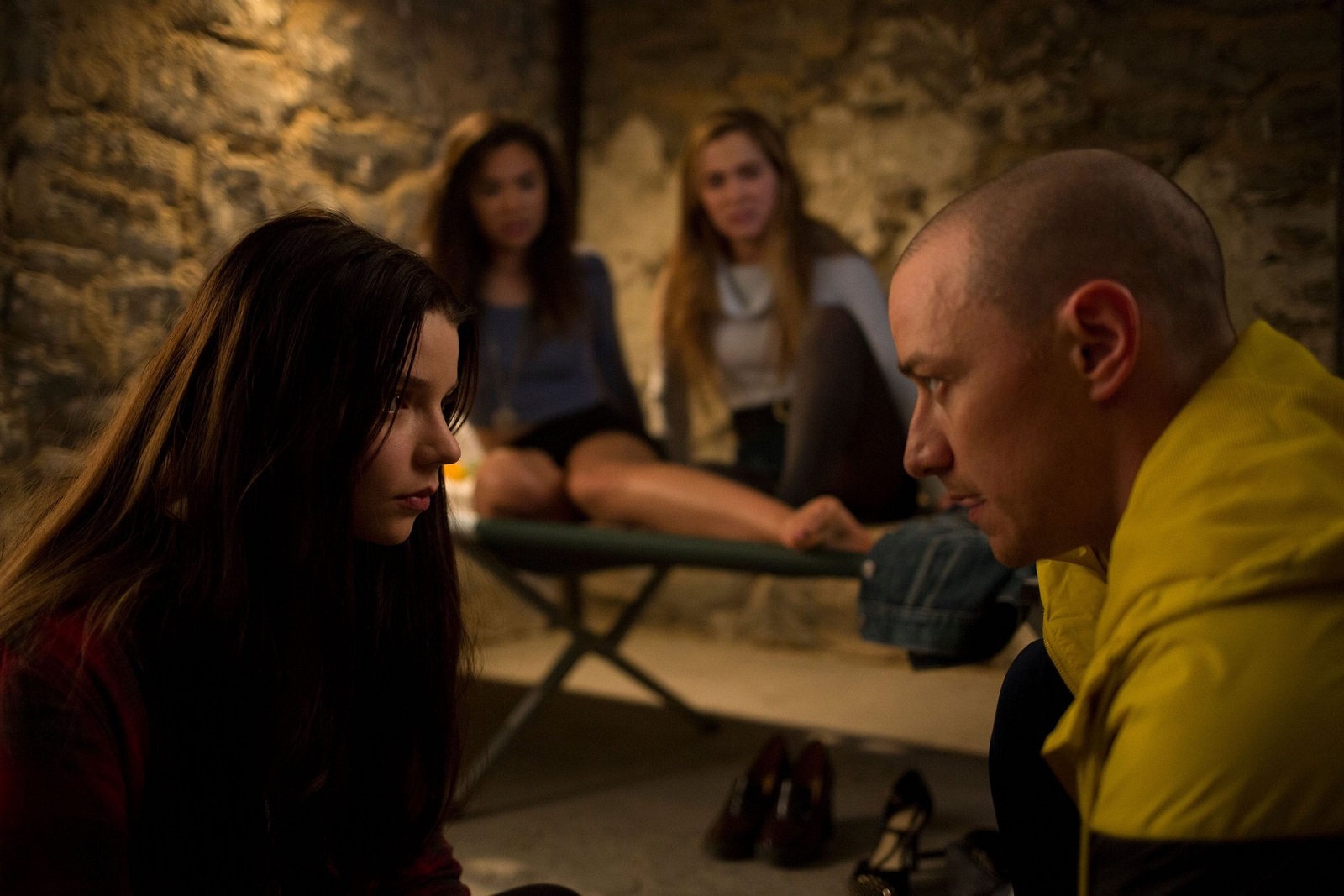 The Unlikely Positive Message of Split

Drawing a positive message, in the traditional sense, is surely not the first reason people see psycho thrillers. Psychos aren’t the film characters that set the best examples, but many have been known to be on to something. Who would have thought splitting identities could be somewhat inspiring and convey a positive message?

Splitting personality disorder is hardly a novelty theme in films, but either is pretty much any topic. However, the ability to grasp an almost cliché idea in its full depth and bring an overlooked nuance to the surface with a unique spin is what separates the average filmmakers from the truly great ones. And despite that he’s been trying to prove us otherwise during the last few years, M. Night Shyamalan’s last film showed us he belongs to the second group. Yes, when he sucks, he sucks, but when he’s good, he makes you forgive him everything. Well, almost everything.

All those peculiarities turn Split into an unusual psycho thriller, and an unusually good one. Here’s a breakdown.

Reinventing a classic on a global scale

The film wastes no time and gets right down to business. McAvoy’s character — or one of his 23 personalities — kidnaps three teenage girls pretty much as soon as the camera starts rolling. Soon after, we see him dressed as a woman, without any ambitions for women empowerment or expression of extravagant tastes. The subject of splitting personalities is something like the fart jokes of thrillers — it’s never out of fashion. However, very soon we can feel that it will go much beyond that. Taking an evergreen topic and painting a bigger, unique, universally relevant picture around it, is one of Shyamaln’s signature traits. Reinforced by McAvoy’s powerful performance, any psychological thriller or mystery fan is bound to walk out of the theater feeling not only fulfilled, but even inspired. Hopefully not to kidnap teenage girls.

The looming image of The Beast plays a key part in creating Shyamalan’s trademark ominous feel and psychological tension. The filmmaker makes us wait until almost the end to find out whether it is just another figment of the main character’s imagination, or something more. On this sinister, psychologically edgy background he patiently develops two universally human themes  and unwraps them completely with surgical precision.

The supporting message is masterfully carried out by the hostages’ back story, which at first seems irrelevant to the central plot. However, as it unfolds little by little, it becomes a key piece of Shyamalan’s puzzle. It draws a very powerful parallel with the main storyline, in that people who suffer from split- personality disorder may have lots of identities living within the same body, but it’s the medically sane ones that often hide the real monsters under their masks. Because they deceive by choice.

And the unlikely positive message, delivered by a few of McAvoy`s 23 characters, is that we can be whoever we want to be, as it’s all in our minds. We are capable of transforming our very nature fundamentally, down to its genetic core. On paper, it may sound like a quote from a cheesy self-help book or an “inspirational” Instagram post. But within the particular frames of the movie, it makes for an unlikely positive message.

Not many films can deliver that while still being pretty creepy.