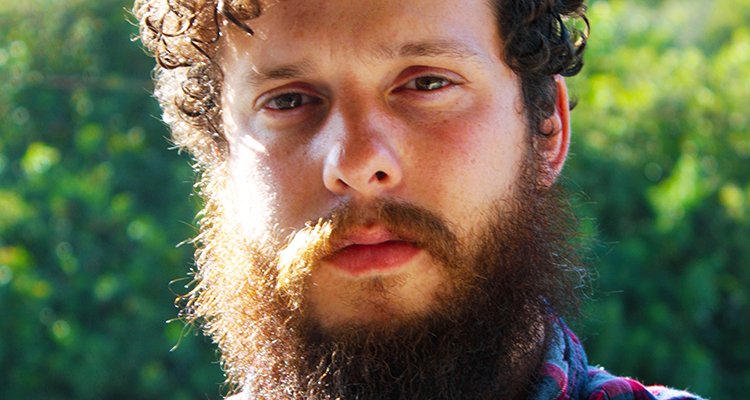 This week, we sat down with Jack Lynch, the brain and beard behind Jack Earl Company, a company with facial hair grooming on its mind.  As any man with facial hair will know, the products out there are limited, and after suffering the same, Jack decided to make a change.  A start-up entrepreneur, Jack has taken the example of living the original life and delivered something to help others do the same.

FactoryTwoFour:  Thank you for taking time out of your day to speak with us. Who is Jack Earl and why should we trust our beards with him?

Jack Lynch: Jack Earl is named after both of my grandfathers. It is a tribute to the men they were and still are to this day. I’m also named after them and I wanted to carry on the same traditions they did. Both were in the navy and were entrepreneurs, so I am following in their footsteps.

Why should you trust us with your beard? Our main focus is to use quality ingredients in all our products made in small batches. I believe this benefits the customers with a better product experience.

Quality ingredients are not something that is just all natural or organic. They are ingredients that still have their natural scent and color. This is important because when oils and other ingredients are deodorize and decolorize they lose nutrients that will benefit your skin and hair condition. In using all natural and organic ingredients my products are specifically formulated to lead to healthier beard growth.

Working in small batches was inspired by small batch whiskey and bourbon. You may have noticed that I number each product according to how many are in a batch. Most of my products that are directly purchased from me are less than a month old for most batches are made to order. Every batch is sold within 2 months, which is not the case for most companies.

What made you decide to develop your own line of beard grooming products?

Actually, we didn’t start with beard products at all, it started with hair pomade. I was gifted with hair pomade (Garnier Fructis) and I noticed that when I used it my hands would start itching. I did some research and found that 80 percent of products have two or more indigents in what the media calls “The Dirty Dozen.” So I figured I must be allergic to something in pomade. I then decide to start making my own pomade. Aftershave and pre-shave oil shortly followed because I use to wet shave (straight razor) when I was in the navy. Then about two years ago I started making my own beard oil and mustache wax. I was working in the Film Industry until last August (2013) and decided that I was getting tired of working ridiculous hours for someone else, so Jack
Earl Company was born. 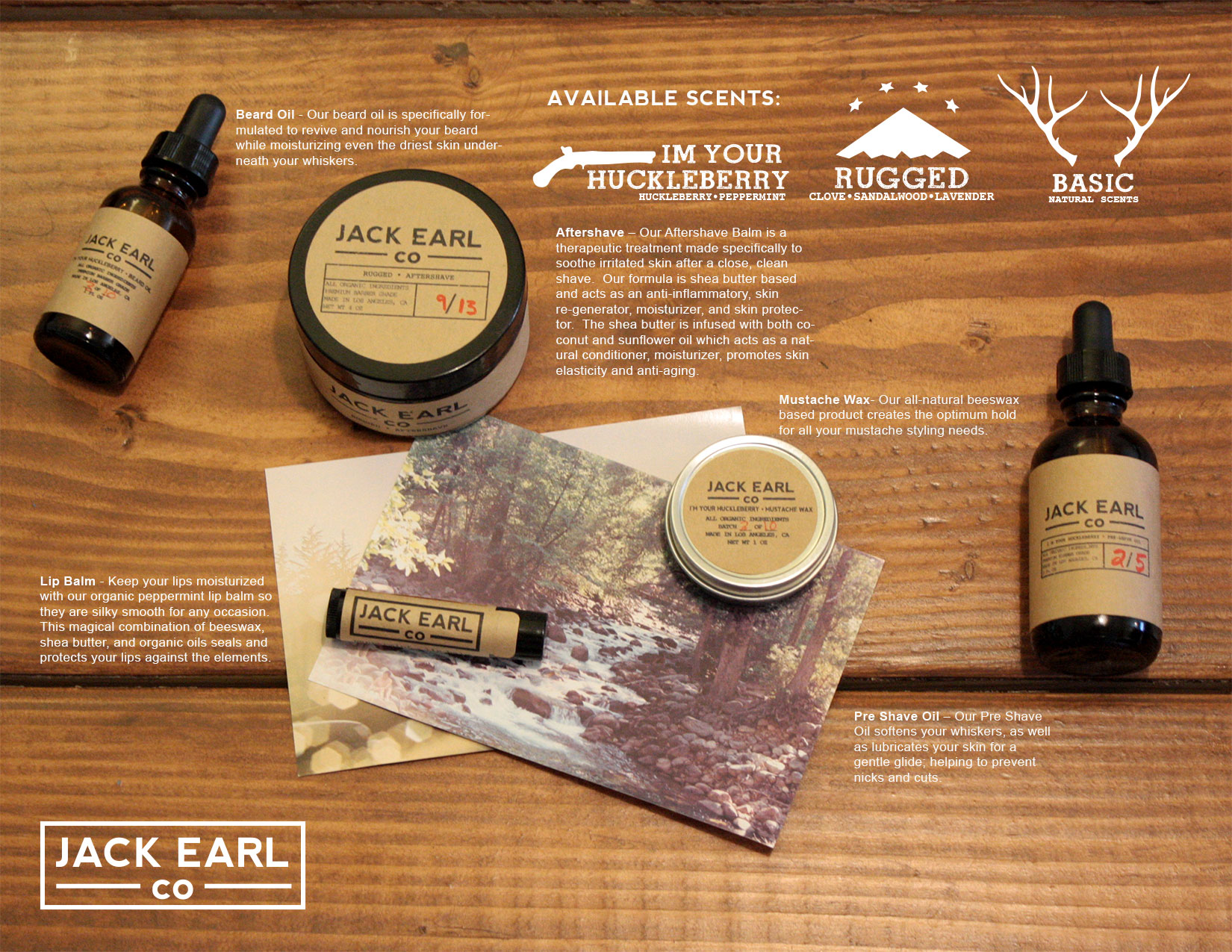 Are your products significant other approved?
Definitely YES! Beard oil will condition your beard and make it nice and soft for that woman or man in your life. Mustache wax will help keep your mustache out of your mouth while you’re eating and kissing….Also my girlfriend loves the I’m Your Huckleberry scent.

How would you describe your facial hair?
Three words: Soft, Full, and Thick.

What tips could you give for those who are facial-hair challenged? How would you trim neck beards and mustaches for maximum epicness?
Most of the time guys that are facial-hair challenged are guys in their late teens and early twenties. Sometime it’s all about timing. Sometimes getting healthier (diet and exercise) makes all the difference in facial hair. Sometimes it’s genetic. Either way you’re not shaving.

My basic rule for beard grooming is to go to a barber who knows what he is doing when you start growing a beard and mustache for the first time. They can set your facial hair up for you the first time because they know what works for your face better then you do. Don’t go until you’re three months in. While you’re waiting for that 3 months to come up, you should maintain your neck line. I suggest finding the top of your Adam’s apple and draw an invisible horizontal line across your neck. Anything below that line should be shaved. Anything above, leave it, you do not want chin strap beard that will lead to a weird chin curtain.

If you want an epic mustache just leave it alone until you need to use mustache wax. Use a soft mustache wax to train it, and trim the split ends off with scissors.

Should every man grow a beard?
Definitely! Every man should grow a beard for a year without trimming it!

How do you feel about ‘beard’ being used as a term to describe a girl being used to hide the fact that a man is gay?
Indifferent since society doesn’t really need “beard” anymore.

To check out the full line of Jack Earl Company products, head over to http://www.jackearlcompany.com.