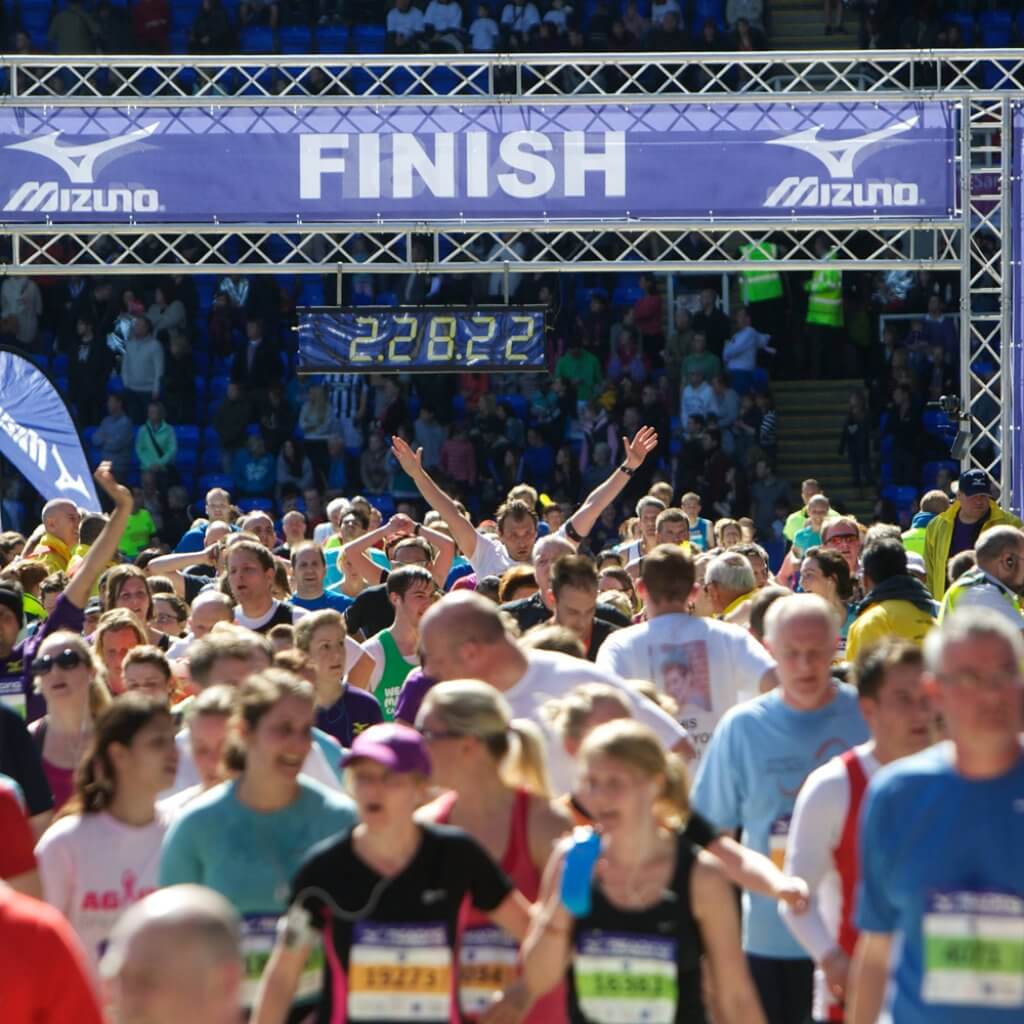 How to Run a Half Marathon

Everyone begins their year with some sort of “resolution” and this year I wanted to successfully run a half marathon; a daunting task for someone like myself, who doesn’t have the super skinny runner’s build, and typically likes to stick to the weight-room and an occasional weekend soccer game in the park. After the many training miles, blisters, and mental preparation to keep myself going, I successfully finished my first half marathon with a sub 1:50:00  time.  Now, for you as the reader, it’s easy to make the excuse “oh I have X knee injury, or X problem keeping me from reaching this goal” — you can overcome this barrier, like I did. In the past I have suffered from hip issues, specifically sciatica, which in the end made me focus more in the gym, especially following high school.

As of now, I weigh 182 lbs and hit the weights about three times more than I go running — and let’s be honest, that is not exactly a successful formula for running. Even so, after some healthy smack talk from my dad and my good friend Christian, who also just finished his first half marathon to celebrate recovering from an ACL surgery, they had me motivated to beat the both of them.

From the start, my dad was a valuable source for tips on how I should train and what to expect come race day. The biggest thing he and Christian both said was that no matter what my best training time was going to be, comparatively I would run better on race day, no matter what! Whether or not there was a mixture of proper rest, a lot of adrenaline, and great execution of my training plan, they were right — I managed close to 4 minutes better than my best time previously. If I am being honest my biggest barrier to finishing was training myself mentally and physically to be able to run 13.1 miles. And not only that but to do it in a time comparable to my father and Christian (spoiler, I beat them both).

Generally on race day, for all you prospective runners, understand that if your start time is at 7 you will have to be awake around 3 am. Because the longer the competition, the earlier the start time tends to be, which is to protect you from running in the heat — any of you ever try running in 90+ degree weather? This includes driving to the bus pickup location, riding the bus to the start line, and then “patiently” waiting for the race to begin. Now the night before the race, I felt such a pressing mix of anxiety and excitement, that I didn’t really sleep more than 3 hours total because my mind basically told Mr. Sandman to jog on. After tossing and turning some more, I finally decided to get up and get my bowels going with a nice tall cuppa joe — the anxiety and excitement alone gave me enough issues to deal with, I wasn’t going to let having to poop mid-race ruin my time.

Once on the bus, everything became very surreal. I could feel an energy from everyone else on the bus fueling the that sensation. This only increased as we sat and waited as the bus filled completely and began the drive at which point a flash of panic hit me like a suckerpunch. I began wondering how capable I was, questioning my training, how much is this rain going to affect me? A nervous chatter began on the bus as multiple people began talking about their feelings about this being their first race — just hearing others confirm their fears helped to quell mine. By the time the bus hit the canyon everyone was dialed in and ready to push each other to and through the finish line. Our feelings of excitement only grew and as our bus pulled up to the start line everyone began cheering, I mean everyone was hyped up — I don’t know about the rest of the people on the bus but I felt like a damn superhero! 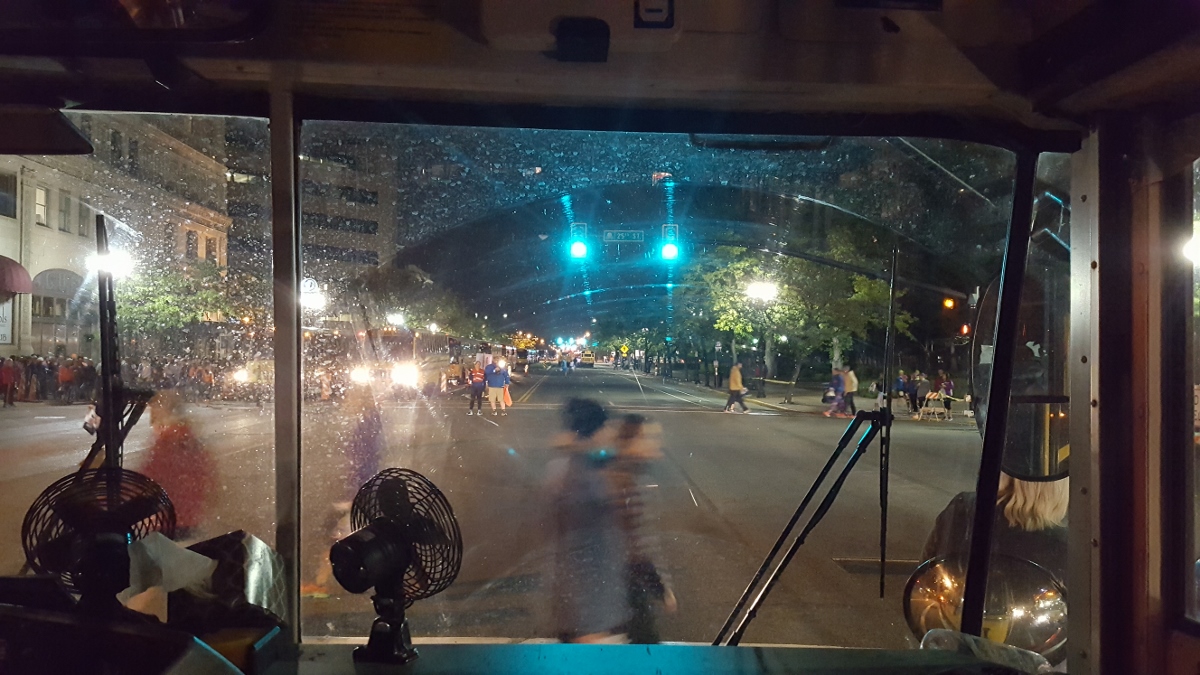 As time ticked closer and closer to the race start, my adrenaline was pumping.  At 1 minute to start, time truly slowed down for me. I could feel each individual drop of rain hitting my arms, I could hear the gravel crunch under crowd of shifting feet. Now when I say you could feel the anticipation amongst the crowd of runners, this was a physical sensation. Similar to the saying: when an unstoppable force meets an immovable object — something’s gotta give. With 30 seconds to start I noticed the announcers  had begun playing “The Eye of the Tiger” — I will rise up to the challenge of my rivals! 15 seconds left me slightly stunned as the chant of the countdown pierced through the music. At 10 seconds I felt the crowd rhythmically pulsating forward and back wistfully waiting for the starter gun. With 5 seconds left it felt as if time slowed almost to a stop, all the energy and sound around me was muffled. I remember looking at the clock and seeing the fractions of a second ticking away. 3 seconds left. I felt like someone turned the volume back on to my life — honestly it was an explosion of sound. 2 seconds. Glancing around, seeing the determination in everyone else, I knew it was time. 1 second.. This was it, time is up, no more bullshit. I am committed. And I will give this everything I’ve got. Let’s go baby. 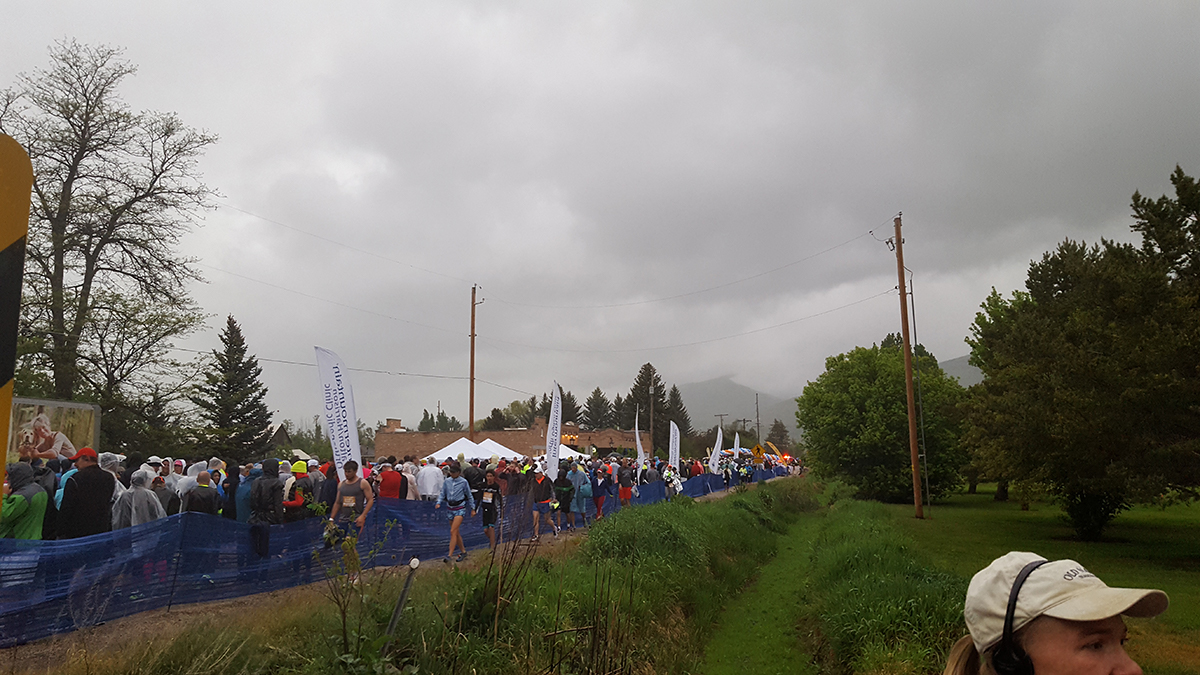