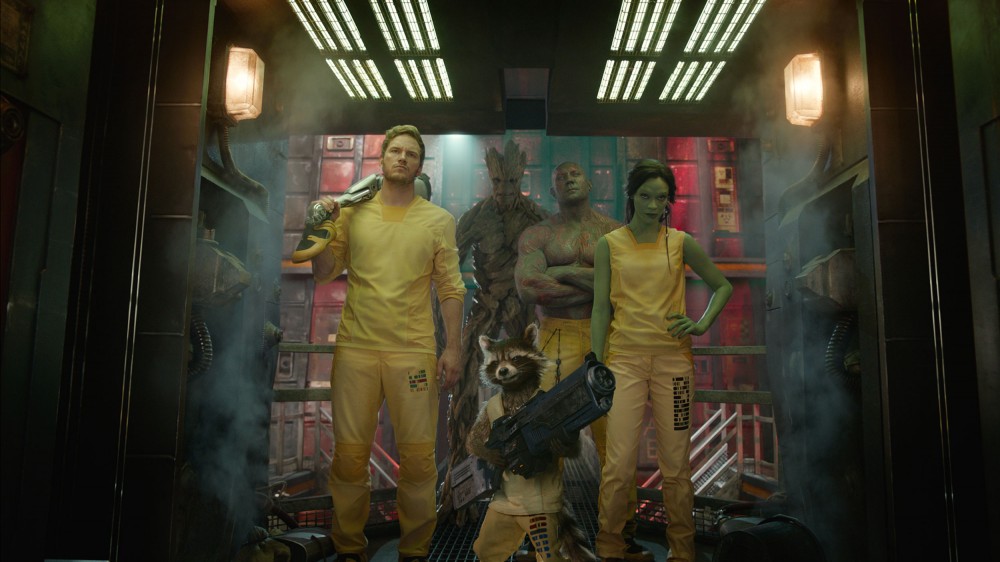 Guardians of the Galaxy: Made for Everyone

Guardians of the Galaxy has been out for several weeks now, and if you still haven’t seen it, I can think of a handful of reasons why. It’s surely not in avoidance of the long lines, because while the theaters are still chock-full of people seeing it a second and third time, the worst of the crowds have already dispersed. No, I’m thinking there’s something more significant going on . . .

I’ll take a stab and say maybe it’s because you’re a huge Marvel fan, and you can’t bear to see what the makers of this film have done to your beloved heroes, especially considering that one of the screenwriters was completely new to Marvel. Or maybe the exact opposite is true! Maybe you aren’t a Marvel fan – or a fan of any comic-book universe whatsoever – and you can’t imagine that this movie has anything to offer you. No matter which boat you’re sailing in, I’ve got good news for you. Guardians rocks!

Myself, I was sailing in the second boat. I enjoy a comic-book movie more than the average bear, but I’m not a collect-them-all kind of gal, and I certainly wouldn’t know if the film committed any egregious crimes against the Marvel canon. I will say, however, that many of my nearest and dearest do fall in that category, and they were more than satisfied by what director James Gunn delivered. They were, in fact, blissed out from start to finish by the characters, the dialogue, the action, the special effects, the humor, and the surprisingly touching storyline, as was I.

Truth be told, I mostly came for the raccoon. Kids these days have grown up with all this incredible CGI, but I’m old enough to still get a kick out of talking mammals, especially a heavily-armed raccoon with a twisted sense of humor and a keen eye for prosthetics. But the moment the film started, it was not the raccoon but the soundtrack that had me charmed. It starts off with 10cc’s “I’m Not in Love,” throws in some Bowie and some Joan Jett, then comes to a triumphant halt with the Jackson 5’s “I Want You Back.” It’s genius, as evidenced by the album’s #1 position on the Billboard 200 for the second week in a row.

The moral of the story? Come for the raccoon – or for the tunes – or for the all-star cast, but be prepared to stay for a fantastic movie, no matter which part of the galaxy you call home.