We all had our little Swiss Army knives as boys, but we’re men now and we need a pocket knife that’s grown up too. Thankfully, Gerber has grown up with us and introduced the GDC Money Clip.

Though not a pocket knife in the traditional sense the Money Clip’s 1.75” titanium coated steel blade would put most others too shame. While the knife is available when such a situation arises that you’re in need of a blade, the money clip portion provides the clip with everyday function. Capable of holding up to five cards the Money Clip is able to handle your essentials for those days you’re headed outdoors or just don’t feel like carrying the whole wallet around. And with its sleek design and sturdy construction the Money Clip will make you not want to carry the whole wallet around; even more so, it makes you never even want to put it down. 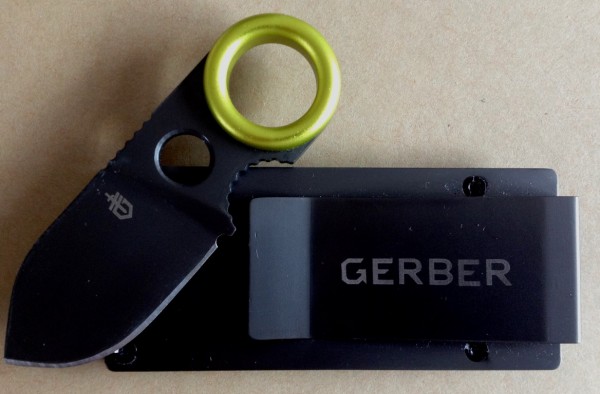 What I’ve enjoyed most about the GDC Money Clip is one of the intangible aspects; it’s a conversation starter. Whether you’re grabbing your credit card or handing someone a business card they tend to take note and when you flash them the discreet blade you can sense another Money Clip being sold. While I’ve already recommended it to numerous people, especially as a groomsman gift since it’s engraveable, I do have concern that over time sliding laminated cards on the steel could damage them, but I’m not to that point yet. All said and done the GDC Money Clip is one of my favorite, and by far manliest accessory I’ve ever owned; I just long for the day I have money to put in it.