The Queen of the Skies

There is something relaxing to me about walking through an airport. I know I stand out in that statement, but among the hustle and bustle of chaos, families running around from gate to gate, there is a general sense of wonder that brings relaxation to my day when I am about to travel. Walking through San Francisco’s international terminal was no different, but this time, there was also a sense of excitement. Headed through the crowd in front of my United flight, I took in for the first time the magnificent giant taking me on the first leg of an adventure. For the first time in all my travels around the world, I would be boarding what many consider the Queen of the Skies – the Boeing 747-400.

This flight, United 857, which would be taking us from San Francisco to Shanghai, is one I have been looking forward to for a while. Booked months in advance, I ended up picking this specific flight just for the experience, opting for the upper deck in United Business First for the full experience. Now, I know there are other great aircraft out there, including the new 787 Dreamliner, but there is something romantic about the 747, something that fed directly into my age-old love of flight and travel. I was about to experience the international travel icon of the past 3 decades.

Boarding the Queen of the Skies, we headed to the upper deck where we seemed to tower over the terminal below. The separate cabin was quiet and spacious, and as people found their seats, it was clear to see that there was more than enough storage space in both the overhead bins as well as the side cabinet below the windows. The seats had some great in-flight accessories ready to use laid out, and the crew was beyond welcoming and helpful in getting everyone ready to go. 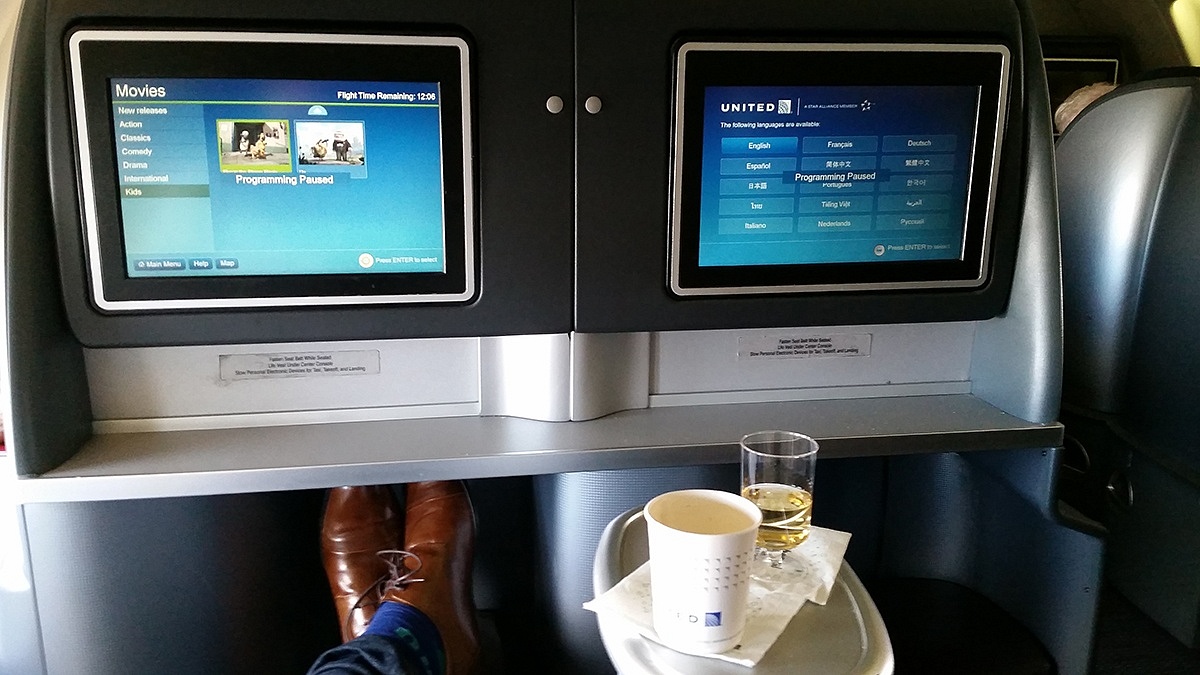 Sinking into the seat, I was immediately satisfied and comfortable with the little splurge in upgrade, especially with a 14-hour flight ahead of me. With Silver Premier status from United, I have had the pleasure of flying upgraded before, but this was a whole new level of experience, all surrounded by the romance of being on the 747.

It was at takeoff that you realize the upper deck provides a whole different flight sensation, So removed from the wings and engines and already high in the air, the jet lumbered down the runway until it started to lift off in such a smooth manner, you barely felt the change in height. To add to the experience, the flight crew played tour guide as we flew over a clear San Francisco, pointing out landmarks such as the Golden Gate, Alcatraz, and the piers. Too enamored with the view, I totally forgot to take photos. 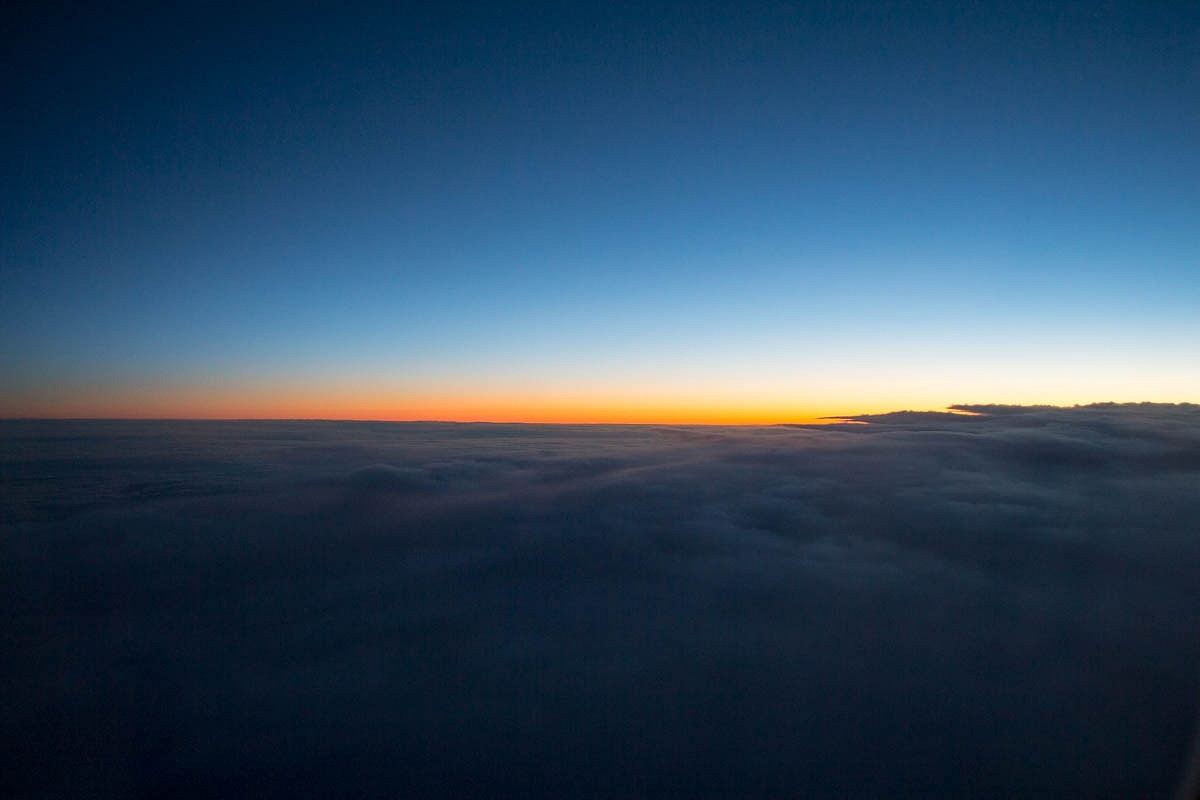 About half way through the flight, I looked out and took in a site I never thought I would see. Ahead of me was an incredible display of colors, with the full range of the sunset from pre-dusk to dark in one clear view. As we flew on, the clouds would break up revealing ice fields of the Bering Strait, broken up jagged lines covering the deep blue ocean. I sat in awe as this spectacle become more and more awe inspiring. Then as we headed down the Russian coast, the mountains seemed to go on over the horizon, jagged snow-capped peaks with small valleys sporadically placed between. It was a wonder to behold. The flight plan was an incredible arc, flying over Canada, Alaska, Russia, Korea, and then into China.

Back to the flight though. The Queen of the Skies crew was incredibly polite, serving dinner and snacks as well as taking time to talk to each set of customers about their trip, where they were headed, and showing genuine friendliness. The meals were incredibly delicious, and to top it all off with a little gelato sundae was the cherry on top (yes, I said it). Every moment of the star of this journey became part of the vacation itself, allowing us to relax before hitting the ground running, all while providing the best customer service I’ve ever had on a flight. 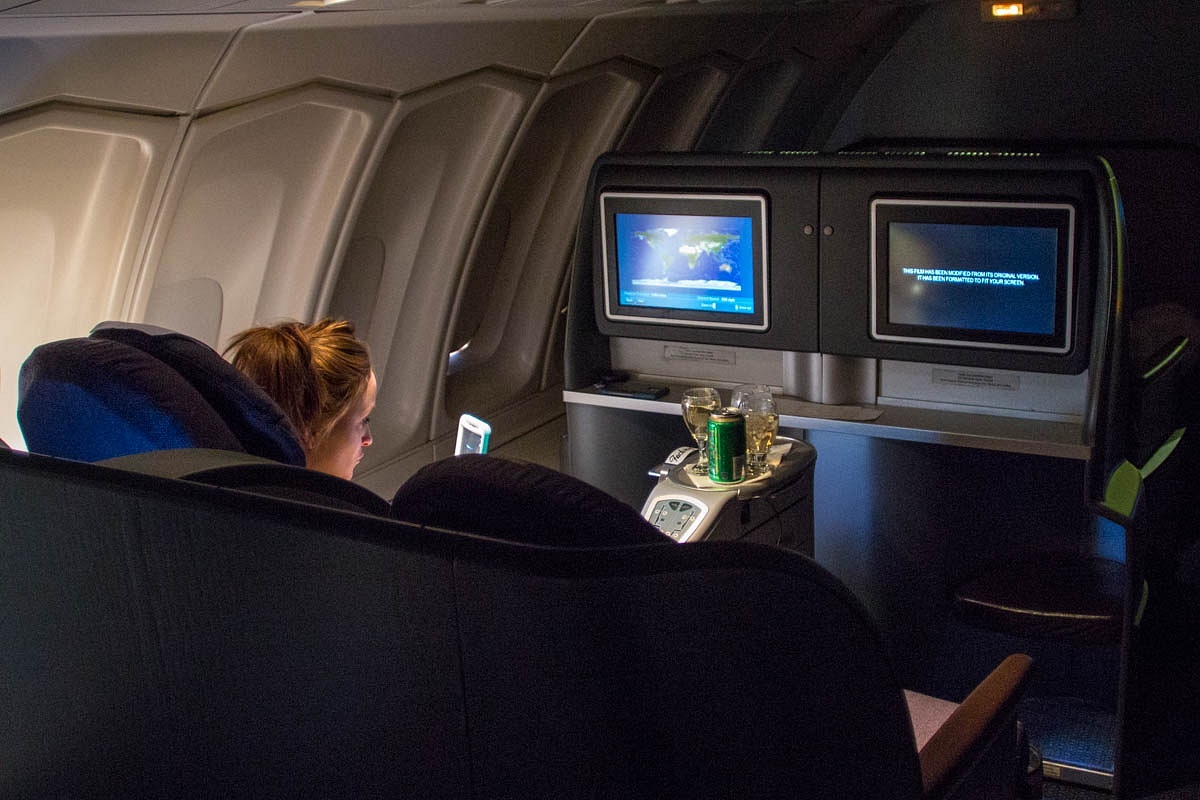 Settling in for the 14 hours of flight, all I could do was smile. Living out a boyhood dream of mine, I was experiencing the trip of a lifetime starting out on the Queen of the Skies. From the plane’s upkeep to the professionalism of the crew, down to the complete comfort and space in the seats, there is not one thing I would have changed. It was just as I had always imagined, just as I had always wanted it to be, and the start of the journey to Shanghai for New Years was off to a great start.

This is a sponsored conversation written by me on behalf of United Airlines. The opinions and text are all mine.