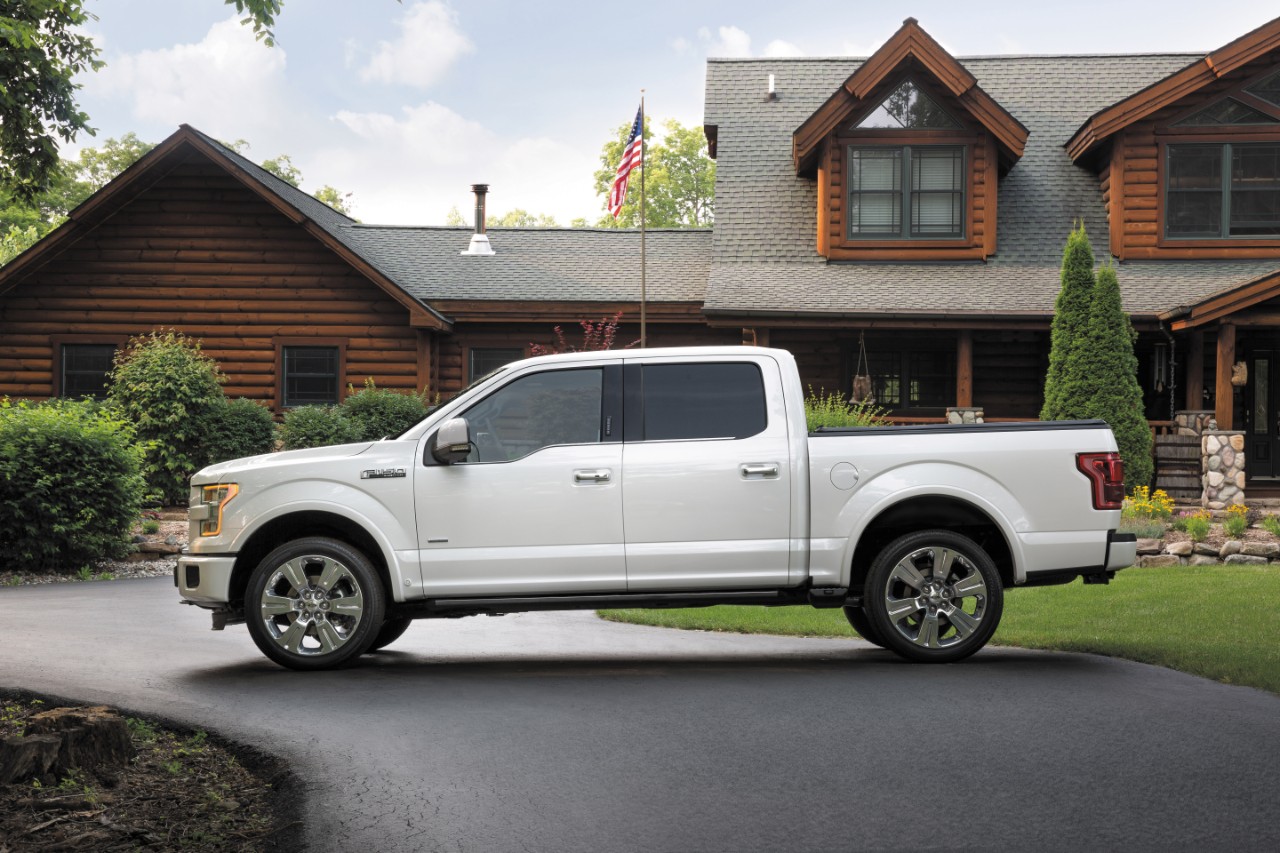 Everybody was baffled with the 2015 Ford F-150 reveal earlier this year. After all, the aluminum chassis represents a huge makeover for the bestselling US truck in the last 30 years. Competition such as GM and Chevy are probably having wet dreams on building a truck empire as Ford did with the F-150. So while the design has been impressively improved, the real wonder lies beneath the paint. Ford advertises the full aluminum chassis as being the most resilient yet, being able to withstand quite some beating and keep passengers safer in case of impact.

So, does the aluminum F-150 live up to its name? Let’s have a look on what the 2015 edition of the truck has to offer in terms of performance and design, and then decide for yourself: do you really want it for yourself or should you pass this time?

Although built from aluminum, the F-150 did not lose its truck feeling; it did however lose quite some weight, being almost 600 pounds lighter, depending on what options you’re willing to add to the base model. Even with the current diet, this monster still weighs 4,696 pounds, being worthy of the “truck” category. Any Chevy or Dodge RAM fanboy would anyways throw out the “I won’t drive something made out of beer cans” even if the actual aluminum construction of the F-150 rendered high crash test scores, never achieved before by a truck. The only considerably large piece of steel found on the F-150 represents the laminated firewall which does a nice job reducing the noise.

Continuing with what fanboys would tell, driving a truck made out of beer can material can’t get any worse. Or can it? Maybe if you’re propelling it using a can of soda. Yes, we’re talking about the 2.7 EcoBoost V6 engine. To be honest, we’re not entirely sure how many truck owners really give a damn about Eco stuff;|some people might now be able to look past the V6 anbd miss almighty V8 that trucks used to fit under the hood for the last 30 years. Even with all the bad words, this twin turbo 2.7 liter is more than able to deliver 325hp and 375 lb-ft of torque to the wheels, removing any bit of hesitation from this V8 loving driver. Its bigger brother, the 3.5L EcoBoost also poses a great surprise, since it stands above the V8 both in performance and price, and was a dream to have even on throughout the Colorado mountain roads.

Are you worried that these smaller engines won’t growl any louder than a malnourished coyote? Ford sound engineers thought about the issue; this is why the F-150 comes with discreetely included “sound enhancements” on the higher trim levels, allowing the 2.7 and 3.5 liter EcoBoost engines to provide the roar. And while I am not the biggest fan of sound enhancements in most cars, in the F-150 they did not feel overwhelming or out of place, and in fact did enhance the experience of the whole drive.

Given the lighter structure, Ford throws out a 6 to 10% increase in fuel efficiency; however, these numbers need to be tested on the long run.  During my test, I was averaged 23mpg between both highway and city driving, which was impressive with both the size and spirited nature of those drives. The suspension is rigid and calms down the truck on uneven rugged pavement such as Colorado roads, while the steering acts quickly and provides decent feedback.

Trucks are built mainly to last through harsh conditions and not get their bodywork totaled by a small rub with different objects. The great deal with the aluminum chassis is that you don’t have to worry about dents right away, as long as they don’t affect the suspension or steering; aluminum doesn’t rust so scratches exposing the metal beneath the coating won’t actually do any real harm. On the other hand, dents are almost twice as expensive to fix compared to steel, but not enough data around repairs of the new F-150 exist for an opinion to be made around the cost to repair.

As long as you are not hoping to get tractor like torque from either of the EcoBoost engines, going for the F-150 would be a great choice. The aluminum construction will last and ensure your truck will inspire toughness, and the new design helps it stand out from the previous design language and competition. The quality of the vehicle has also improved, showing the trend of trucks becoming family vehicles to not be slowing down. So should you buy it if you’re looking for a truck? Yes, and that is said with solid certainty, It not only hits on every aspect that makes a truck great, but the new traits and design takes the F-150 up to the next level in comfort and class, all surrounded by solid value for the investment. 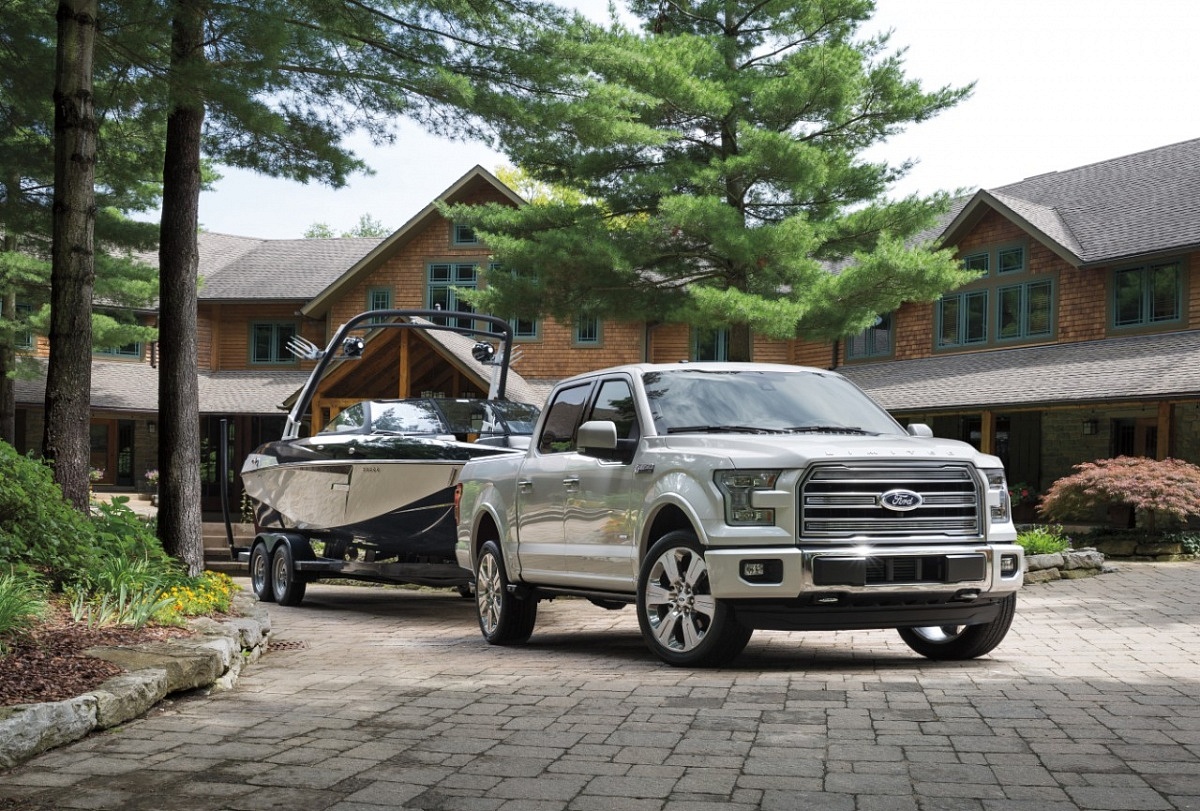