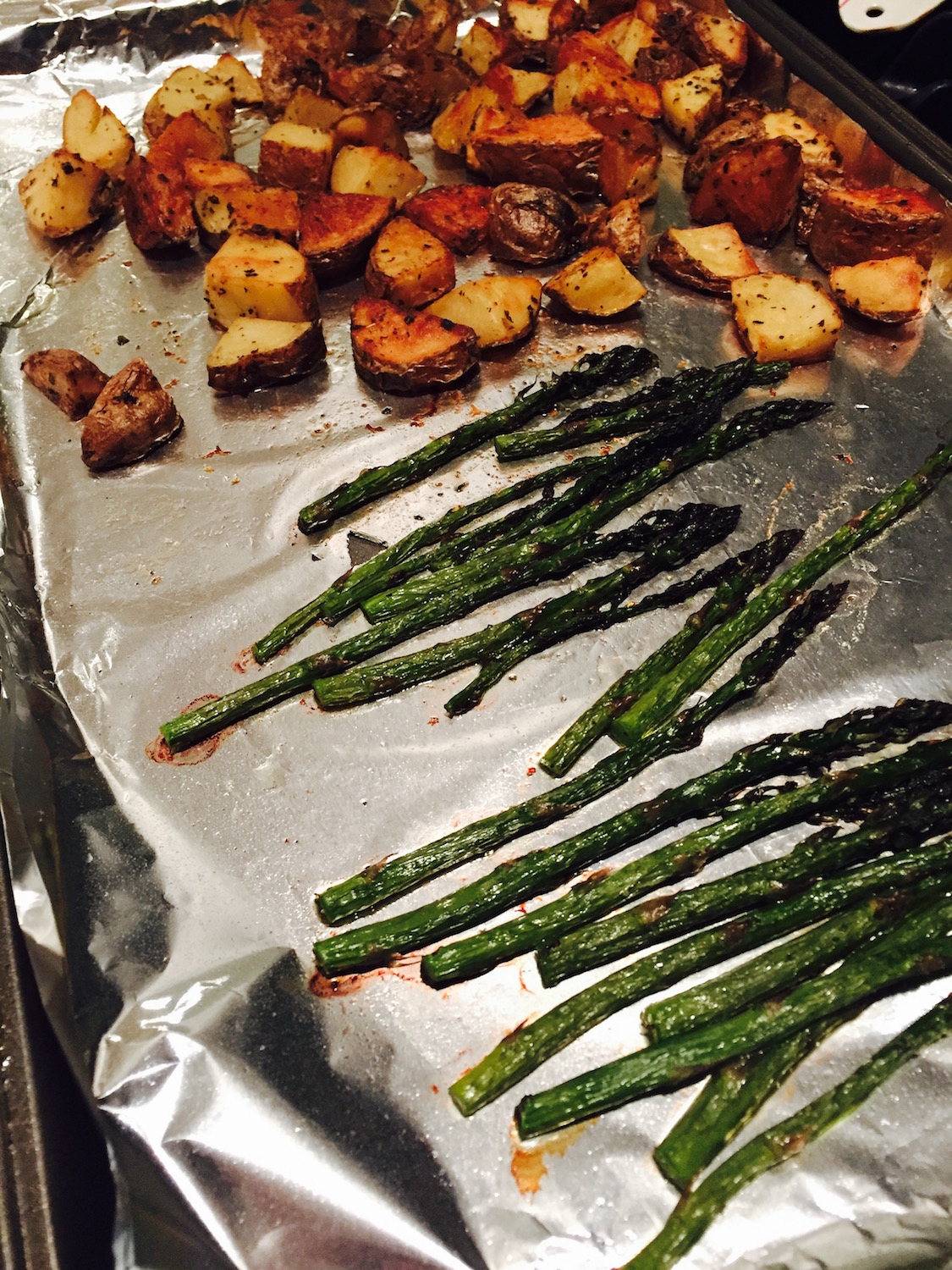 One of my favorite challenges in life is recreating food I’ve had in restaurants. Now, let’s be serious, I’m not trying anything on Gordon Ramsay’s menus, but there are small things like condiments and sauces, of which I’ve been known to make a great replica. One of these fantastic remakes is this sriracha honey mustard crack that we had at a great spot in Astoria. My roommate had one bite, looked at me and goes “MAKE THIS.” So I did. And holy crap is it good. We put it on everything – mostly chicken, but hey, let me know what else you come up with.

It had been a while since I whipped out this masterpiece, and this week an opportunity presented itself to cook for a new person, so I figured it was a great way to make an impression. Like everything else I make, this is incredibly easy, but boy, it sure makes people happy! I recommend it if you’re cooking for a date. 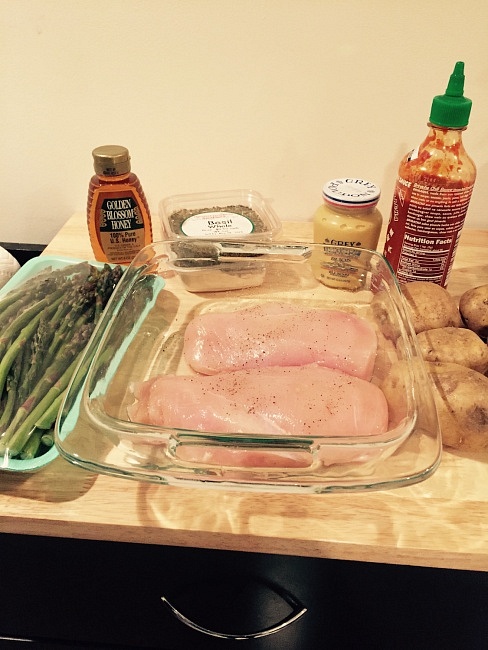 Preheat your oven to 325 degrees. It has to be this low for the chicken so since the potatoes will take the longest, do them first.

I generally over do it with potatoes (ask my roommate’s mom about Thanksgiving) but the usual rule is about one cup per person. You can never really have too many potatoes though, so go with your heart on this one.

Make sure to wash the potatoes well and cut out the eyes- it sounds gruesome but no one likes when their food stares back. Remember that the smaller you cut the taters, the crispier they’ll get. I personally like them to be extra crunchy on the outside so I go a little smaller. Plus there’s more surface area for all the yummy seasonings to stick. They can stay in for however long you want as they only get crispier, but plan for about an hour. 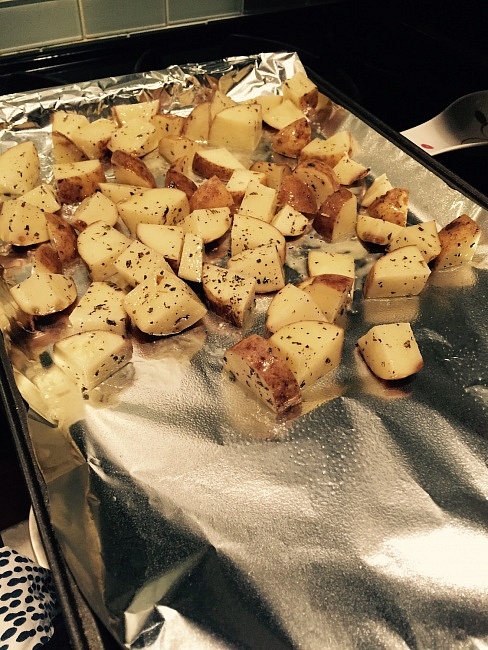 Toss these bad boys in some olive oil, salt, pepper and basil (use a big plastic bowl and don’t rinse it after!), and spread them out on a foil lined, non-stick sprayed baking sheet. Save room on the tray for the asparagus that will join the potatoes later.

Give your asparagus a pleasant rinse and then chop off about an inch and a half of the end (the stalk end, not the flower.) This is important to do otherwise it’ll taste like you’re be gnawing on a tree branch. Toss these in the same bowl you used for the potatoes, and just add a little more of the olive oil, salt, pepper and basil. 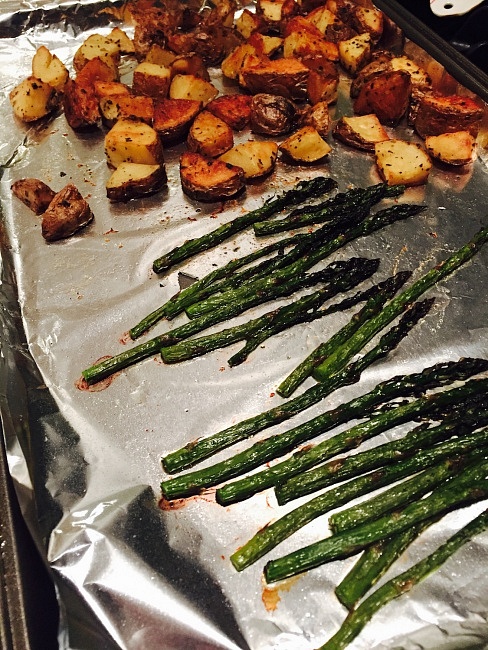 Now comes the sauce. Take a small sauce pan, and put it on the stove on low. I’ll be honest, I didn’t measure at all for this. It’s really one of those things that you can’t mess up but if you need specifics, start with a half cup each of honey and mustard, and just a few drops of sriracha. Keep adding and stirring constantly until it’s a nice smooth texture, and has the right balance of heat and sweet. 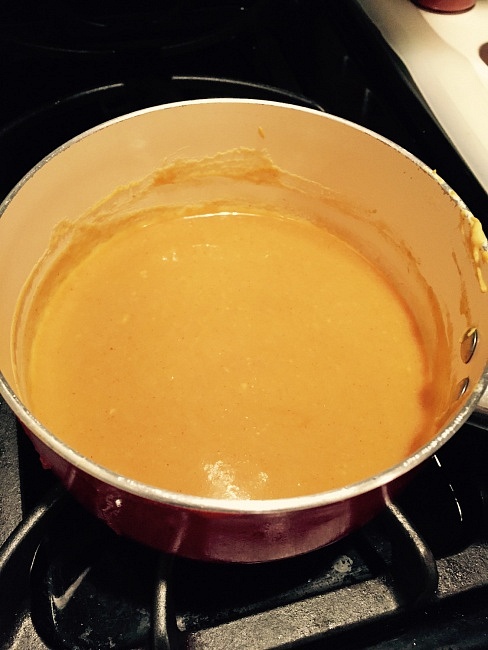 For the chicken, make sure it’s fully defrosted, and you’ve cut off all the gross, fatty looking parts. Lay them in a glass pan and sprinkle with some salt, pepper and onion powder. When your sauce is ready, lay it on thick all over this chicken. Flip the pieces over a few times to make sure it’s fully coated. The more sauce you have, the juicier the chicken will be. I wouldn’t put it in the oven until the potatoes are about halfway done, so that should be about a half hour in. Make sure the potatoes are on the bottom rack, and the chicken goes on top. Set the timer for 15 minutes. 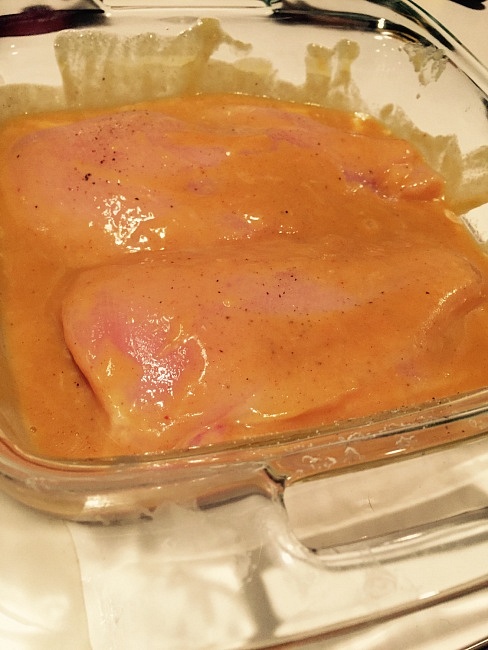 When that timer goes off, flip the potatoes, and take your seasoned asparagus and line them up in one layer on the other half of your tray. This is also a good chance to flip your chicken. Set the timer for another 10 minutes. After this timer goes off, cut into the thickest part of the chicken breast. It should still be significantly pink in there, so turn the oven on high broil and let it go for about five minutes. Check again and if it’s still pink, let it broil for a couple more minutes, or until the top of the chicken breast is extra golden brown. My chicken was enormous so it took a little longer. 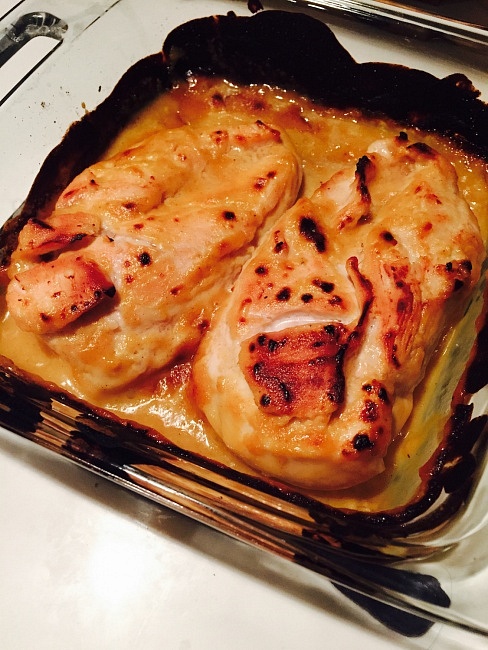 This was a new technique I tried thanks to my chef dad, and I have to say it’s the best chicken I have ever made (I’m not just bragging, it was confirmed by my dinner guest that the chicken was amazeballs.) 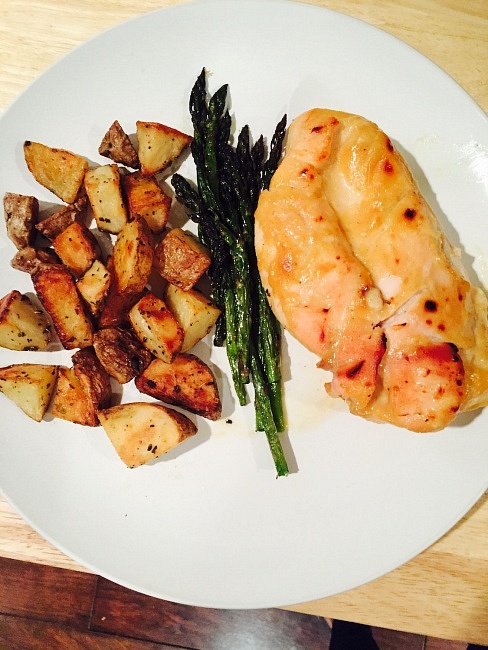 When the chicken is done, your potatoes should be crispy, the asparagus should be tender, and your chicken should be perfectly juicy but not pink on the inside. Plate everything, post it all on Instagram, and dig in! Feel free to give yourself a pat on the back because you just made yourself one badass dinner.

Side note- if you’re not into using chicken breasts, the sauce is perfect for chicken wings. Just use my recipe here and use this instead of Frank’s.