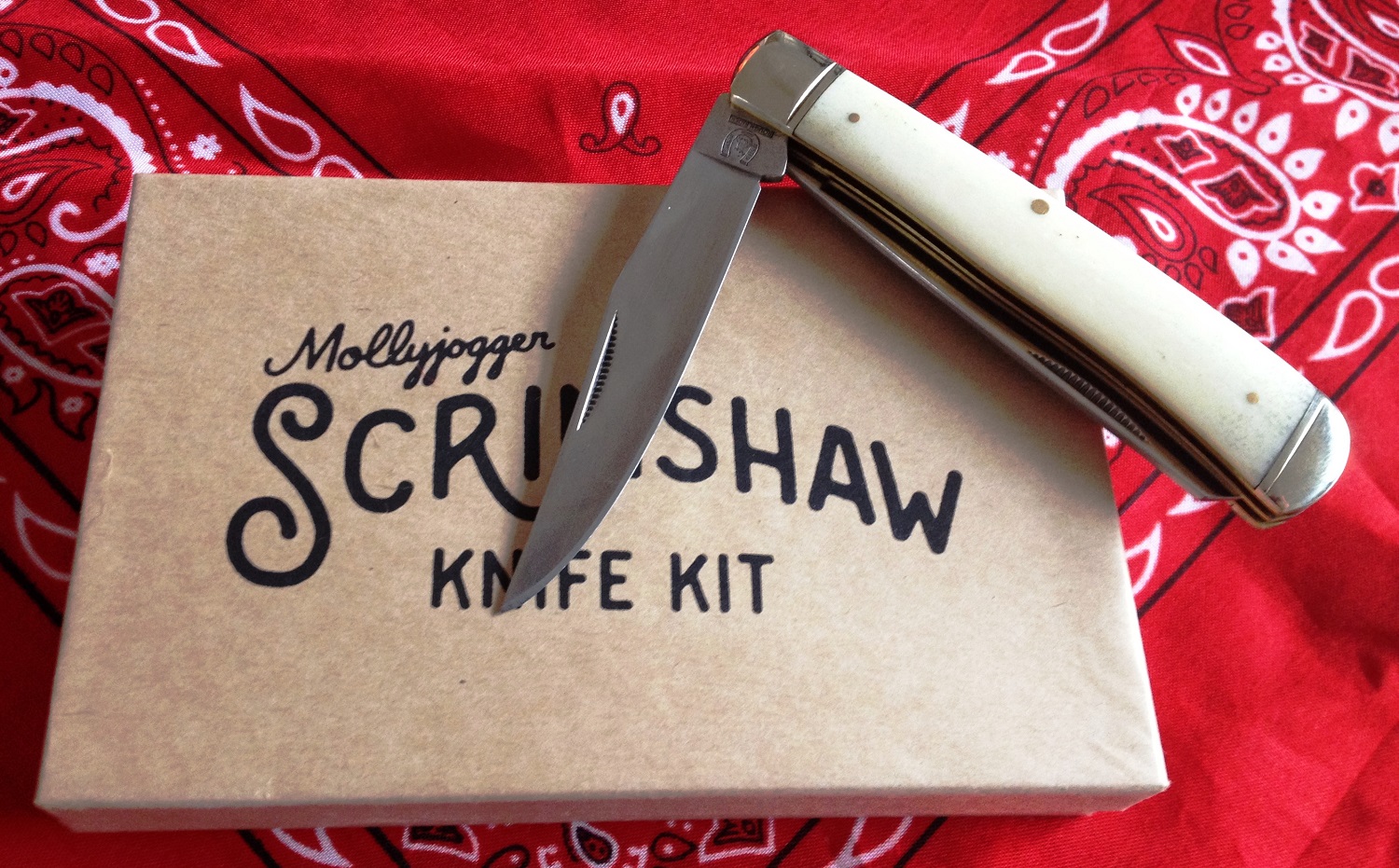 I had no clue what Scrimshaw was when I first came across this kit from Mollyjogger, but having always had a passion for knives I desperately wanted to try my hand at creating one all my own.

According to Mollyjogger, “Scrimshaw is an early American art form originating from the whaling industry in the late 1700’s. During the many idle hours at sea, a whaler etched drawings of nautical themes on items that were readily available to him such as sperm whale teeth and bones. His primary etching instrument was a sail needle, nail or pocket knife. After he scratched his art work into the surface of the bone, he would rub lamp black or tobacco juice into the scratch to reveal the drawing.” 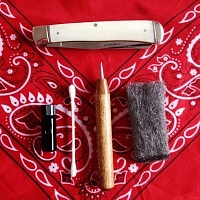 Wanting to keep inline with the nautical heritage of the Scrimshaw knife I opted to honor my love of F. Scott Fitzgerald by carving the title of one of his short stories, “The Offshore Pirate,” into the handle of my knife. The first step in making this happen is to apply your text or image to the knife using carbon paper and the bamboo tool, of course you can freehand as well if you’re confident enough. 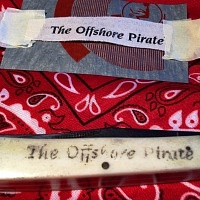 With the text or image on the handle you then have to trace over it with the Scrim Scribe. This process is difficult as you’re not immediately sure how deep to cut into the handle, it also really hurt my hand. Since I chose to trace I only had one shot since there was no way I was going to be able to realign the words properly to give the tracing another shot. The pattern successfully etched into the knife it was then time to apply the ink with the q-tips. I did this numerous times but each time I ended up removing all traces of ink as I was attempted to clean up the excess; I could not figure out how to prevent that from happening. This was my unsuccessful attempt…

I haven’t yet attempted the other side of the knife because I’m not finished trouble shooting what went wrong with this side, other an a lot. However, despite my failure thus far I still absolutely love this kit and for under $50 would recommend it for yourself or as a gift for anyone who likes to get hands-on. Just have patience because the process is a bit tedious and you maybe bad at it too, but remember: just because you give someone a football and tell him how to throw it doesn’t mean they’ll be good at it.