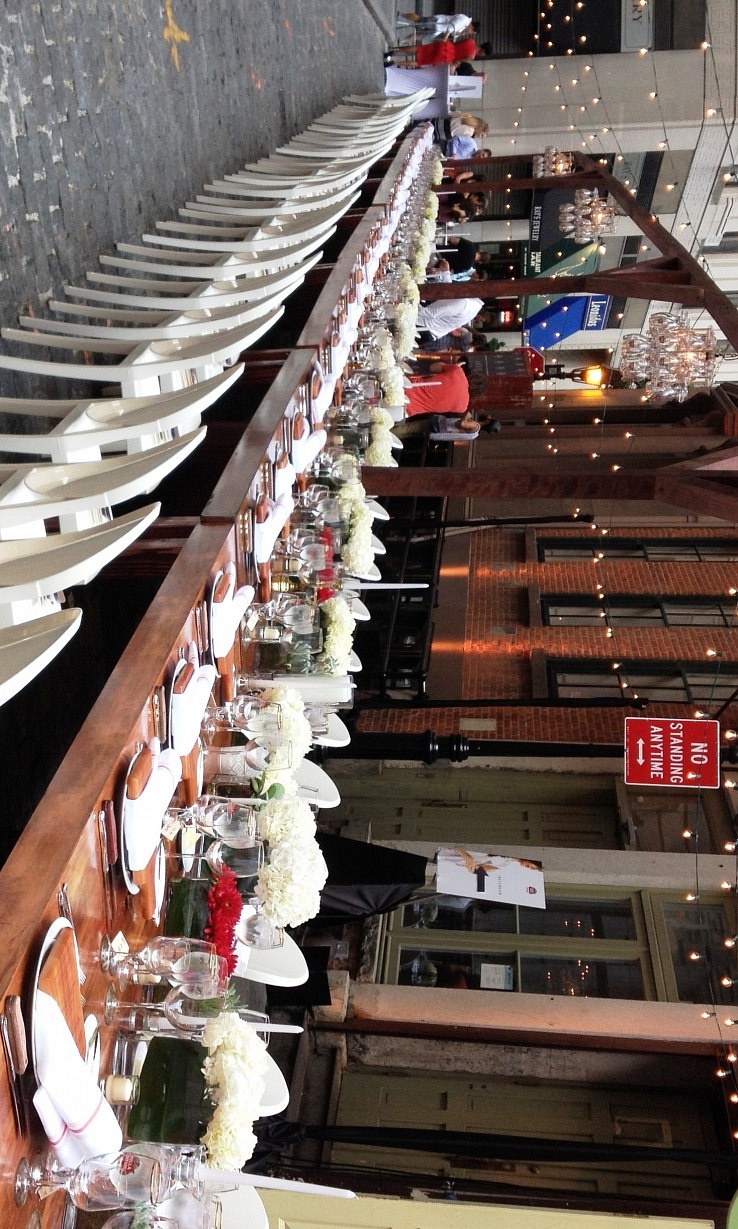 Stella Artois: “The Butcher, the Baker, the Belgian Beer Maker”

As the sun set on Belgian National Day (21 July) and the cobblestone streets of lower Manhattan Stella Artois was being hoisted into the air in honor of their new documentary series, “The Butcher, the Baker, the Belgian Beer Maker.” The online documentary series is being produced by Vice and will be split into three parts following Chrissy Teigen (model), Aliya LeeKong (chef) and Cara Nicoletti (butcher/chef) on separate culinary adventures.

Guest were first treated to an open air “market” were they could snack on a selection of meats, cheeses, breads, and of course Stella Artois. Afterwords all were seated together for a three course dinner of dishes inspired by Teigen, LeeKong and Nicoletti, who were all present. An engraved cheeseboard at each place setting provided the guests with a unique keepsake as well as presented them with the menu consisting of an Heirloom Tomato Galette, Steak Frites and Belgian Apple Pastry. Naturally, each course was paired with Stella Artois with the exception of the third course which was accompanied by the brands Cidre.

A stringed trio provided beautiful music through the night and, unknowingly to them, spawned one of the greatest lines of the evening as Teigen effortlessly dropped a Titanic reference, “Gentleman, it has been a privilege playing with you tonight,” as we talked about the music. As the music wound down so did the crowd departing with full stomachs and full hearts, the result of great food/drinks and great company on a Belgian National Day that won’t soon be forgotten.


Photography by Rob Kim/Getty Images.
Type to search or hit ESC to close
See all results