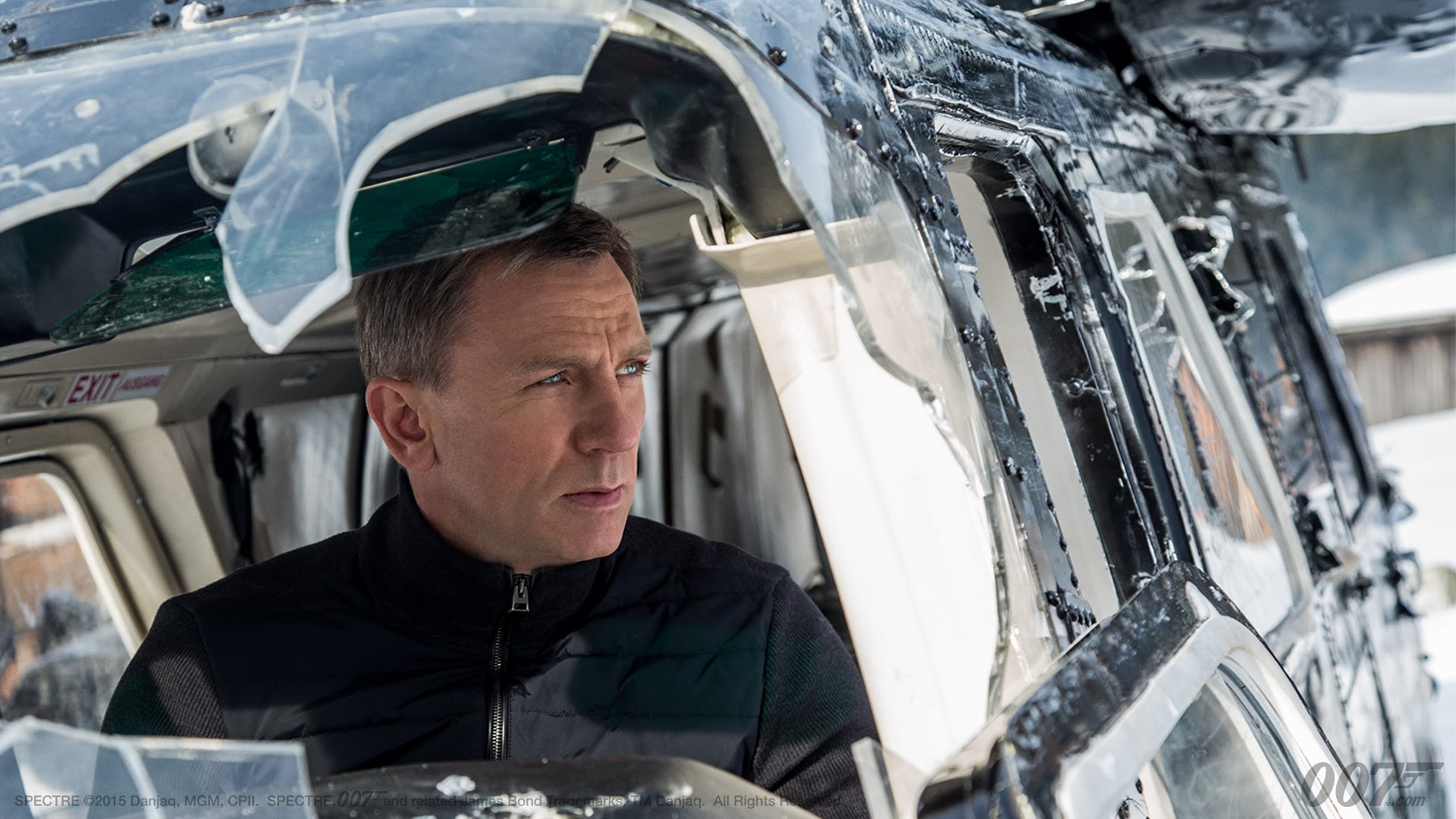 Daniel Craig is Messing With You

I’ve seen the new Bond film, Spectre, and while I will give you a review of it I’m much more interested in the possibly meta press tour that Daniel Craig is currently embarked upon. In case you’ve missed it, recently Mr Daniel has said time and again the he is “over” playing James Bond. This frank and brutal talk has taken up more headline space than the movie itself  it seems. But I’m here to tell you right now, after watching the film, he’s messing with us.

First – the film. Spectre is heavy on the action and drinking, but light on the womanizing and jokes. Not terribly different from the other Craig Bond movies then. This one seems to hit all the required 007 boxes, but not in a very enjoyable way. The story here seems to be more going through the motions than anything else. Oh but what motions they are. As always, there are exotic locals, even more exotic women, and baddies with very loose and not-really-thought-out plans for world domination. Is it a good Bond film. Yes, but only barely and because the bad Bond films have set that bar fairly low.

Now the really interesting part is at the end of the film. ***Spoiler Alert*** Spectre concludes with Bond seemingly walking away from the spying life. Now sure, many a Bond film ends with James riding off into the sunset with his newly acquired love interest only to find him back in the saddle in the next film. I get it. But this film makes James walking away part of it’s core narrative. Scenes are constructed and psyche explored around there not being a 007 anymore. And the final scene has him walking away as promised.

What I’m telling you right now is, Daniel Craig knows exactly what he is doing. He’s a producer on Spectre. He has a financial interest in how the film does after release. And right now, he is engaged in some next level trolling to fill those theater seats. And it’s working. The actor is still playing a part, and he has taken the movies narrative beyond the 4th wall. Everyone is talking about him quitting his Bond contract (even though he still has one movie left in it), and they are clearly flocking to the theater to see what all his fuss is about. Then the last scene waves goodbye and the fictional world and the real world meet with Bond walking away. It’s a put on. It’s part of the PR master scheme. Daniel Craig is messing with you. And it’s selling more tickets than TV commercials ever could.