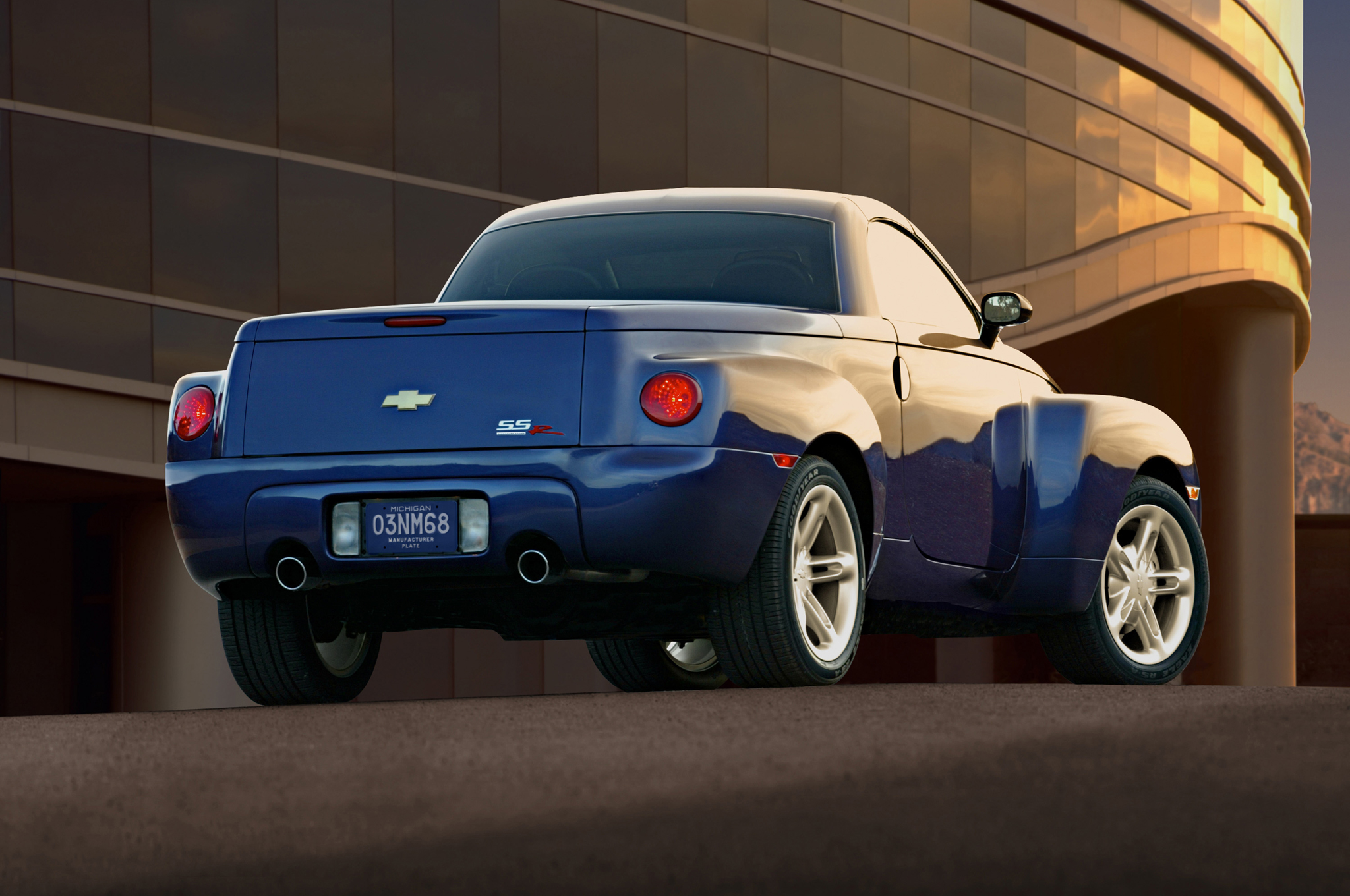 The customer is always right.

You would think this simple ethos would produce straightforward results for automakers.  All one needs to do to build a successful car is to poll what people want, and then build it.  Carmakers aren’t really pollsters, so they typically go the concept car route, and gauge reactions at auto shows.  So, any car that previews well should be a smash hit for its maker, right?  Unfortunately for the car companies, it’s not that easy.

This is a particular problem when the auto-giants try to build a factory hot rod.  One classic example of this is the Chevrolet SSR.  When the concept debuted, crowds went wild for it, and it’s not hard to see why.  It was a retro-styled, hot-rod truck.  It was a baby-boomer’s nostalgic dream on wheels.  It had a fire-breathing V8 engine, classic pontoon fenders, a slick interior, and a retractable hardtop roof.  It was a Mercedes SLK with attitude and a beautifully-finished wood-accented bed out back.  Naturally, GM listened to the hype and quickly set about raiding its corporate parts-bin to build the finished product.

Thanks to its extensive donor parts list, GM was able to move the SSR from concept to production in remarkable time.  They also achieved the rare feat of making a production car look mostly like its concept.  The mundane realities of legal safety requirements did little to alter the SSR’s shape – thanks in large part to its simple, SUV-derived ladder frame.  With the body relieved of structural support duties, the stylists were free to exercise their imagination.

SSRs filtered into GM dealerships, and the salespeople waited, salivating, to beat-back the desperate hordes of SSR buyers.  But the buyers never really appeared.  Away from the dizzying lights of the auto-show circuit, a more harsh reality emerged.  Factory hot-rods are not good investments.

Some were disappointed by the SSRs standard 5.3L V8 from the Chevy Trailblazer.  It’s a perfectly fine engine for workaday duties, but it lacked the poke the mean bodywork seemed to promise.  GM quickly sourced a brawnier V8 from the Corvette, and added a manual transmission to the options list.  It was too little, too late.  Initial shoppers had tainted the SSR with a slow reputation.

The Woodward dream-cruisers didn’t really mind the lack of grunt, but there’s something faintly un-satisfying about seeing classic shapes rendered in contemporary metal and plastic.  There’s also little fun to be had in having GM build your hot-rod for you, rather than doing it yourself.  A few hopeless romantics shelled out for the SSR, but most continued right on buying 50 year-old trucks and building their own “authentic” hot rods.

Then GM had the hardest sell of all – the mainstream buyer.  There are many more people who would love to have a convertible two-seat pickup than can afford to have a convertible, two seat pickup.  At over $41,000 a decade ago, the SSR had a steep price tag.  It’s also difficult to make the practicality sale when your truck’s bed is lined with oh-so-scratchable wood and super-absorbent carpet.  Not helping matters was the hard tonneau cover.  It did make for a secure bed to stash belongings in, but inevitably they will all migrate the front of the bed, where the cover is hinged, making them frustratingly difficult to retrieve.  You can also forget hauling oversized cargo.

Today, we can look back on the SSR as an embarrassing, cynical cash-grab aimed squarely at hopelessly nostalgic buyers, but let us not forget that GM was only giving us exactly what we (and they) thought we wanted.  Be careful what you wish for…